A news story today about a fire in a Vicksburg, MS theatre reminds me once again about the dangers that lurk in buildings that are full of dark corners, electrical connectors, combustibles, and just plain junk. As someone who spent most of his working life in theatres and in a theatre that was a decided firetrap, I am thankful that no lives were lost in Vicksburg. But whenever I read of a theatre fire I do remember that the epochs of theatre history are often marked by them.

London's famous Covent Garden burned down in 1807 and again in 1856. The English dramatist Richard Brinsley Sheridan was the proprietor of the Drury Lane Theatre in 1809 when, despite the presence of an iron safety curtain and huge water tanks in the flies, it fell victim to flames. There is a famous story that Sheridan was found drinking wine early that morning at a coffee house. A friend commented on his apparently stoic acceptance and Sheridan replied, "A man may surely be allowed to take a glass of wine at his own fireside."

The most horrible theatre fire in the United States remains the Iroquois Theatre blaze in 1903 in Chicago. Over six hundred people, mostly women and children, perished in minutes in spite of a rapid response by Chicago fire fighters to the downtown Loop location. This disaster sparked many improvements in theatre safety, including fire proofed scenery, lighted exit signs, and panic bars on doors that must open out not in.

Though there is no indication of carelessness or disregard of rules in the Vicksburg fire article, new generations of theatre artists must continue to be on guard when it comes to safety. Richard Christiansen comments in his book, A THEATRE OF OUR OWN, that there is great temptation when struggling groups are faced with too many rules and too little time. "To avoid being shut down . . . they put a little money under the cash register when the building inspector comes to call."

Needless to say this is a temptation for a fate that noone would really wish for.
Posted by DramaJim at 3:55 PM No comments:

Lacking something to say today, I refer you to someone who has. Hit the button to find a fascinating article on the nature of blogging itself and how it may be lovely but a definite enemy of careful thought. http://www.christianitytoday.com/bc/2006/003/17.36.html

And if current diaries don't have enough snap, you can always try one from the 17th century.
Posted by DramaJim at 4:47 PM No comments:

On Thursday, June 29, the Appropriations Committee of the U.S. Senate will recommend next year’s funding level for the National Endowment for the Arts. Senator Dick Durbin of Illinois is a member of the Appropriations Committee and it would be in our national interest to urge his continued support for an increase of $10 million for the NEA. You can help make a difference in a couple of minutes by visiting the Americans for the Arts E-Advocacy Center and contacting him or your own senator if you are not from Illinois. From this site you can send a stock e-mail, a mix of your own thoughts and the stock thoughts, or can do your own letter entirely.
I encourage you to at least add a paragraph that refers to any other local arts agency that you support. Though the Senator himself may not read your message, the aides who receive and track these things look for affiliations that may represent more than an individual vote.
Posted by DramaJim at 10:12 AM No comments:

Excellent article in NYT by Ben Brantley on the new Stoppard play that has just opened at the Royal Court in London. As you might guess from the heading of this blog, Stoppard is a personal favorite of mine.
Posted by DramaJim at 7:48 AM No comments:

Nice note from my son this morning with a web site that lets you tour the new Guthrie Theatre in Minneapolis. Goes well with a feature that was printed in the Chicago Tribune this weekend. Check it out by clicking HERE. It's with a bit of nostalgia that I note the eminent razing of the original Guthrie. It and the presence of Sir Tyrone himself was what attracted me to the Unversity of Minnesota in the summer of 1964. The five week special course taught by Guthrie comprised the first of my PHD hours and we returned to the Twin Cities for each of the next three summers and then for a year and half in the late 60's to complete my doctoral course work. We saw most of the Guthrie shows in those years and what feast they were. Geeorge Grizzard in Henry V, Hume Cronyn and Jessica Tandy in the Cherry Orchard, Volpone, The Oresteia, and many more.
Posted by DramaJim at 7:26 PM No comments:

A week without grandchildren is a quiet week. The quiet is good, but the lassitude it produces is not conducive to getting a whole lot done. The heat and humidity add to the sense of lazy slowness. You sit with that extra cuppa. You actually finish a book. In this case it was GIELGUD; A THEATRICAL LIFE by Jonathan Croall. It is an exhaustive production by production narrative of "Johnnie's" entire career--all 96 years of it. The sometimes numbing detail is offset just often enough by a sharp observation or a pleasing anecdote to keep you reading on toward the next big success or humbling failure. Though we are told constantly that Gielgud loved gossip, Mr. Croall is, thank goodness, circumspect with it. We get a forthright coverage of the actor's homosexuality without resorting to sordid out of school tales about it. The concentration is where it ought to to be--on his performances as an actor and his work as a director. There is an excellent index and bibliography, which should keep this volume in any theatre scholar's library.
Posted by DramaJim at 10:40 AM No comments: 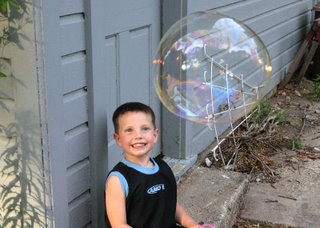 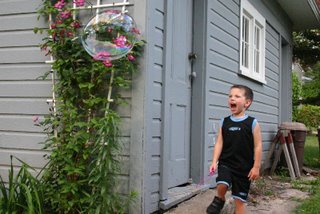 From one grandson to the other. And catch those flowers behind the bubble. 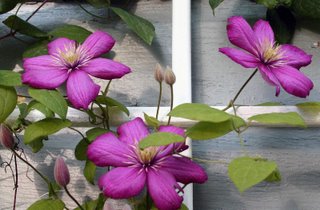 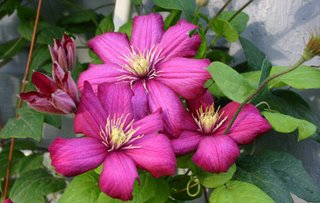 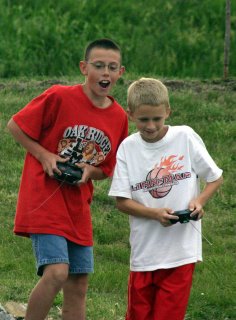 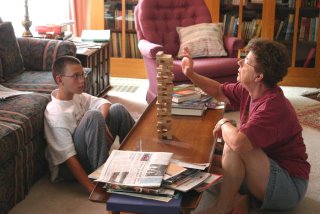 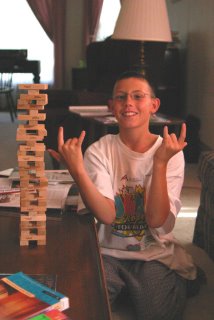 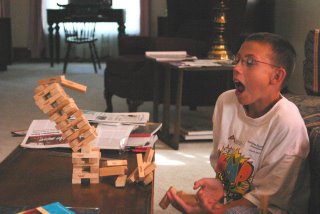 No Torpor this week; Grandson in town!

Our grandson is here to participate in our local course's golf camp. This keeps us hopping. Grandma is baking cookies; Grandpa is cooking up a storm with hamburgers, hot dogs, spaghetti, and all those other ten year old favorites. There's a big effort to promote activities other than TV in our house so we take daily trips to the library and we pull out all the old games. A particular favorite is Grandpa's old Carom Board. It is well over fifty years old and still going strong. They just don't make games like that any more.

Happy summer to all.
Posted by DramaJim at 9:11 AM No comments: