Though we still may get an icicle or two, the opening of our first daffodil makes its own point. Spring has arrived in the Midwest!
Posted by DramaJim at 8:40 AM No comments:

Eruption at the Warren County Library 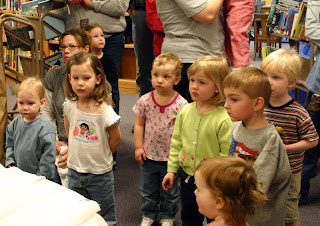 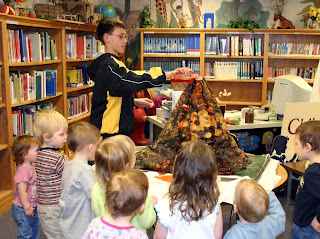 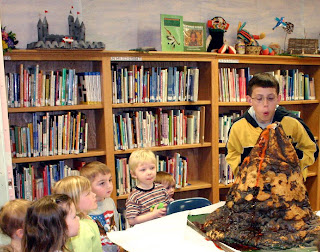 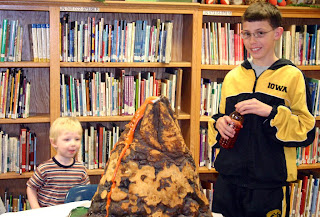 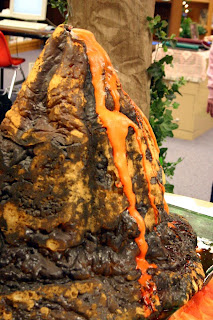 An old volcano came back to life in the Children's Room of the Warren County Library on Thursday morning, March 22nd. Grandson TJ decided that it had been dormant too long and mixed up some vinegar, food coloring, and baking soda in order to give the day's story hour attendees a little extra bang for their buck.
Posted by DramaJim at 11:47 AM No comments:

Chicago With the Grandson 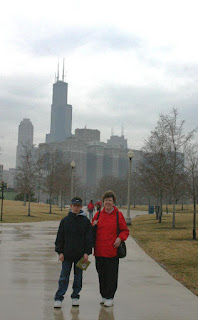 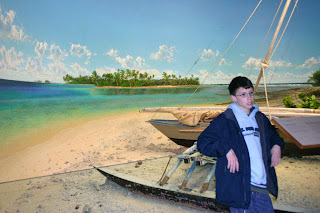 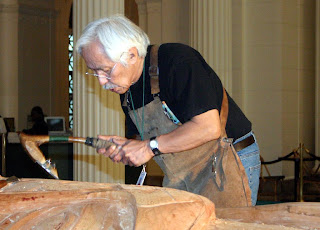 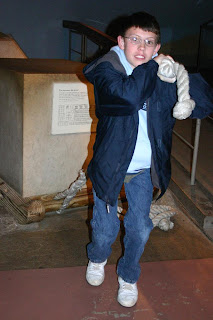 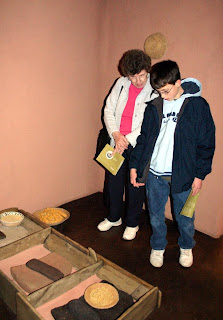 Taking the train into Chicago is not quite as exciting as riding the Chepe up to the Copper Canyon, but when you are eleven and have only had one other train ride in your life, it is still quite an event. It was a rainy morning but our destination was the Field Museum so there was no need to worry about the puddles. We spent several hours in the exhibits dealing with native Americans from South America to Alaska. We saw an Inuit man carving a new totem pole to replace one that the Field will send back to Alaska, visited the Egyptian tomb exhibits, and of course saw the big dinosaur skeleton called Sue. Grandma, Grandpa, and TJ had a great time.
Posted by DramaJim at 3:10 PM No comments: 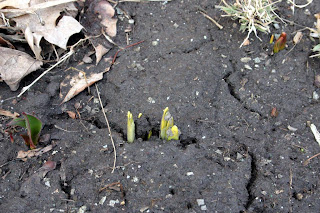 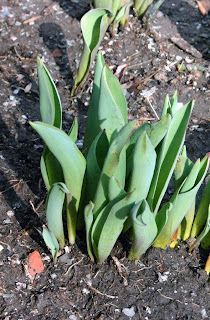 Posted by DramaJim at 2:47 PM No comments: 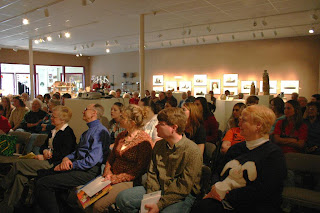 Almost sixty people, including two art classes from West Central High School, attended OFTA (Old F**** Talk Arts)on Wednesday, March 14th at the Buchanan Center for the Arts in Monmouth, IL. Photographer, John Vellenga gave a stimulating talk on how the manipulation of light can change a simple photo into a real work of art.
Some thirty of his own photographs are currently on display in the Buchanan gallery along with ceramics by Linda Sickmon. The show, titled Visions and Vessels, will be up until March 31st. Mr. Vellenga has also just had a prize winning photo in the Galex Show at the Civic Art Center in Galesburg, IL. 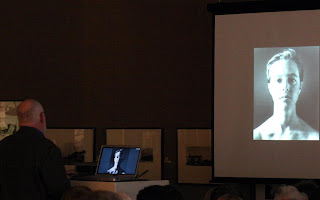 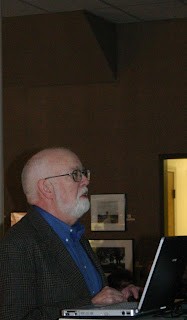 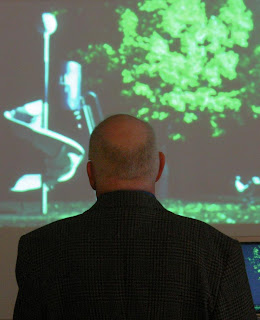 Posted by DramaJim at 9:05 AM No comments: 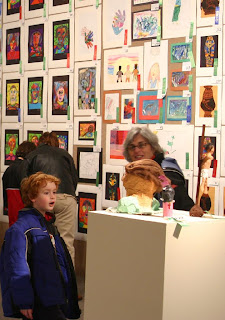 Today, March 13th, is Arts Advocacy Day in Washington DC.
Can you take a few minutes today to send a message to Washington DC in support of
the Arts? You can help by going to the web site below and sending a message to your representatives.

Thanks for your attention and thanks doubly if you find the time to express your hopes for improvements in arts funding at the federal level. 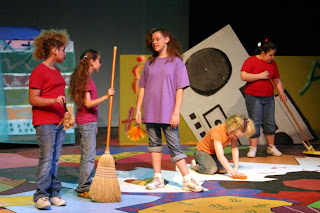 Posted by DramaJim at 9:33 AM No comments:

"The Oldest Profession" in Galesburg

Five old hookers
Are sitting in the park.
None are even close
to hitting their mark.

The Madam is sweet
and nice to the core,
but death comes a calling
and then there were four.

It doesn't take much more imagination to see the pattern in Paula Vogel's THE OLDEST PROFESSION. A quick internet survey indicated that the play had an Off-Broadway production in 2004, but was actually written in 1988. Most of the jokes place the main action in the early 1980's during the Reagan/Carter era which, given Bill Clinton's expansion of the world's sexual vocabulary, seems a bit of a shame. The lack of sympathy and social support for aging women in a man's world is still a relevant topic, so I would think that the play would not be overly harmed by some judicious updating.

We saw it last night in the cramped third floor taproom at Cherry Street in Galesburg, IL. It was produced by the Prairie Players Civic Theatre and directed by an English teacher at Monmouth-Roseville HS--Melissa Agar. Agar noted in the publicity for the show that there are relatively few plays that offer five good roles for character actresses, so this piece, like Robert Harling's STEEL MAGNOLIAS, can allow some of the older women in a company to have a bit of the limelight even if they must play stereotypical hookers with hearts of gold on the far side of fifty.

As their clientele starts to pass over, our ladies of the night continue to bicker and pass over themselves one by one. Each gets a sexy makeover and a boa as they dance their way into a glowing white-light heaven that is supposedly the New Orleans bordello where they began their careers. The jokes become more strained and less funny as their numbers and their pickings dwindle. Ursula, the successor to the first Madame, loses the group's nest egg in an investment scheme and with constant landlord problems, and no social security or medical insurance, it's hard to keep making jokes about old guys who can't get it up. Vera, the last of the five left standing, is finally reduced at the end of the sixth scene to picking through a trash container for food. There is probably a lesson here, but we weren't much in the mood for it after over an hour and a half of pretty predictable repetition. Given that the characters don't quite have enough time or depth to get into your psyche, the suspense of who will be next to go just isn't enough to combat a hard folding chair and a peek-a-boo view of the stage from the unraked floor.

Director Agar does a good job of keeping things moving on the tightly cramped stage and Larry Diemer's simple, functional park bench setting is up to the job. He even manages a few lighting effects in a space that clearly comes with no technical accoutrements. The women in the cast display some nice and often quirky character delineation and all seemed to enjoy their turns.

Even if the space and the play's plot development were not top notch, the price was right, the beer was cold, and it was nice to see a Paula Vogel piece that was written before she hit her stride with THE BALTIMORE WALTZ and HOW I LEARNED TO DRIVE. A rating of three 1/2 stars and thanks to the cast and crew of the Prairie Players Civic Theatre for a good value night out in Galesburg.
Posted by DramaJim at 11:06 AM No comments:

A Glimmer of Spring 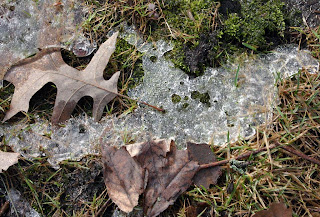 Yes it's there. Just a hint. But it's there. The last vestiges of ice in those secluded shaded pockets and the first peeks of daffodils to be just beginning to slide up from softened soil on the south and east sides of the house.

Rich or poor you can glory in the coming of Spring. 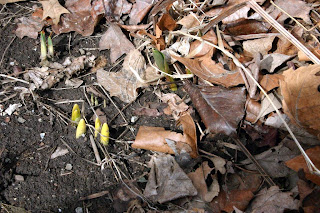 More Photos from the Opening 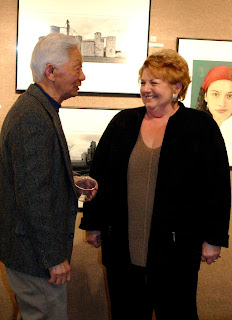 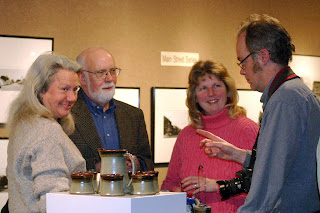 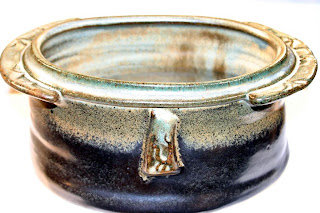 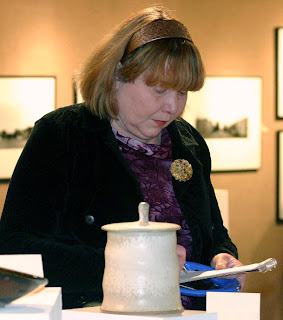 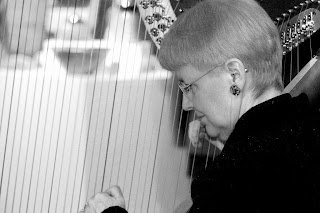 Visions and Vessels Opens at Buchanan Center for the Arts 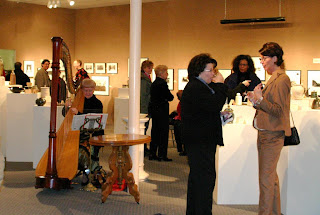 An exhibition featuring photographs by John Vellenga and pottery by Linda Sickmon opened last night (March 2nd) at the Buchanan Center for the Arts in Monmouth, IL.
Over fifty guests enjoyed refreshments and live harp music as they toured the gallery.
Posted by DramaJim at 10:54 AM No comments: