According to the great American actress Helen Hayes, “The hardest years in life are those between ten and seventy.” Wow! As of February both of us will be out of the “trouble zone.” Isn’t that reassuring? We can just sit back and watch while the current sad mess is turned over to another generation. No problem! Well, maybe still some problems, but we hope that every citizen, regardless of party, will extend wishes of success to President-Elect Obama in a job that would have been economically and politically daunting for either candidate.

While on politics how can I ignore the governor of our home state? We always say that we like our politicians to have convictions in Illinois and most of them do. The modern day solution is to sell the Senate seat openly via a TV Reality Show. Let’s hear it for “Survivor: Pay to Play,” or “The Big Race to Washington.” Governor Rod Be-gone-o-vitch will be the host. It will be a three week competition. All Chicago residents get to vote twice (once for themselves and once for their dead grandmother). Carpetbaggers will be encouraged; anyone from Joe the Plumber to J. Lo. can enter. Week one will put everyone through a Karaoke contest. Week two will have each candidate debate a federal prosecutor. And the final week will put all the survivors inside an iron cage for a Smackdown. The last person standing becomes Senator and can remain in the cage, which allows them to proceed to jail immediately without passing Go. No need for costly trials or impeachments.

But on to the year. The jokes are done and you can stop reading now with the knowledge that we have survived and wish you a Merry Christmas.

Jan continued in 2008 to supervise student teachers for Monmouth College, serve on the County Library Board, and co-supervise the AAUW Art Presenter Program. For the 35th anniversary this year they brought a children’s art exhibit and a guest storyteller named Sue Black to the Buchanan Center for the Arts. Over a thousand kids benefited from the exposure and Jan and Lila Blum received the Buchanan Center’s award for outstanding patrons of the arts in 2008. Did you ever think about the fact that the phrase “working mother” is redundant?


Jim remains on the board of the Buchanan Center for the Arts. He writes a monthly column for the Illinois Theatre Association’s newsletter and still sits on their board. His newest project is a fledgling County Historical Society. They are seeking to spruce up the town’s Pioneer Cemetery, relocate a County Historical Museum., and to exploit the community’s connections to Wyatt Earp and Ronald Reagan.


Son David continues with Honeywell in Minneapolis and stays active in music and drama criticism circles through his website www.howwastheshow.com He also “twitters” now. If that reference escapes you, don’t worry, it’s definitely a generational thing. Daughter Amy and husband Todd were not directly impacted by the flooding that destroyed much of central Cedar Rapids, Iowa last spring, but several of their friends were in the damage zone. Teaching remains recession proof so Amy continues to try to leave no child behind in spite of attempts by the government and administrators to bury all classrooms in tests and paper work. With construction work tough, Todd is spending a lot of time in landscaping and snow plowing.

The grandchildren are growing like Iowa corn. TJ turns 13 in a few days and is now taller than we are. Mikel has arrived in first grade and is doing well. Both boys have found baseball. (See the pics below.) The newest member of the family is a cute little Yorkshire terrier called Max. On a visit to our house last month, he endeared himself to grandma and grandpa by not piddling on the carpet, not yipping, and eagerly submitting to cuddling by any and all.

Travel was present but not as romantic this year. We made trips to see the kids and a number of drives to Chicago as Jim’s uncle (the last member of his dad’s family) slipped into Alzheimer’s. He passed away at the end of May. We continue to enjoy reading and playing golf and try to keep up a reasonable exercise program.

As I write this the cards and notes from many of you are arriving in the mail. They provide a reassuring and hopeful note that, in spite of difficulties, the world keeps turning. As Tom Stoppard says in the quotation that heads this blog, “--LIFE MOVES ONLY FORWARD--NEVER BACK!” F


We wish you and yours a Holiday Season with family and friends and a New Year filled with minimal pain and maximum joy and accomplishment.

All our best,
Jim and Jan De Young
Write anytime to jdeyoung@maplecity.com. And we’d love a visit.
Posted by DramaJim at 8:08 AM No comments: 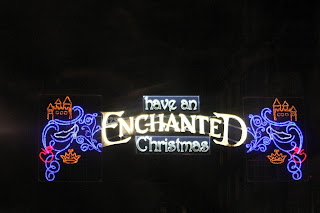 Posted by DramaJim at 7:54 AM No comments:

Where will Obama take the Arts?

If only our national economy had made as much progress in 2008 as some of our arts agencies. Unfortunately, we face 2009 with a host of uncertainties as to how the new administration will deal with the nation’s problems and how the whole of the arts community will fare in the mix.

President-Elect Obama's arts platform has been received enthusiastically by most arts advocacy organizations, but it is clear that federal, state, and local governments are going to find it hard to increase spending on the arts in the face of that now officially announced major “recession.” William Ivry, the former NEA chairman who is serving as the arts point man on Obama's transition team, recently canceled a scheduled appearance on an Arts Webinar because “The Obama team” was not ready to speak on the record about the specifics of any proposals.

Undaunted, the Americans for the Arts has joined other organizations in sending an arts policy brief to the Obama transition office. It deals with everything from the NEA to the role of the arts in education, the workplace, and in life. You can read this comprehensive document by clicking here.

One bright spot is a report from the Medill School at Northwestern University that claims that major Chicago arts organizations are “holding steady in the uncertain economy.” The article discussed institutions like the Lyric Opera, Steppenwolf, the CSO, and the Art Institute. You can read more at: http://news.medill.northwestern.edu/chicago/news.aspx?id=104607

There is also some hope that Obama’s new tax policies might encourage increased charitable giving . See the following article from the Chronicle of Philanthropy: http://philanthropy.com/news/updates/index.php?id=6185

To end on a positive note here is a marvelous idea from the current mayor of London, Boris Johnson. He has proposed adding an option to the now ubiquitous OYSTER transportation cards that will give free or cheap entries to museums, theatres and sports centers for seniors and schoolchildren. It is a part of a wider strategy to boost London's cultural life. Read the full story here: http://www.thisislondon.co.uk/standard/article-23591256-details/Oyster+card+for+the+arts+in+Mayor's+culture+masterplan/article.do
Posted by DramaJim at 11:17 AM No comments: