Check out the following announcement from the Warren County Historical Society. I have been working on the board of this organization for about five years now and the reception of this grant will make a huge difference in what our museum will be able to offer to the community. In the next two weeks we will also be posting our job announcement and details on how to apply. If you have qualifications in history or museum operation, this will be a full time position. 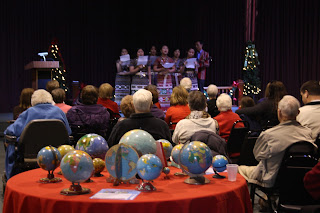 The Board of Directors of the Warren County Historical Society is pleased to announce the fulfillment of a long standing dream that the county would have a thriving history museum. As a result of a major endowment gift from the Pattee Foundation a new “Pattee Executive Director of the Warren County Historical Society” and Museum will be hired this summer. Charles and Norma Kirkpatrick, early supporters of the Society and its Museum, will now be able to see a positive culmination to their long time support. The new employee will take charge of the Museum and help to coordinate all activities and programming for the Historical Society. The Warren County Historical Society was first formed 1938. That organization lapsed during World War II, but was reborn and received its first formal 501 (c) (3) Non Profit certification in 1968. In 1970, the Museum received nominally free quarters in the old Roseville, IL , High School building, which had been ceded to the Roseville Fire Protection District after the construction of a new high school. Over the next thirty years an impressive collection of historical artifacts were acquired, ranging from Civil War memorabilia to period textiles, furniture, and agricultural tools and machinery. The early years of the 21st century, unfortunately, were not kind to the Society. The original core of dedicated volunteers dwindled, opening hours were restricted, the museum building itself deteriorated, and funds were scarce. In 2008 the Warren County Historical Society and Museum merged with the Prairieland Historical Association. The merged group took the WCHS name so that the 501 (c) (3) non-profit certification could continue without alteration. During 2008 it was determined that the Roseville museum was in such ill repair that the valuable artifacts inside were in danger. Repair costs, as well as renovation to meet modern safety standards, were deemed so significant that re-location of the collection had to be explored. The newly combined Board of Directors ultimately found a church property on the outskirts of Monmouth. Financing for leasing and then purchasing and renovating the building was obtained from the Twomey Foundation, the Pattee Foundation, and other private sources. The purchase was completed in the spring of 2009 and renovations continued through the summer. Then, in a massive volunteer effort, The Roseville Museum’s contents were moved to the new location at 238 S. Sunny Lane in September of 2009. Since that date the Society and the Museum have operated successfully, but always within the constraints of a totally volunteer endeavor. The Board now looks forward to a new era that will feature a professional curator, more new exhibits, and regular opening hours. The job description and search details for the new director’s position will be announced shortly. Anyone who wishes to support the Historical Society and its Museum can join the organization by returning the membership form found on the Society’s web site at www.warrencountyhistoricalsociety.net
Posted by DramaJim at 8:38 AM No comments: