OFTA Takes a Ride on the Dodgeville Line 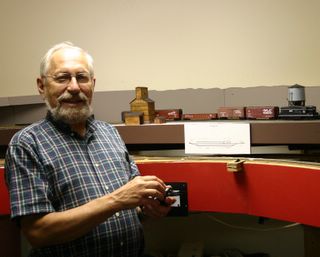 ALL GEORGE WALTERSHAUSEN NEEDS IS HIS ENGINEER'S HAT

The Wednesday, August 9th edition of OFTA (Old Friends Talk Art) will feature a talk by Monmouth College Emeritus Professor of Art, George Waltershausen. His title is “The Art(?) and Architecture of Model Railroading” or “A Retired Guy Explores New Sculptural Avenues Within the Ever-expanding Horizontal Imperative.” The program will take place from 10:00 AM to 11:30 AM in the main gallery of the Buchanan Center for the Arts on the Square in downtown Monmouth.

Waltershausen has an AB from Knox College, an MA from the U. of California, Berkeley, and an MFA from Bradley U. He was a faculty member in the Art Department at Monmouth College from 1966 – 2000. Since his retirement, he and his wife Cindy have been living on a picture perfect farm located in the rolling hills and lush valleys just outside of La Crosse, WI.

In the past six years Waltershausen has been a substitute teacher at the De Soto, WI High School; a Member of the Vestry of Christ Episcopal Church in La Crosse, WI; an Assistant to the Viroqua Historic Preservation Commission in Viroqua, WI; a member of the Viroqua Historic Preservation Commission; a Member of the River Rails Model Railroad Operating Group in La Crosse, WI; and a Board member and Second Vice President of the Illinois Central Railroad Historical Society.

His talk will deal with his life-long passion for sculpture and railroading. As a young man he worked on the railroad and now in retirement, he has embarked on a major historical re-construction of Southern Wisconsin’s Dodgeville line. The basement of his farm home is ringed with track, stations, sidings, and historic buildings. Contrary to some popular beliefs, serious model railroaders are not just “playing around with trains.” Walterhausen’s project has led him to travel the old right-of-way, conduct interviews, and do research on the internet, in libraries and archives, and in private collections of railroad memorabilia. You won’t want to miss this light-hearted excursion into the world of an artist and a serious hobbyist.

OFTA meets the 2nd Wednesday of each month at 10:00 AM and anyone with free mid-morning time is welcome to stop in at the Buchanan Center and enjoy a cup of coffee, a snack, and some free wheeling talk about the arts. The Buchanan Center and its gift shop are open weekdays except Monday from 9-5 and Saturdays from 10-2. The Buchanan Center for the Arts and OFTA are partially supported by grants from the Illinois Arts Council, a state agency.
Posted by DramaJim at 6:12 PM No comments: 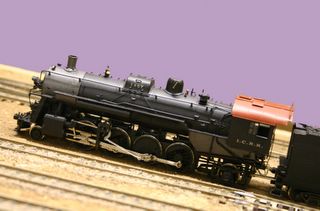 Posted by DramaJim at 6:09 PM No comments: 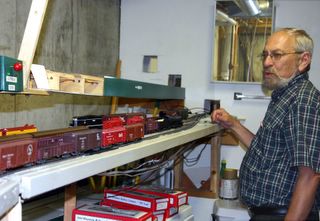 There they go right through the wall

Posted by DramaJim at 6:09 PM No comments: 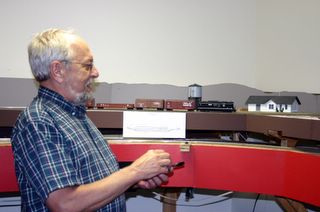 George starts a train out of town

Posted by DramaJim at 6:07 PM No comments:

Oh Walter Where Are You When We Need You?

Sat and relived our adult lives last evening as Walter Cronkite's extraordinary career was profiled on PBS. There it all was--the Democratic convention, Viet Nam, Kennedy's assassination, the man on the moon, Nixon's debacle, the Camp David accords, a smiling and soon to be killed Sadat, and on and on.

Most striking were the Viet Nam reports which could easily be re-broadcast with only one small change in the country's name. It was uncanny--the same over optimism, imperial hybris, bragadocio of commanders, blood of the grunts, and always the tear stained fear stricken faces of the civilian victims. "Lord what fools these mortals be." I wish it were a midsummer night's dream and not a reality.
Posted by DramaJim at 9:28 AM No comments:

Some pics from Wisconsin 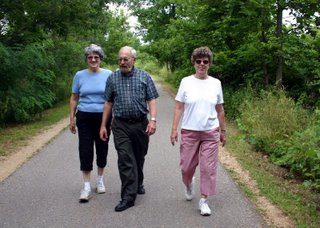 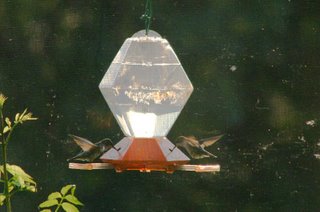 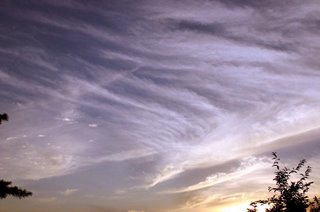 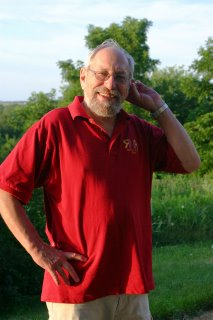 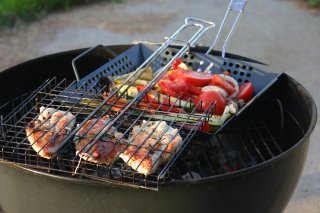 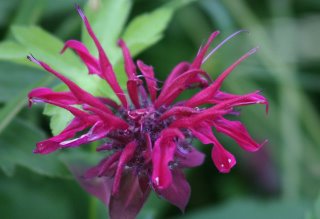 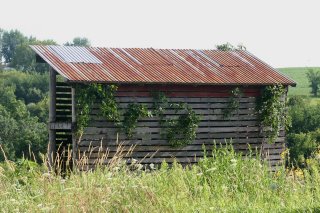 Posted by DramaJim at 3:24 PM No comments:

Back from a bit of a trip

We traversed the roadways of Iowa, Minnesota, and Wisconsin in the past week. We stayed in an old log cabin in McGregor, IA last weekend, visited Spook Cave, and sweltered in the head when out of doors and not in the cave or cabin.

Then to Minneapolis for a visit with son David and cousin Lin. Nice golf, nice food, nice conversation.

On to Wisconsin and a few days with the Waltershausens on their farm. More good talk and even greater food. A rolled pork with pine nuts was gorgeous at Dissacio's in Coon Valley.

After a quick stop in Lancaster WI on the way home, we pulled back into Monmouth on Sat. afternoon. Pasted to the mirror in Pat's bathroom.

Good morning,
This is God. I'll take care of things for you today.
You do not need to help.

Hmmm! I wonder.
Posted by DramaJim at 3:14 PM No comments:

Fire Still on My Mind 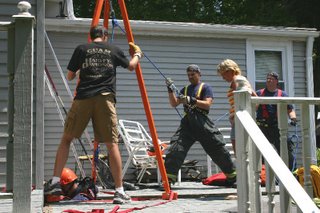 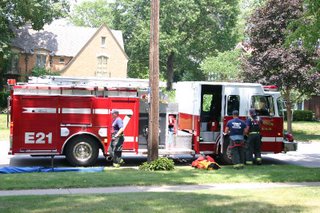 There's clearly a "fire" on Wall Street as the red minus numbers are screaming like sirens, but we also had a sort of fire next door yesterday. Our neighbor heard a cat meowing from somewhere under her deck. A search revealed that a young kitten had tumbled down into an old cistern or root cellar that had been concealed under the deck. The neighbors were enlisted en masse. Advice was in great supply. John came with a hammer to pry up some deck boards; I was called on for some sardines to help lure the frightened animal out and up a board inserted into the cavern. No avail. The police entered the scene with their noose to control strays, but it was nowhere long enough to reach to the bottom of the well. They called the fire department to the rescue. A lovely red truck and four brave men hauled out their full gear--a tripod, a sling, a pulley system and after about forty minutes a brave fire fighter was lowered into the tiny opening. About thirty seconds to go down, grab the little feller in a net, and haul him back up to light. They dumped the net and the little tiger striped feline ran off like a bullet and disappeared into the shrubbery. Not a word of thanks! The boys in blue packed up their stuff and departed. Monmouth returned to its normal slumbering Saturday afternoon peace.
Posted by DramaJim at 10:22 AM No comments: