Day in Chicago with Grandson

We had a visit from our grandson over the weekend. He is finishing up his certification as a Paramedic next semester.  He had not been to Chicago in a while and wanted to see the new dinosaur at the Field Museum.

So we hopped on our handy dandy Illinois Zephyr in Galesburg and right on time we were treated to the remarkable Chicago skyline. 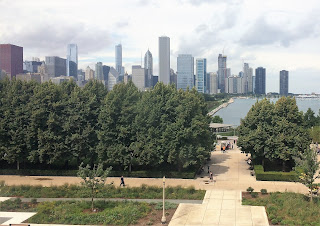 Then is was a short cab ride to the Field Museum. and a walk up those impressive stairs. 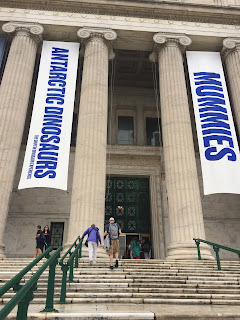 The Main Hall was waiting 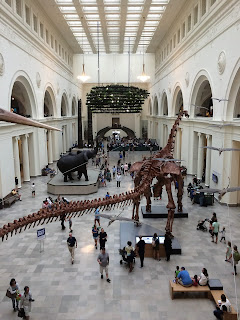 We meandered through the mummies and the tomb replica, then hit the Asian Galleries.for some peace and serenity. 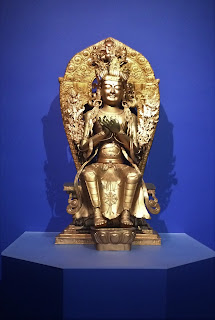 It was then time for a trip through the evolution of the world.  That finished off with a peek at the re-assembly of the famous Sue dinosaur skeleton and  a final look at her even bigger replacement in the Main Hall. . 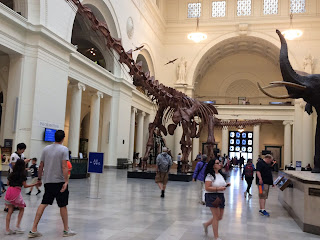 Our next stop was the Art Institute--which our grandson had never visited.  We thought the  Impressionism collection  would be a good introduction for him and he was particularly moved by  Monet's colorful garden pictures and his painting of London's Westminster Bridge.

It was a warm day so liquid refreshment was then taken in the cool confines of one of our favorite Chicago stops--Millers Pub.  From there it was a pleasant walk up Adams and back to Union Station in time for the train back to Galesburg.

Even with some long signal delays, our journey was pleasant because of a group of Amish folks who were traveling to visit relatives in Missouri.  While we were sitting motionless  outside of Princeton conversations were struck up and  there was even some group singing.  One woman with striking red hair who was traveling to her sister's outside of Galesburg  said that had she known traveling on this train was so much fun she would ride it every week.  We all shared life experiences and leaned quite a bit about Amish life and customs.

It was after 10 pm before we got back to Monmouth. We were all tired but glad we went.