There is no question that sunny days bring the greatest number of visitors and joy to Sabino Canyon, but when the day dawns cloudy with intermittent sun, there is a change of coloration and tone that beckons the amateur as well as the professional photographer.

Posted by DramaJim at 5:59 PM No comments:

I had just written about how great Ann Green's Sabino blog was and this morning more proof appeared.  I can't improve on her so will just quote it and add my own pictures that were taken on Wed. Feb. 25th when Fred showed the plants to us.

"They are the root parasite Orobanche cooperi, with the English name Burro-weed Strangler or Desert Broomrape. (What a nasty name)

To my knowledge, all of the members of the Orobanchaceae family can be root parasites. Recently plants in the genus Castilleja (paintbrushes and owl clovers) were added to this family. Orobanche cooperi which has no chlorophyll is considered an obligate parasite because it cannot complete its life cycle without a host plant.
Common host plants for this plant are in the Sunflower Family especially the Ambrosia genus (such as Canyon Ragweed, Triangleleaf Bursage, and Burro Brush in Sabino) and Encelia (Brittlebush). These Orabanche plants were all somewhat near to Brittlebushes and thus is host plant for those in the photos."

These things ain't pretty but clearly few of the thousands who walk that main road would ever see them much less ask what they were.  But there they are and I nominate them for the title of most unusual of all the plants we've come across in the last two months.

Posted by DramaJim at 5:21 PM No comments:

It was another glorious Arizona morning; just a bit cool early, but warming rapidly up to a comfy temperature.  We were barely on the trail when I spotted this Desert Cottontail. 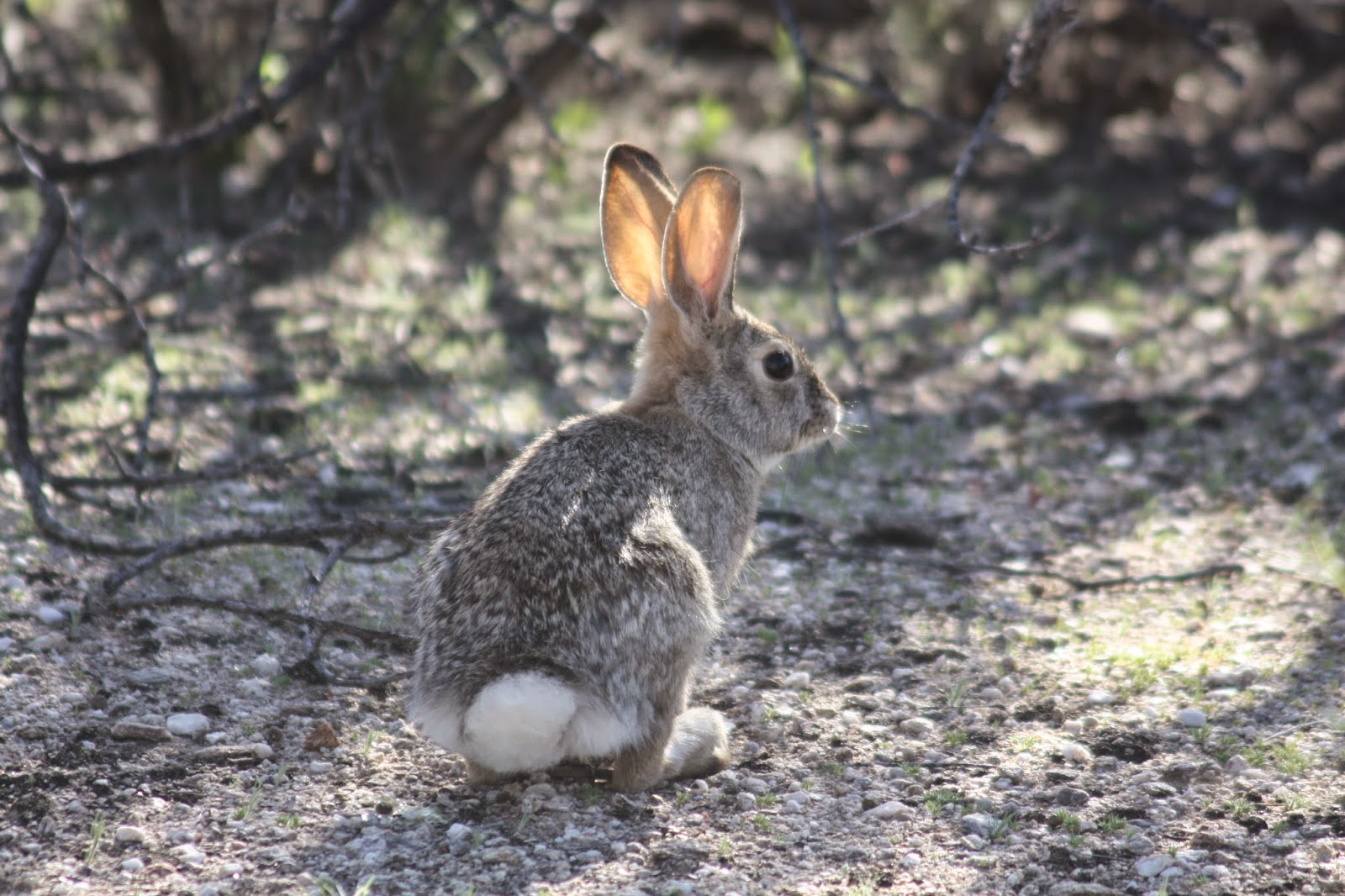 Up in the air it definitely was nest building time.  You need to enlarge this a bit to see that one of this pair of what we think are sparrows of some kind has a snoot full of grass. 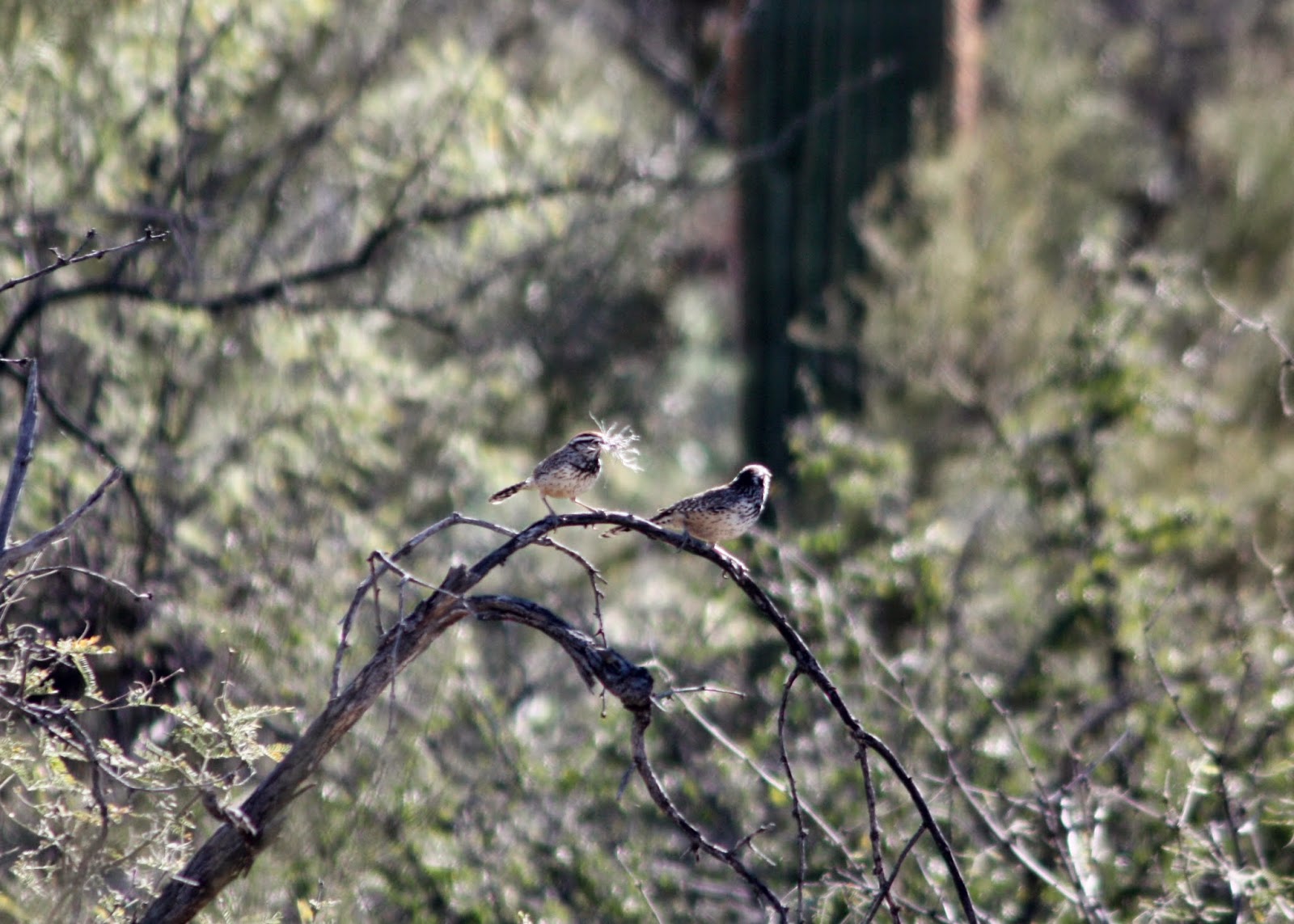 This Verdin has a long twig or stem in her beak. 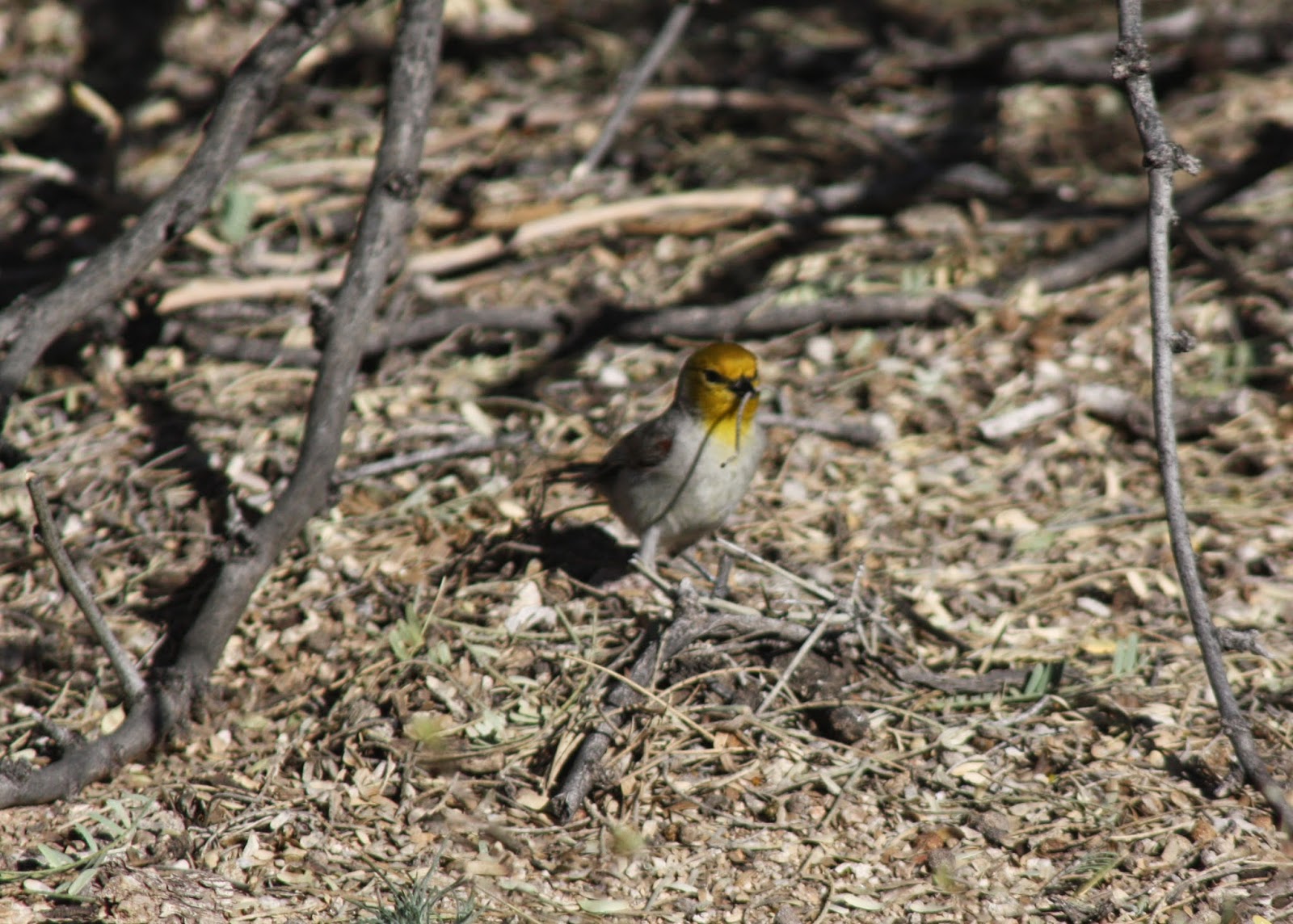 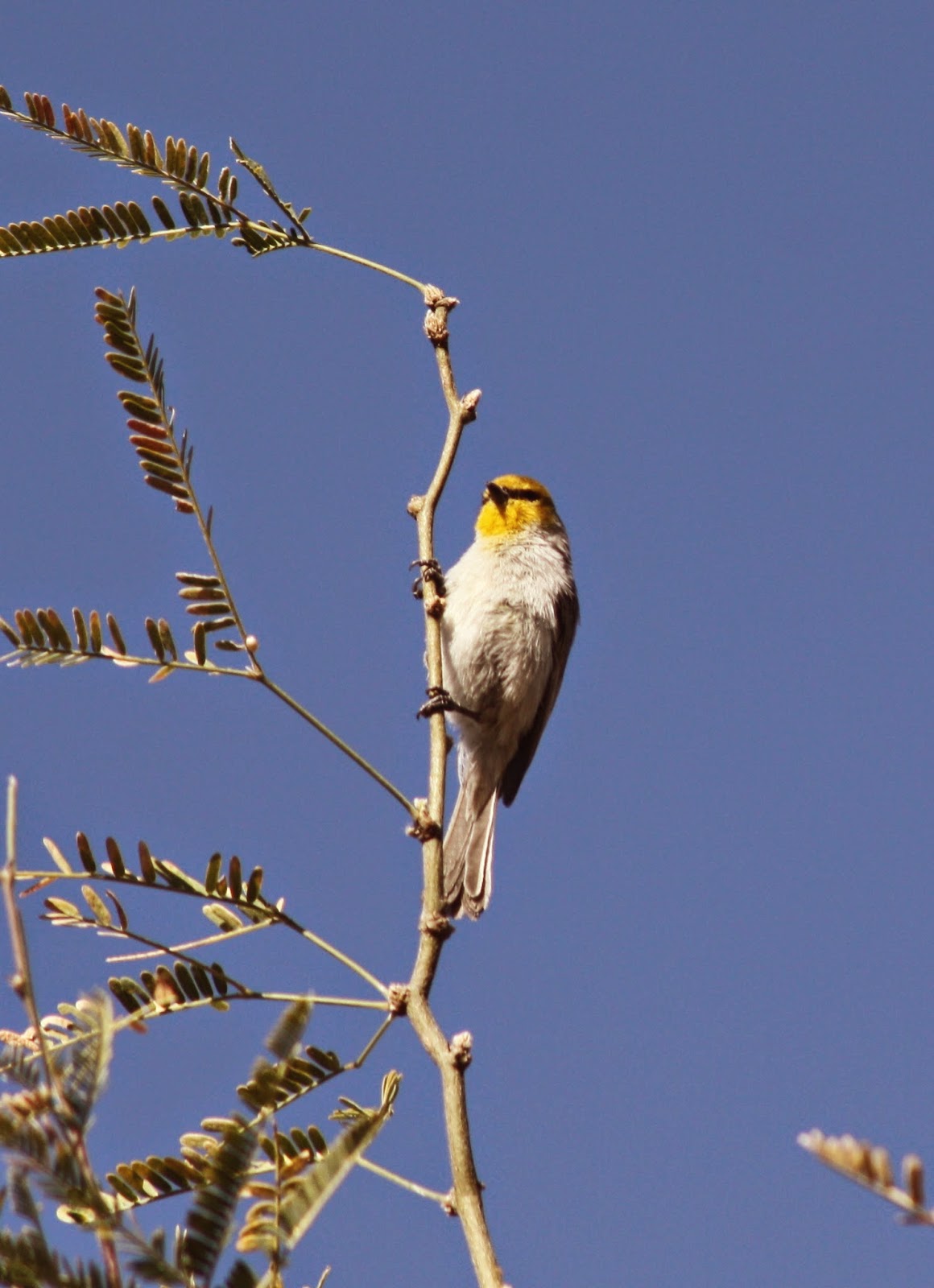 A Mockingbird as usual was making a loudmouth of himself. 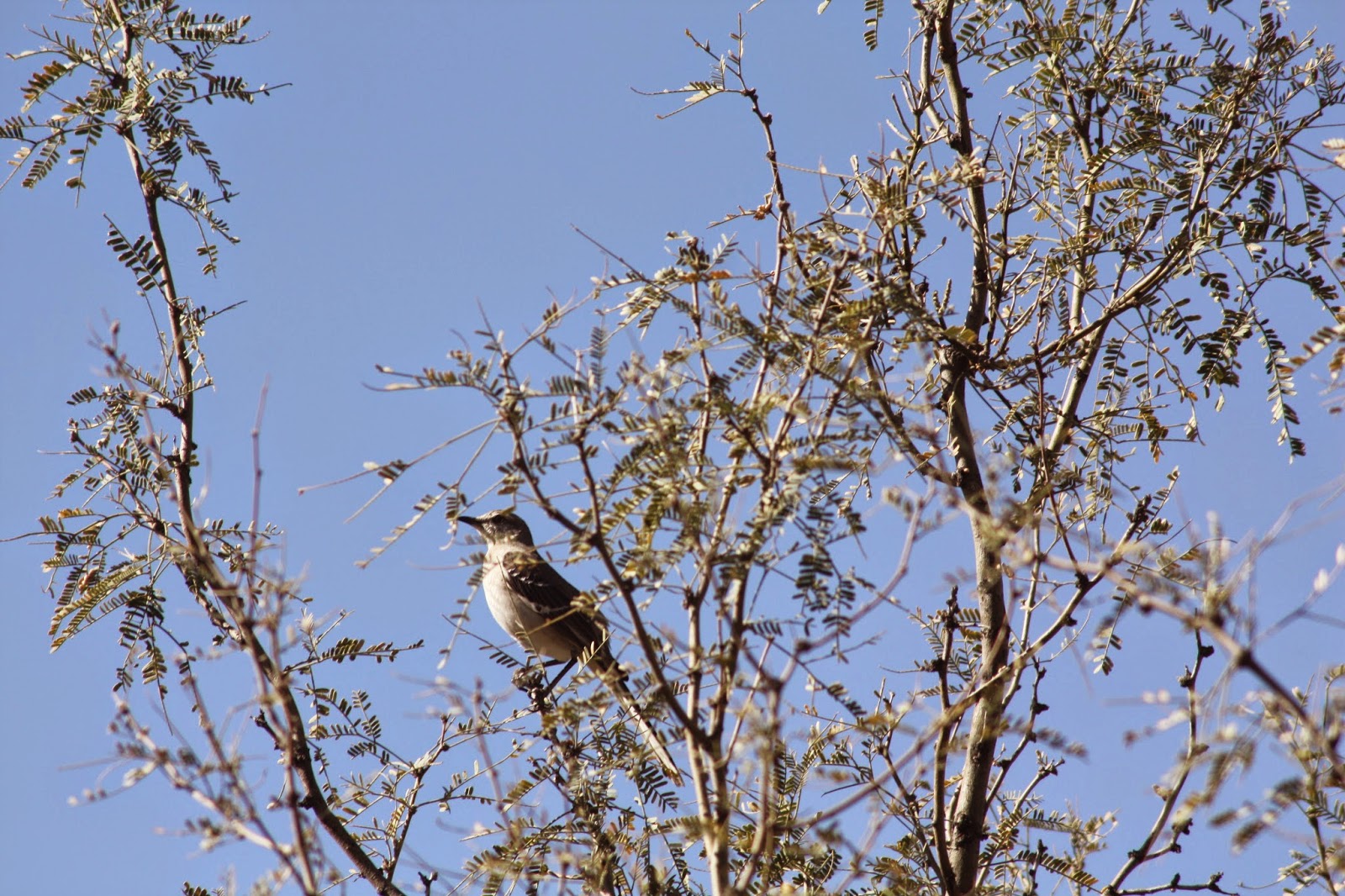 The female phanopepla is actually more striking than the all black males. 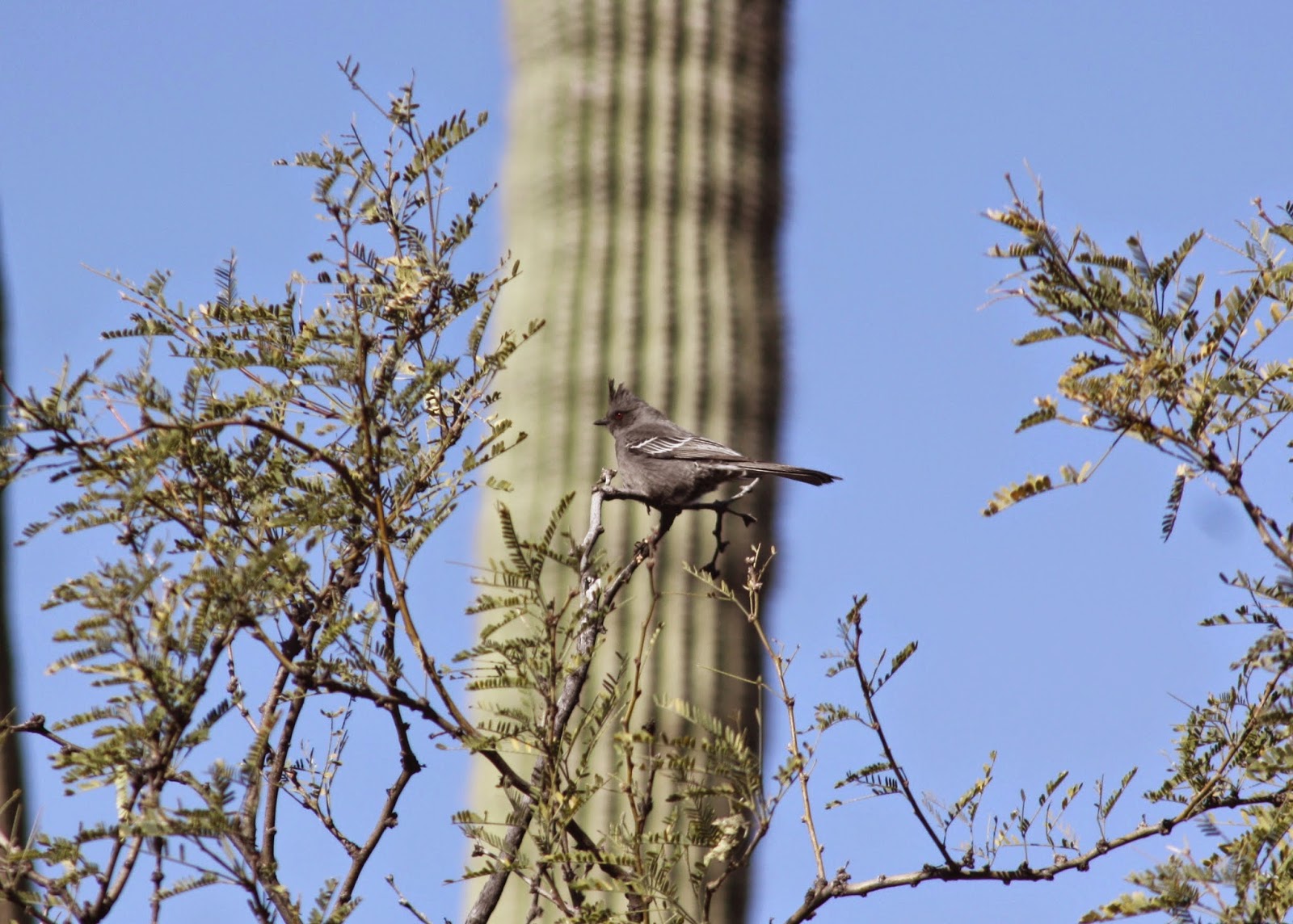 As the air warmed the butterflies began to emerge. The Texan Crescents are everywhere. 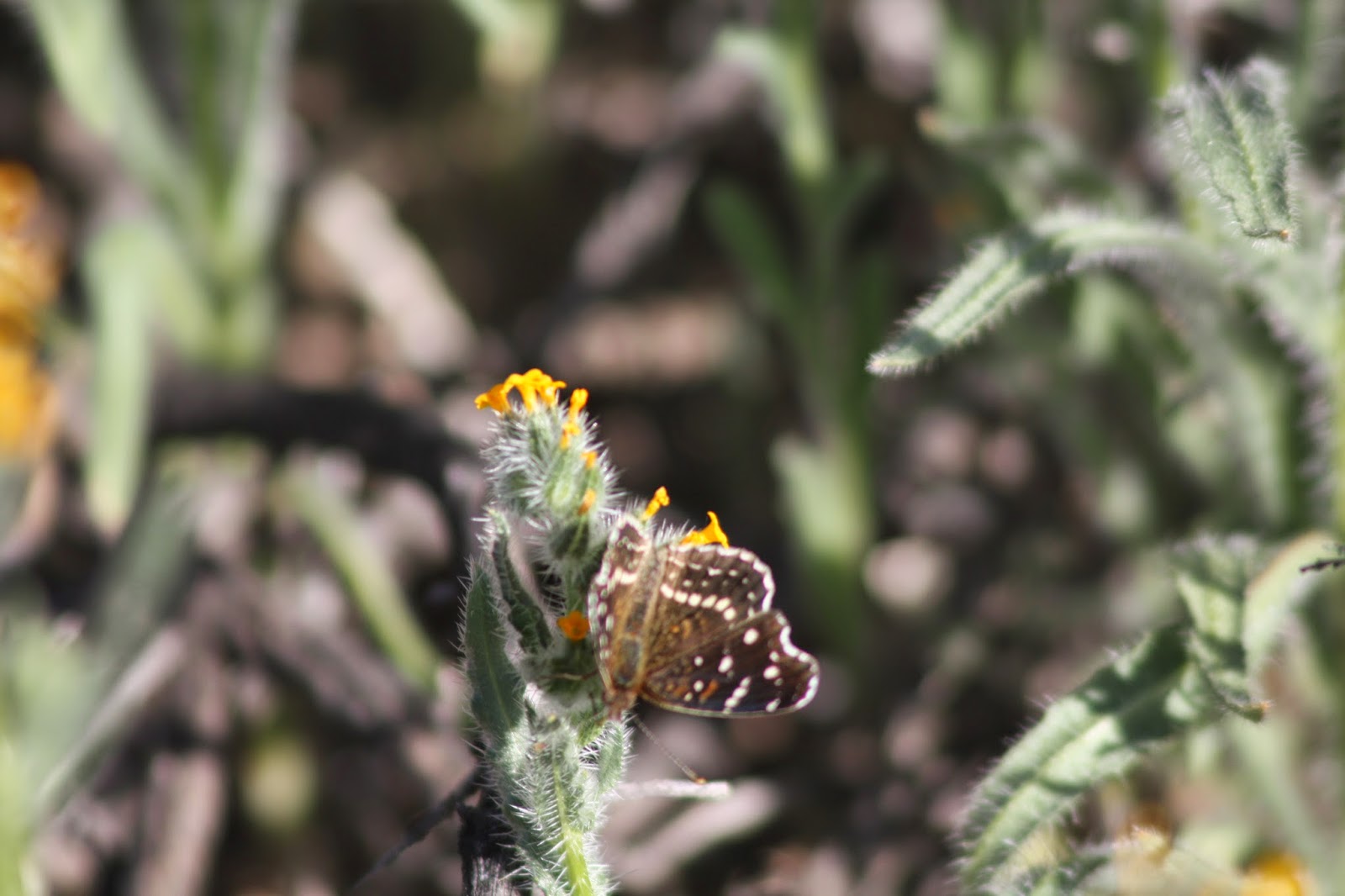 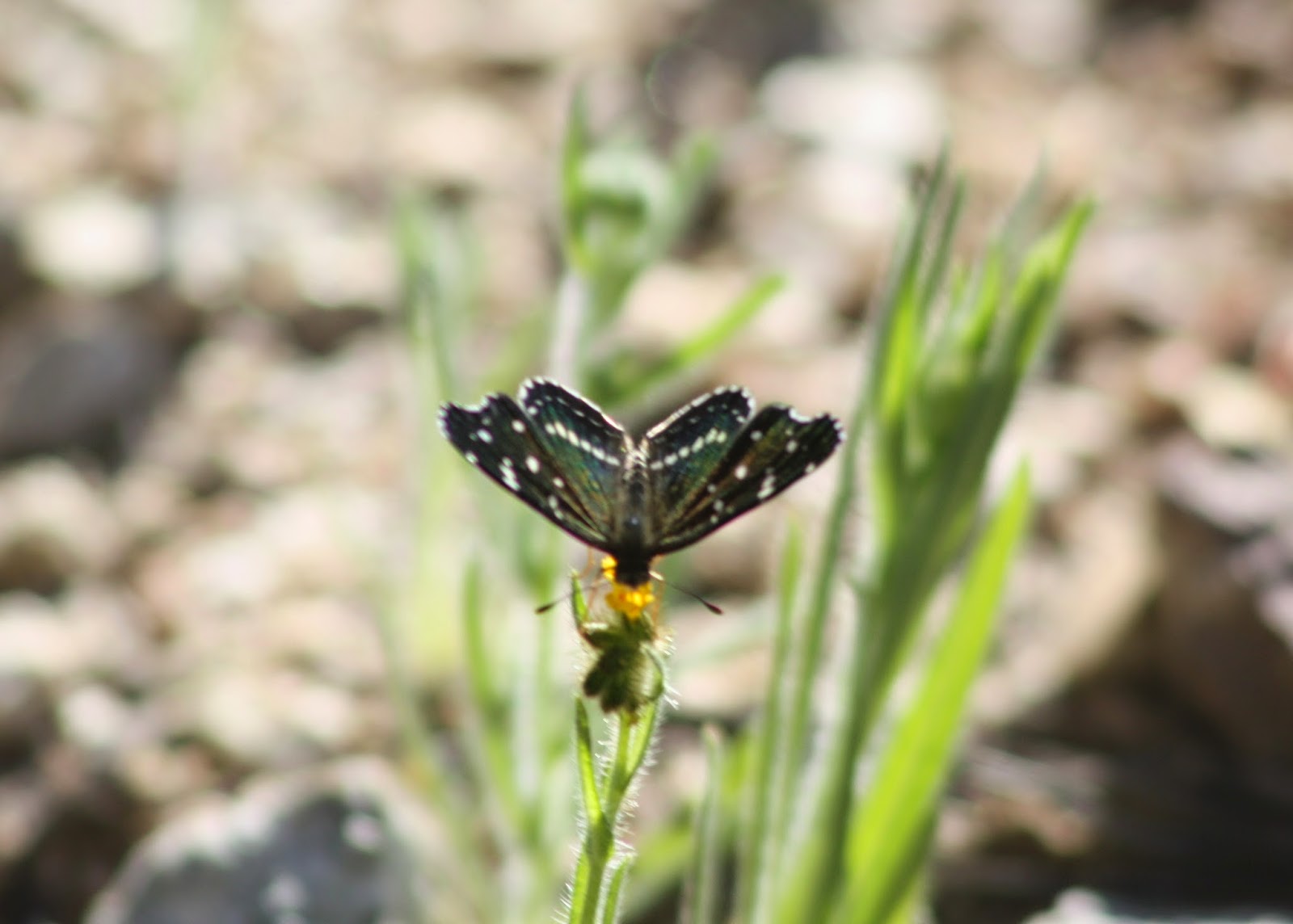 This may be a Funereal Duskywing 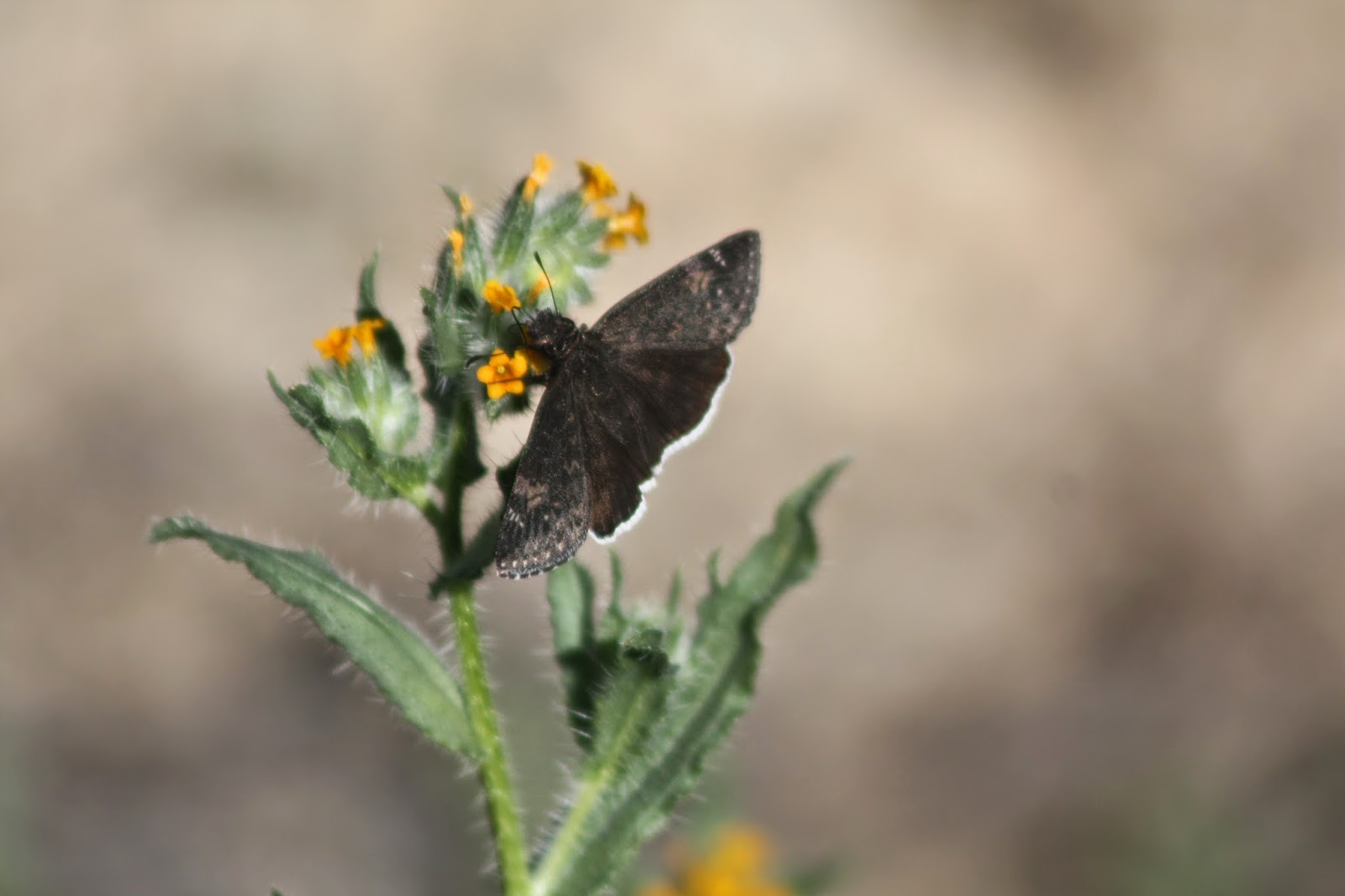 We may have a Desert Marble here. 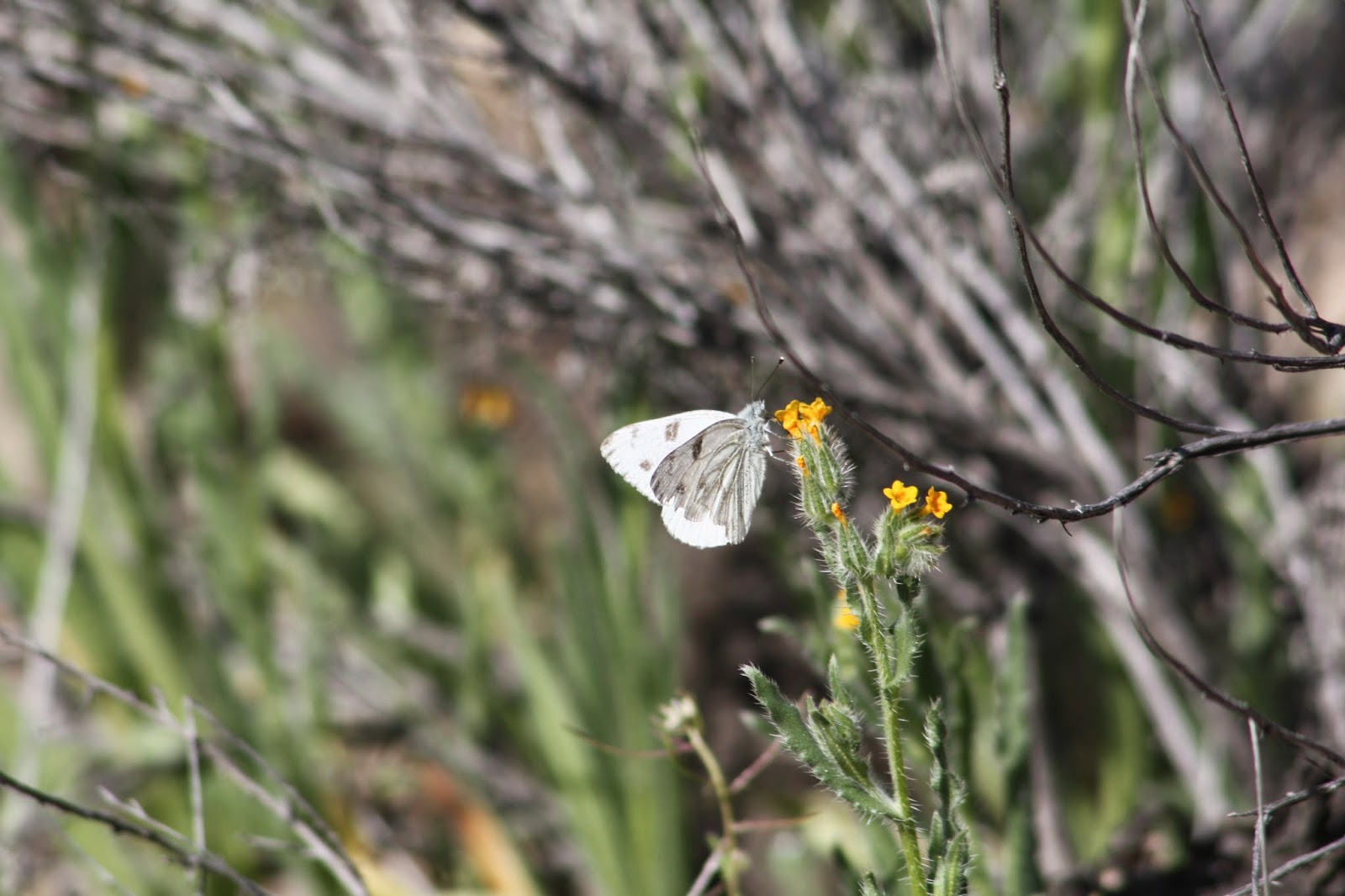 And this fellow is a mystery. Our butterfly chart doesn't have anyone shaped quite like him. Maybe a small Queen. 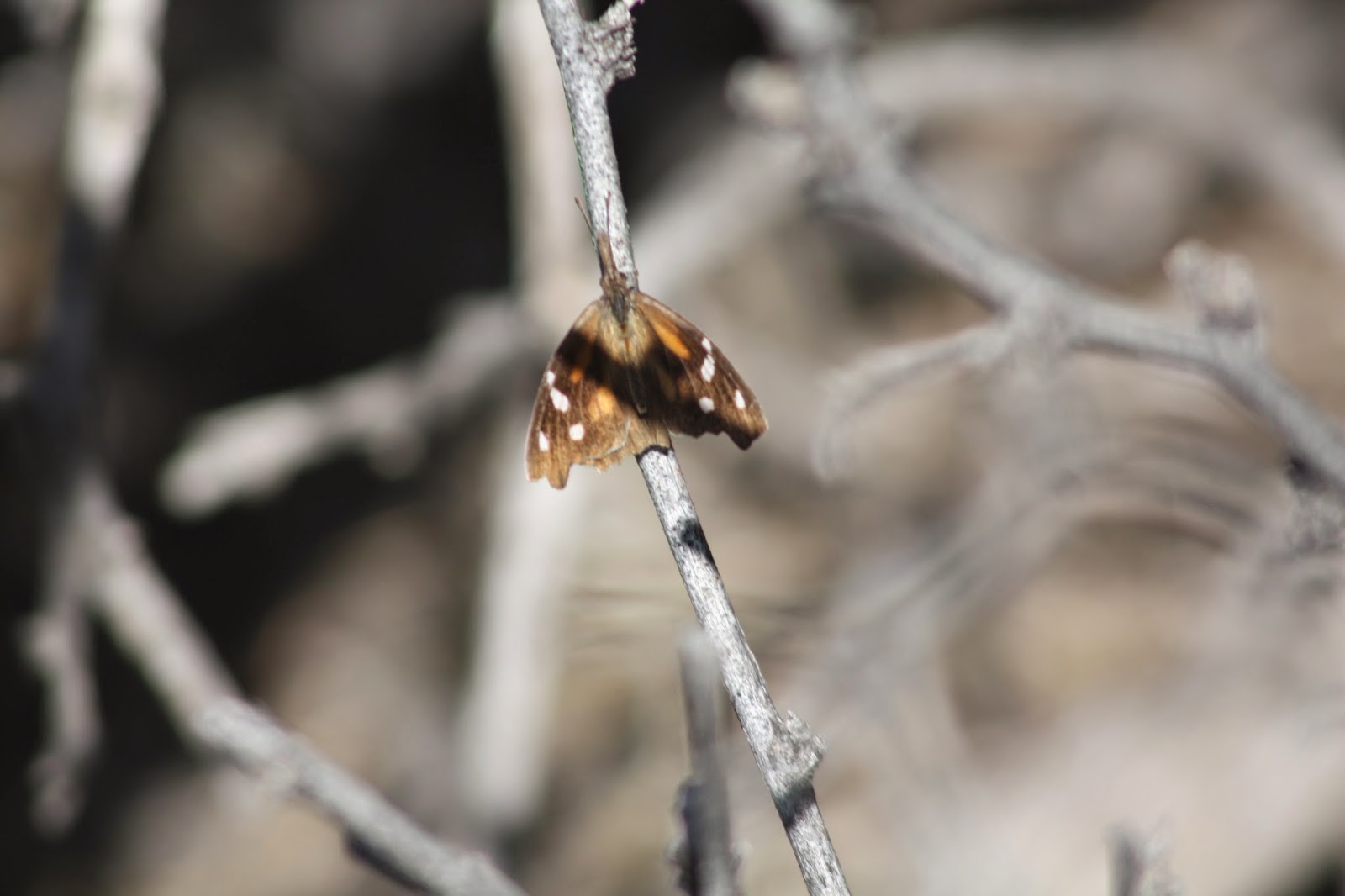 Talk about mysteries.  This one is going to take some more work as well, but she is pretty. Jan thinks it may be a Pyrrhuloxia 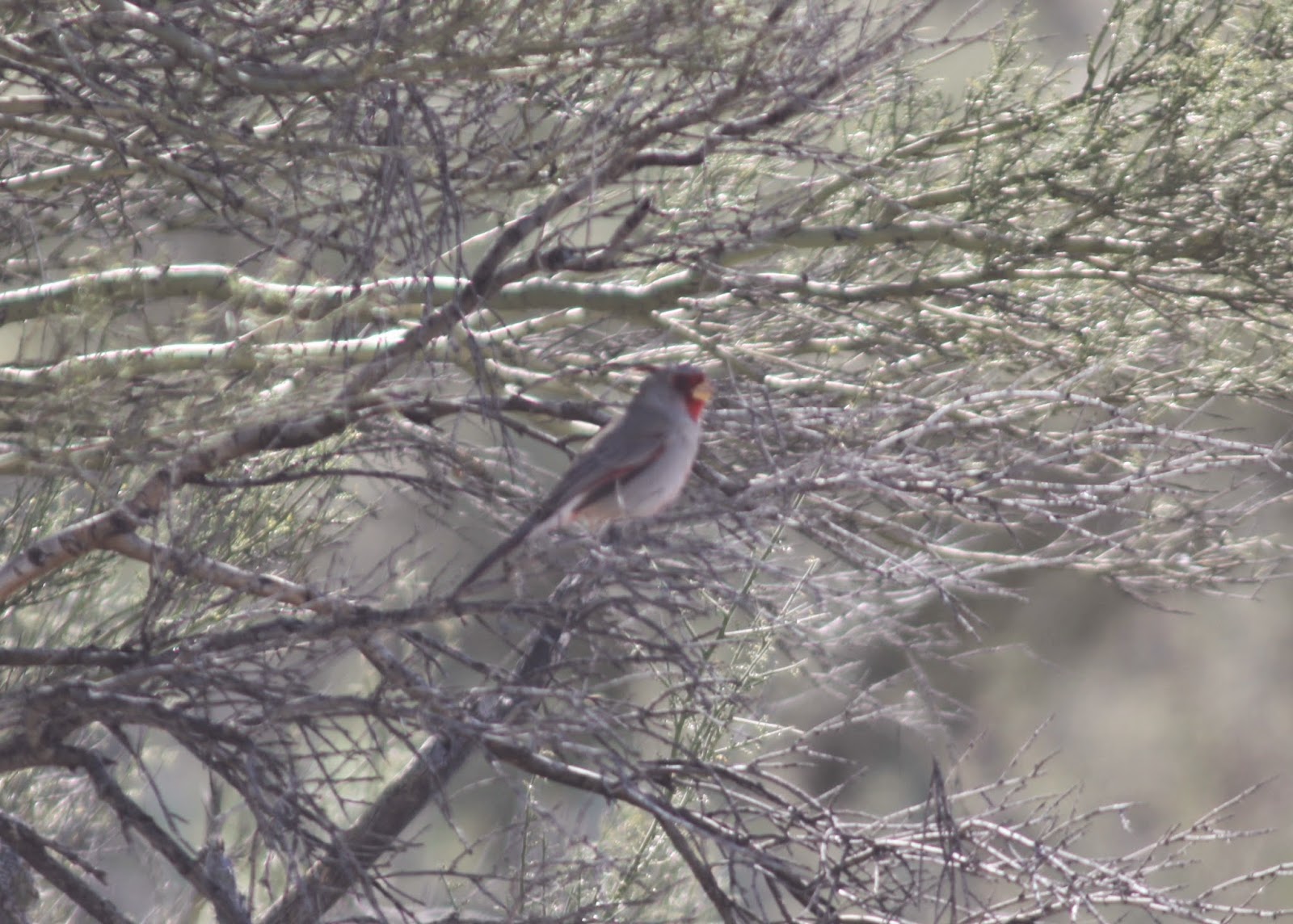 Time to leave. The weekend crowds are starting to gather and we may not be back until Monday. 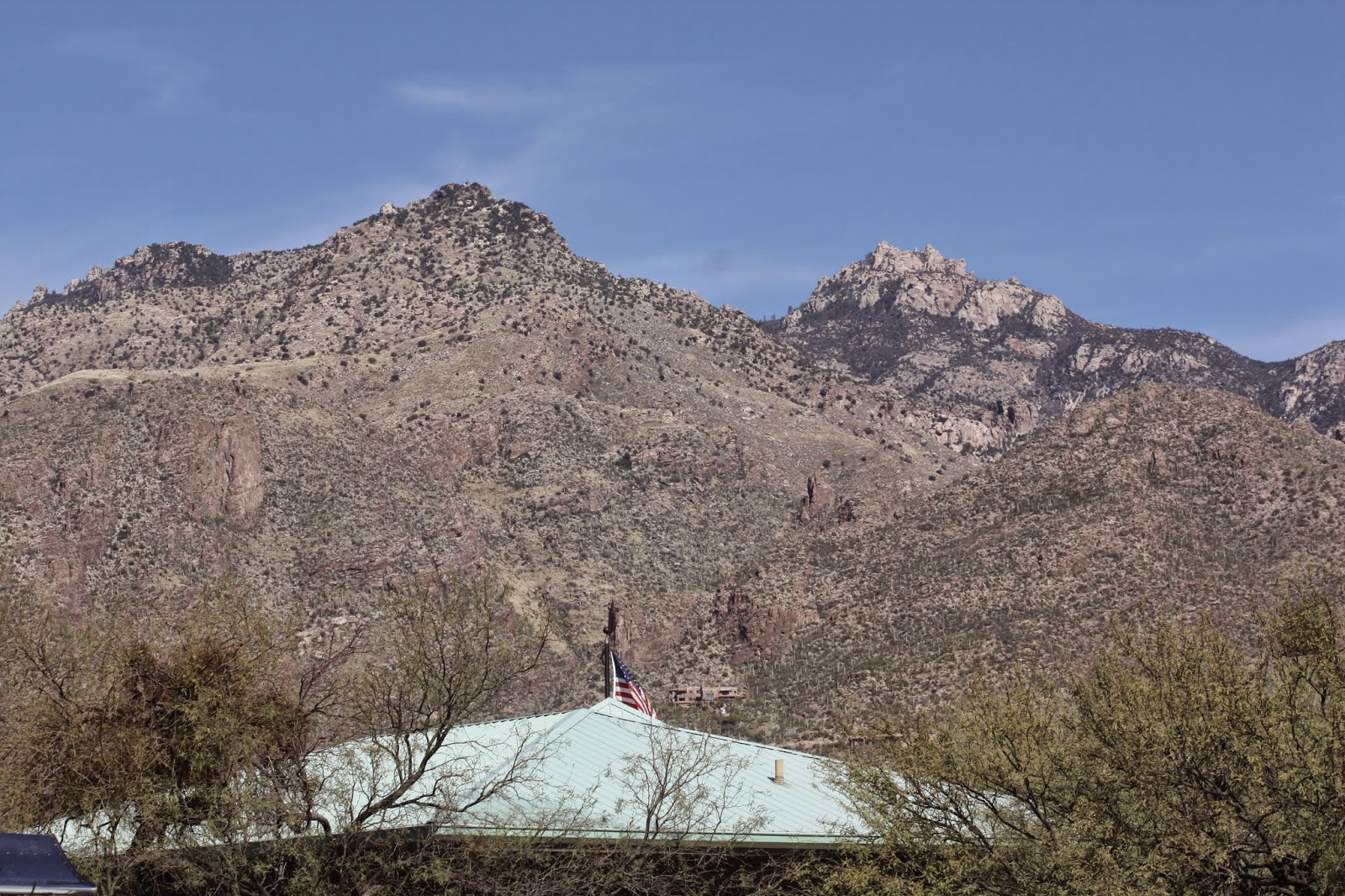 Posted by DramaJim at 8:50 PM No comments:

Back to Sunshine at Sabino on Ned's Nature Walk

We can't recommend Ned's Nature Walks too highly.  He gathers together a supreme group of volunteer naturalists who together seem to know everything there is to know about the canyon and its fauna and flora.  And you can also get a great review from Anne Green's blog Your Daily Dose of Sabino Canyon

I was super pleased to note that today's edition included two photos by Ned Harris that were pretty much the same as the ones I took during the walk. They were of spring mustards that Anne is particularly fond of.  You can see why below.

We all stopped to view and listen to this fellow.
﻿
Another fairly new flowering was the Toadflax.  See its large back flower, two wings, and a larger central rudder.
﻿﻿
Just beginning are the lupines.  There are two major kinds in the Canyon.

I am for some reason enamored of these tiny little brown pods.  Their mathematical symmetry is astounding.
﻿﻿
﻿

The silverpuffs and caliche globe mallows are large enough to really catch your eye with their vivid colors and the Chicory also stands out as a separate bloom.. ﻿﻿
﻿
﻿

Fred, our all purpose butterfly, bird, and everything sort of guy took a few of us back along the rougher Bluff Trail and pointed out some special things.
﻿


He also spotlighted some ferns nestled back in the bluff's walls that we never would have noticed.﻿﻿
﻿

Then he zeroed in on the un-spiny Prickly Pear.  It does have smaller pin-point barbs though that are in many ways worse than the bigger more visible spines on its far more prevalent fellow plant.

﻿
Did I forget to mention that the falls still makes a pretty picture?   The only shame is that we must return to the frozen north in two weeks.
﻿﻿ 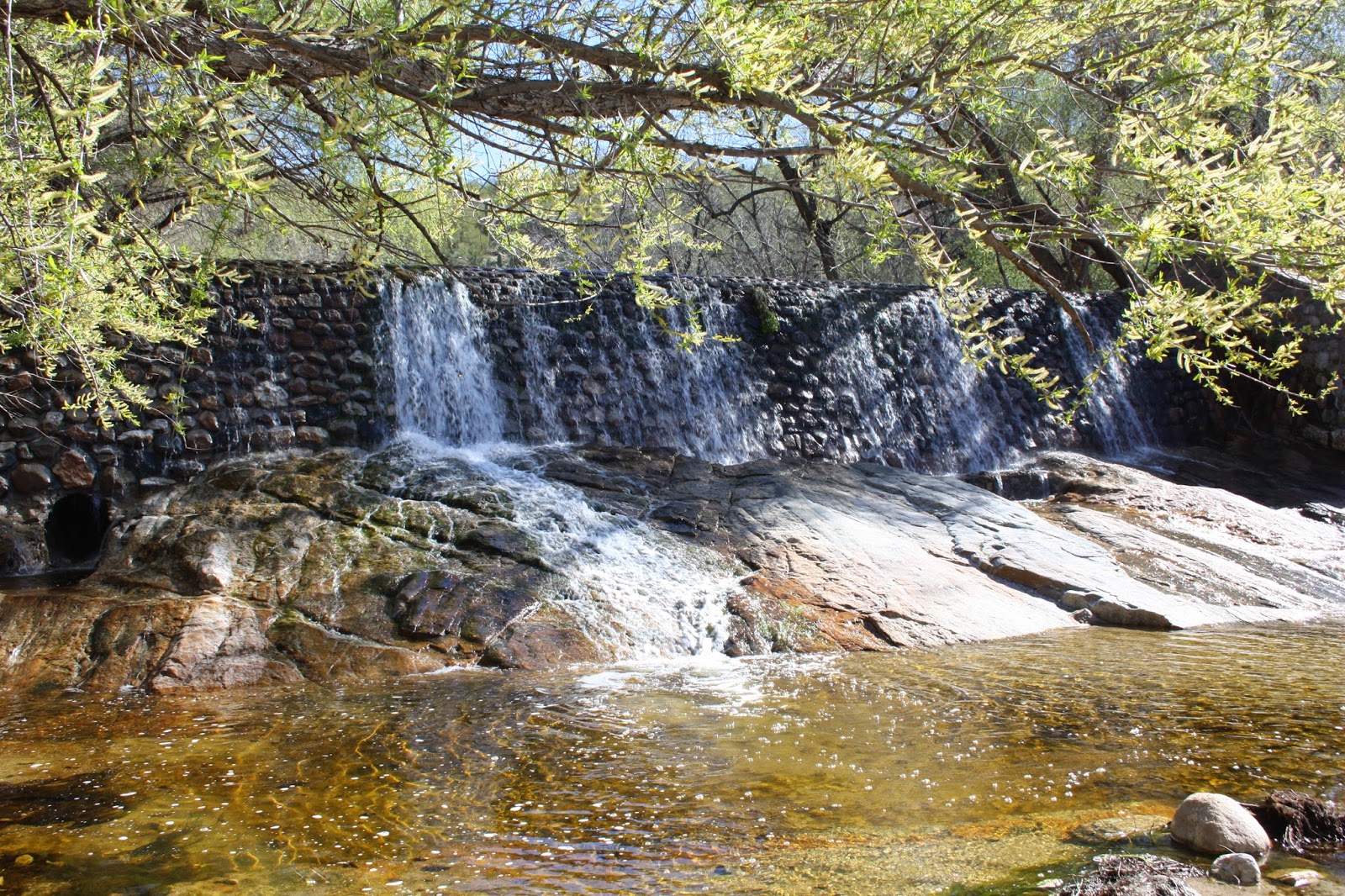 Posted by DramaJim at 8:06 AM No comments:

Cloudy wth a bit of Rain at Sabino

T'was a bit brisk in the Canyon this morning and the clouds were low and getting lower as the showers rolled in. 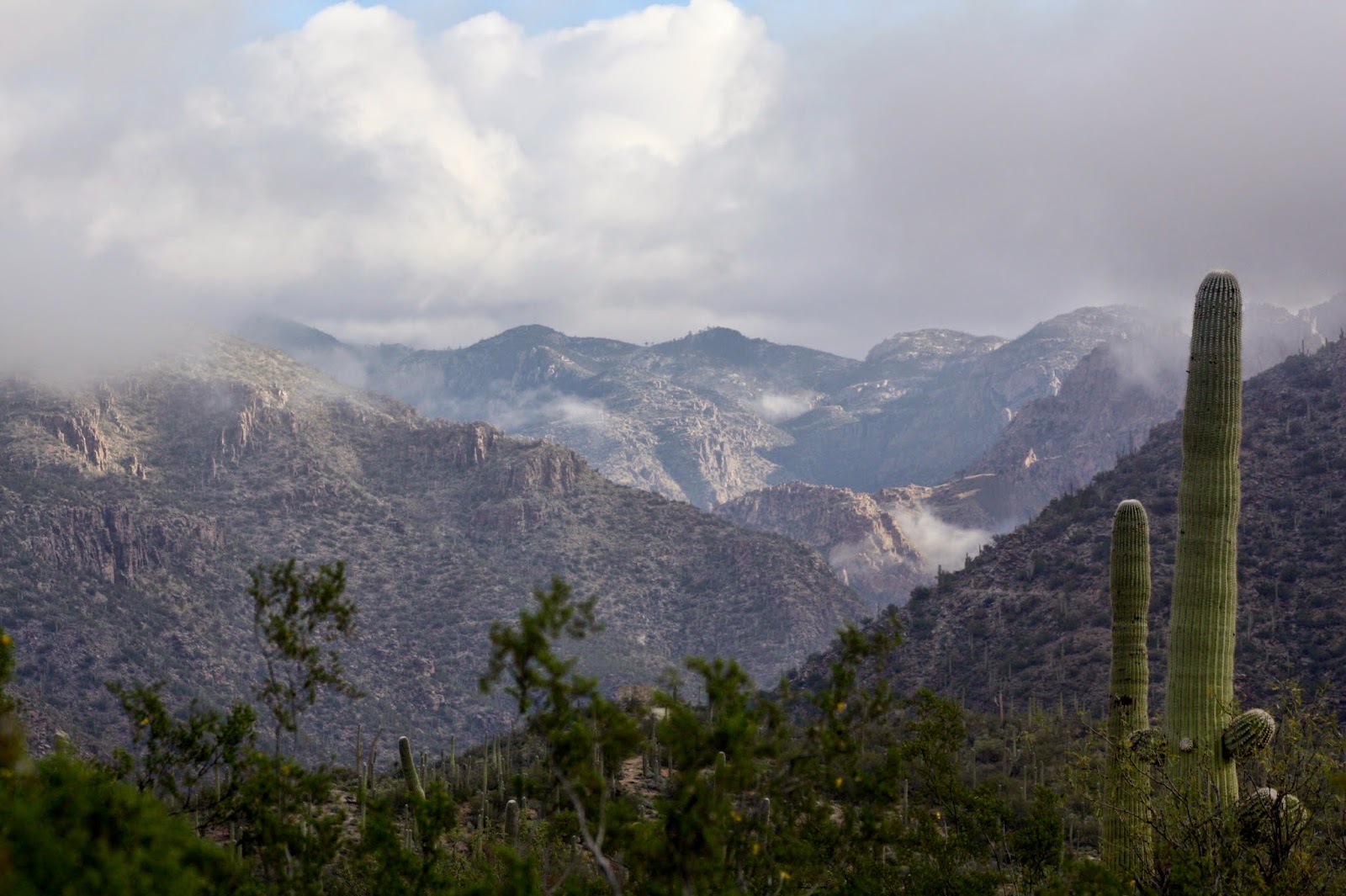 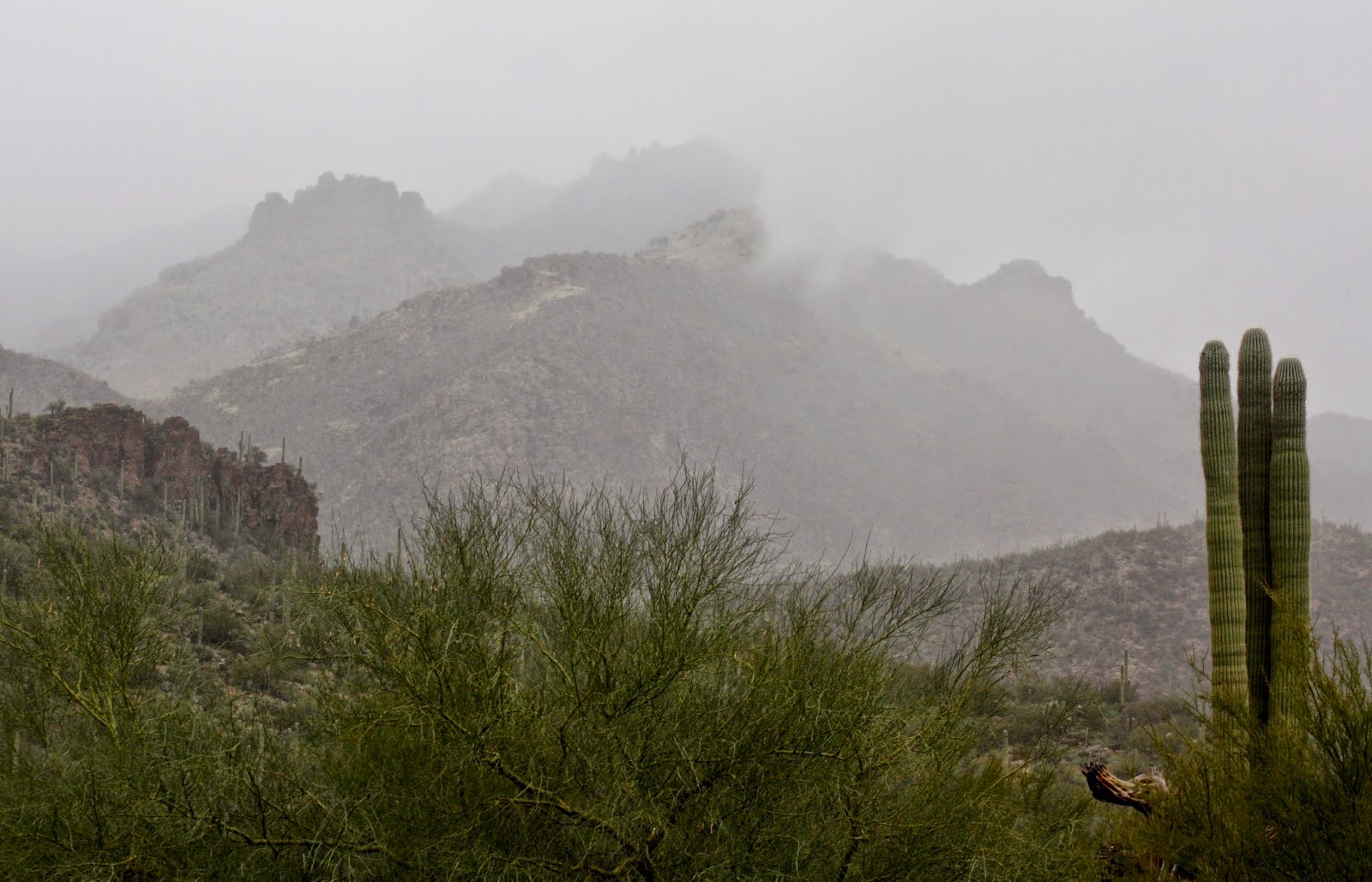 It was definitely Alfred Hitchcock weather as this flock of Cedar Waxwings and Bluebirds nestled in the branches. 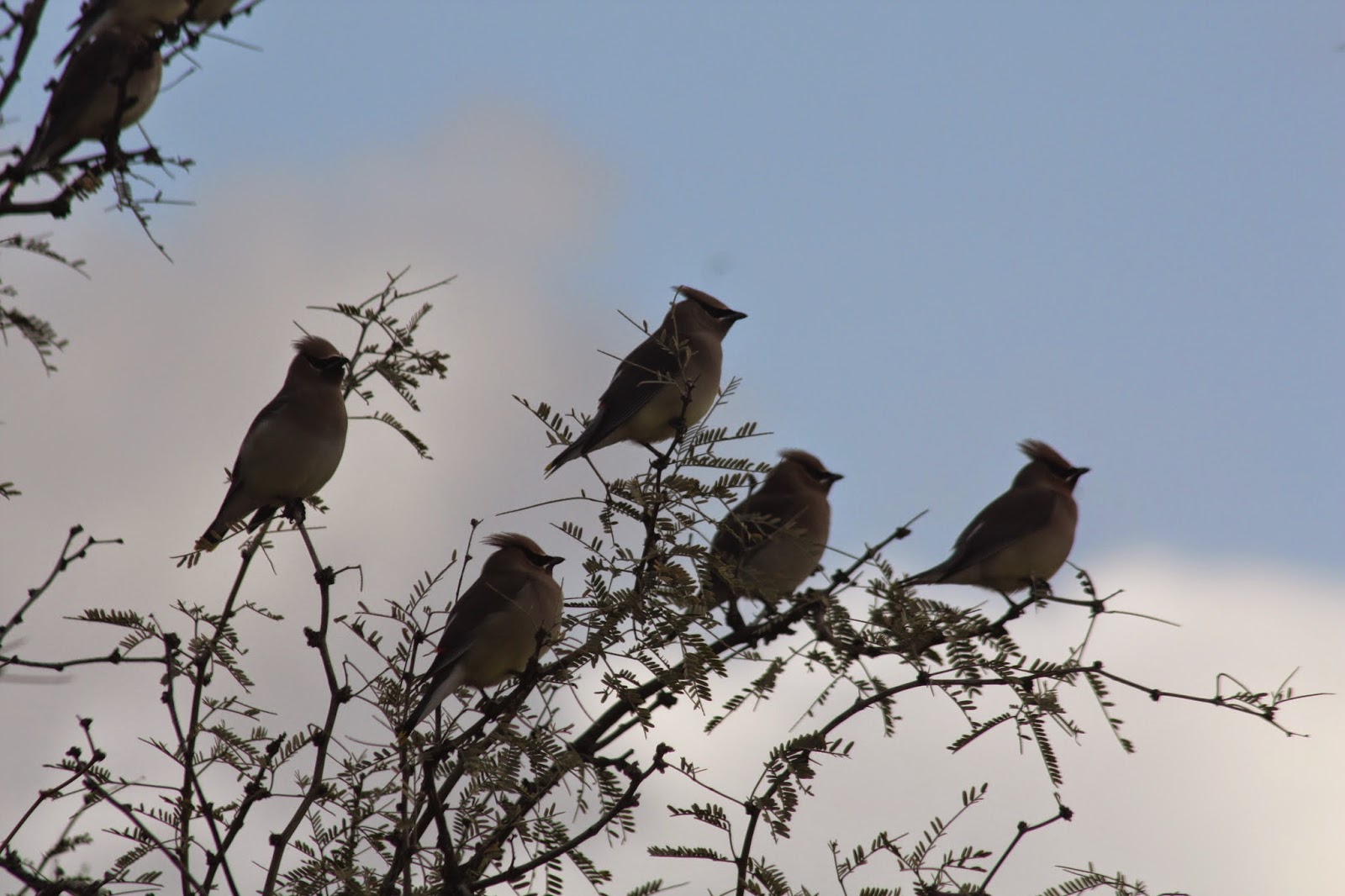 oops there they go. 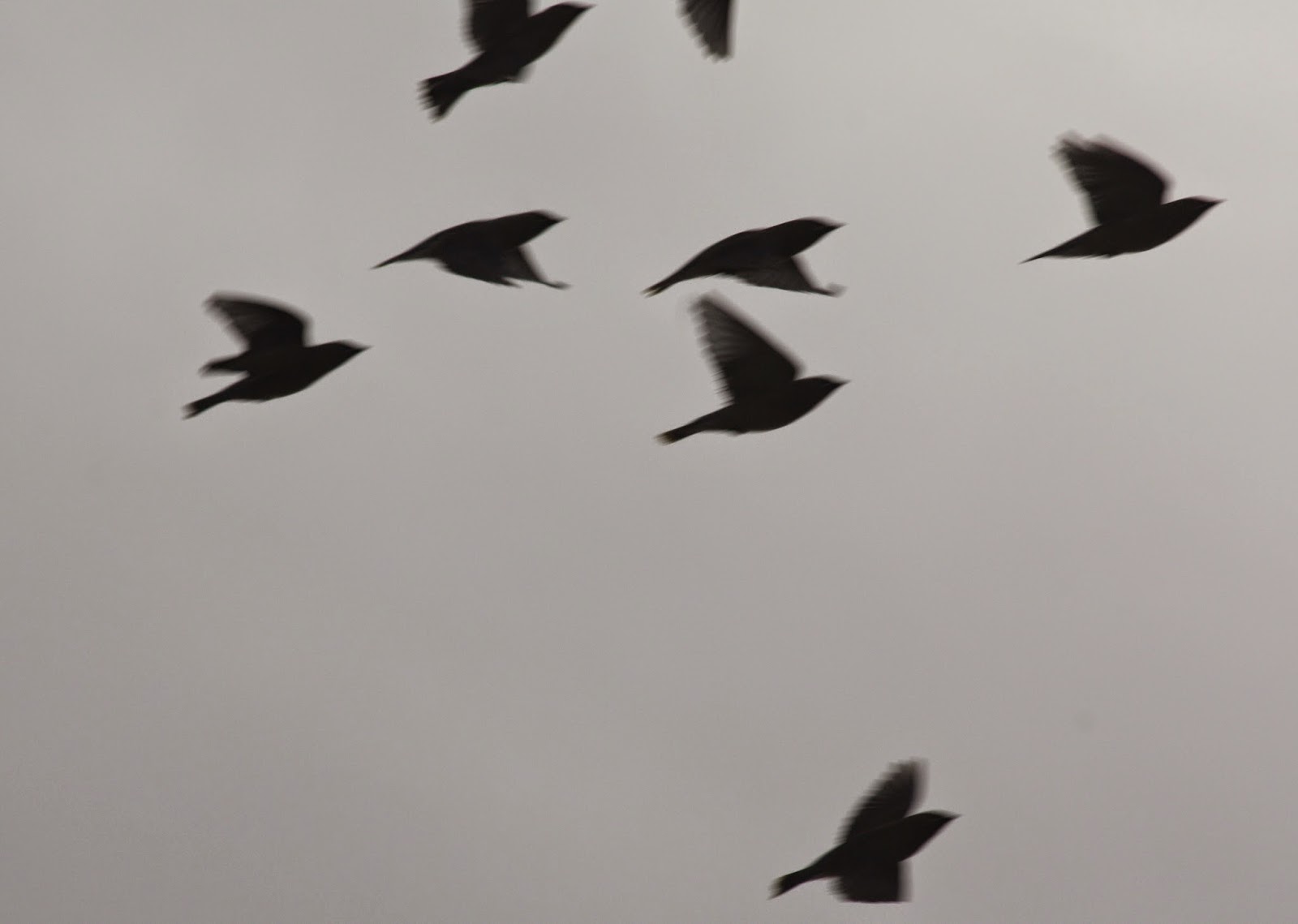 That just leaves us with a two woodpecker pole. 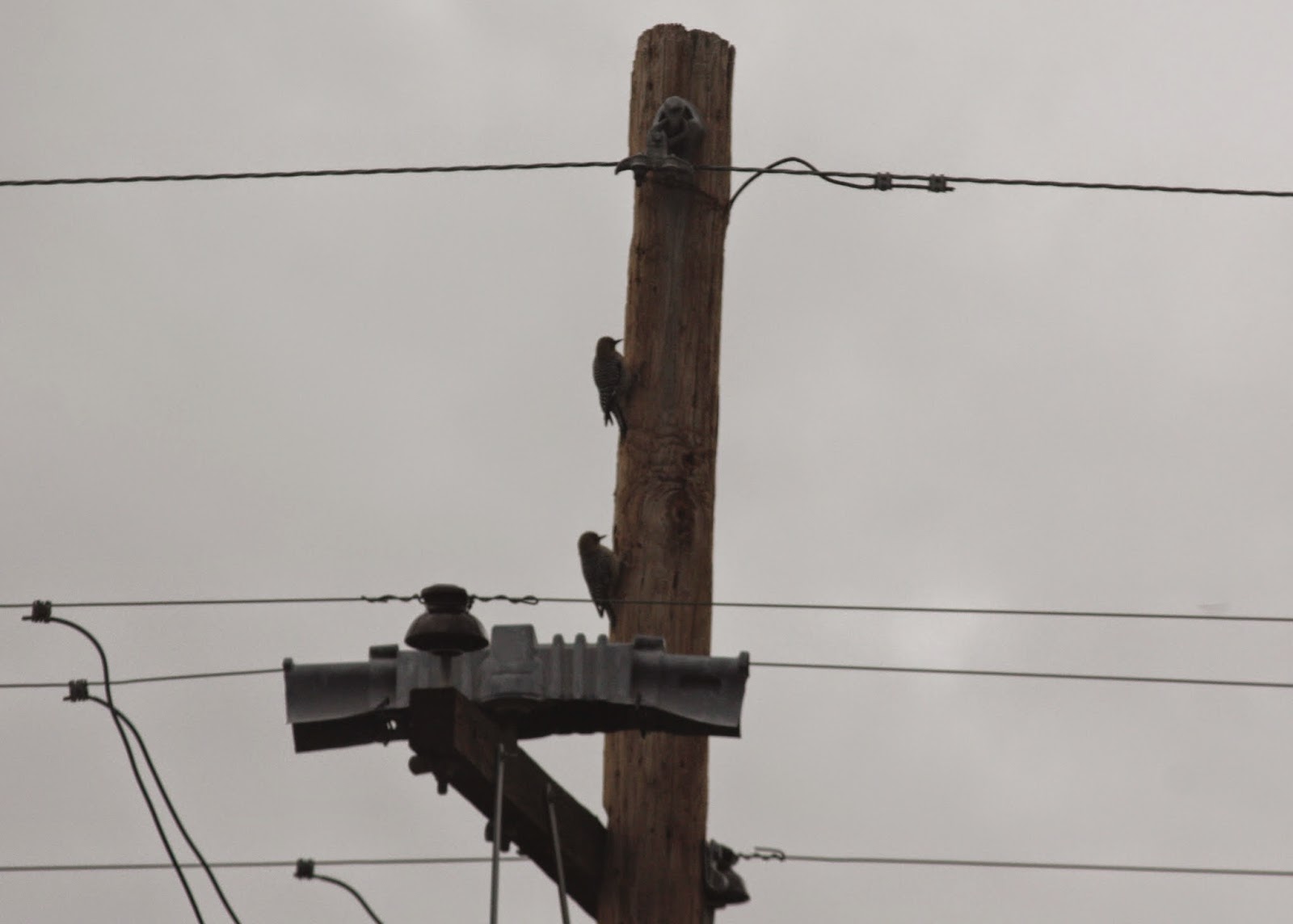 One new bird we saw was a juvenile cactus wren 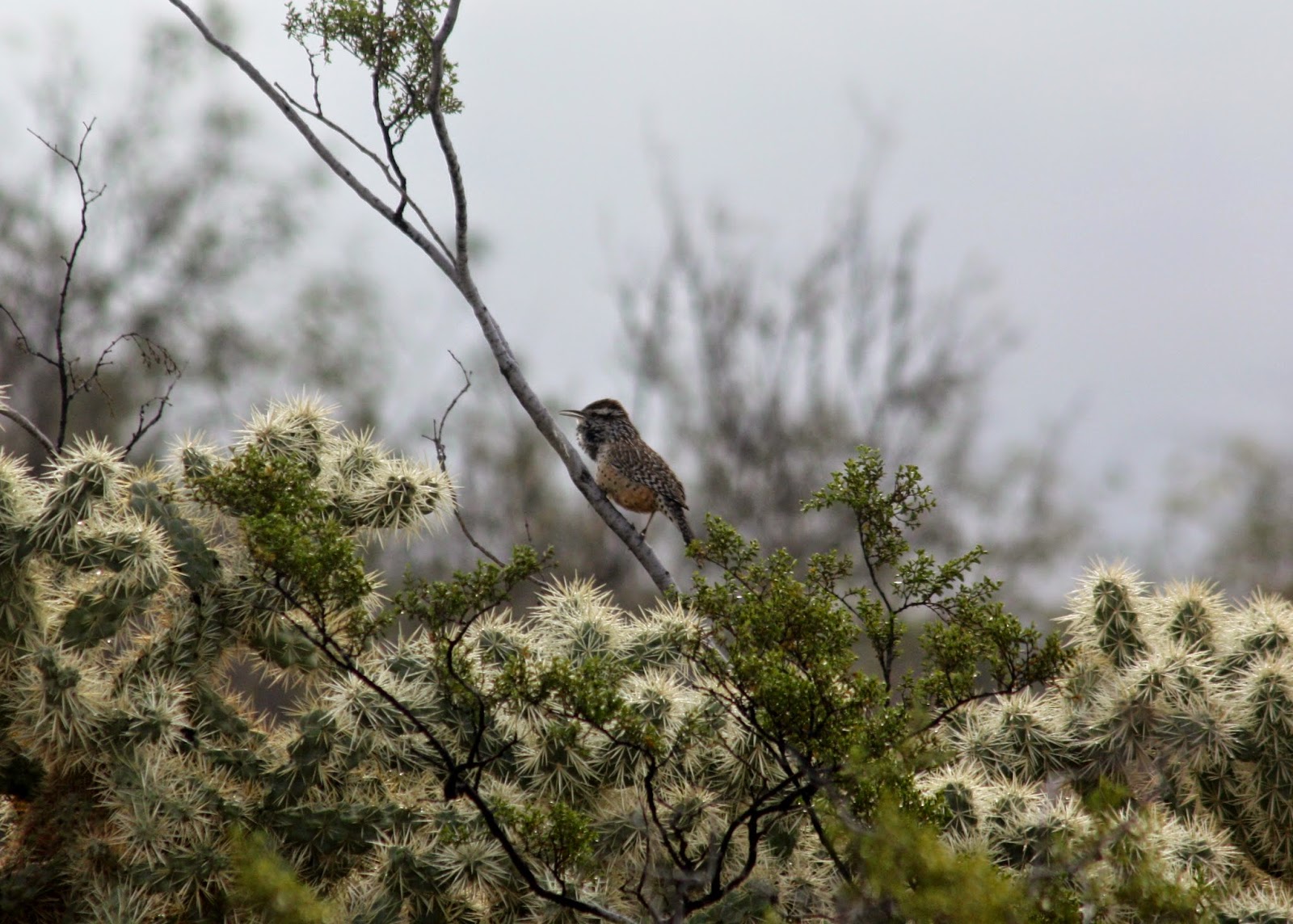 And we did find some different flowers.  Here is a desert marigold or dogweed. 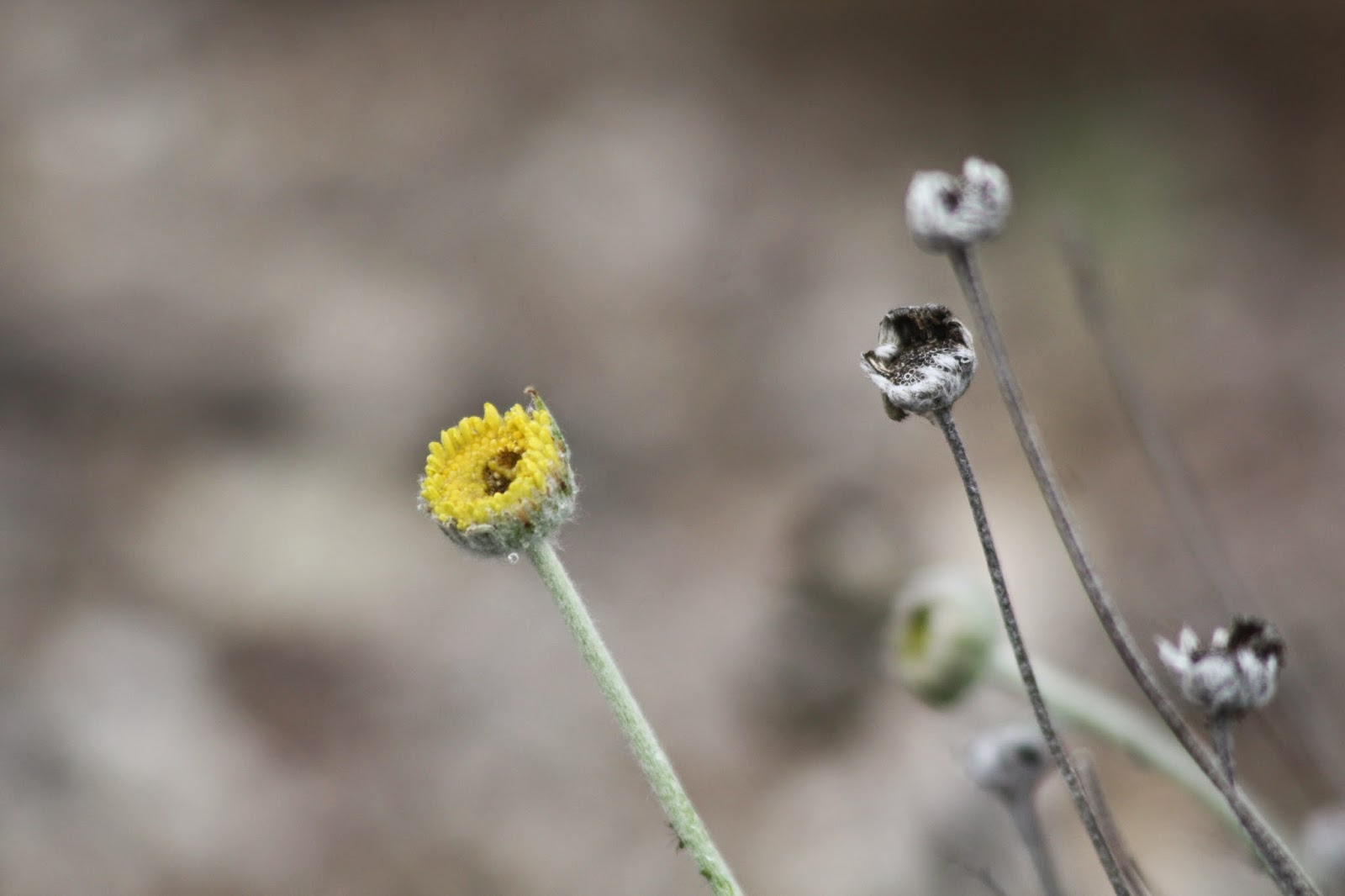 Silverbells  aka Jewel Flowers were impressive. 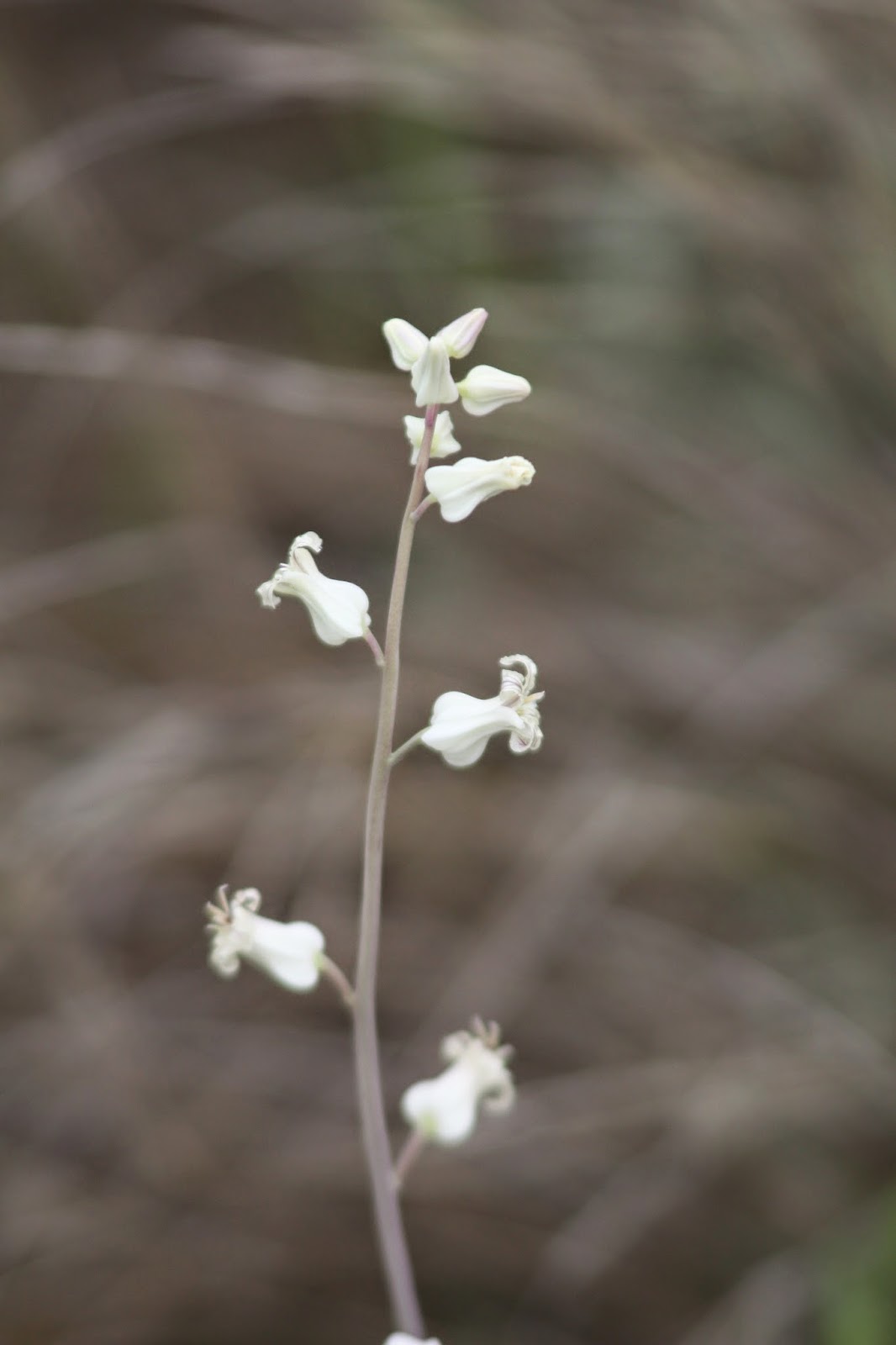 This is also pretty but it is an invasive species  Odona I think and the naturalists would like to purge it along with bufflo grass. 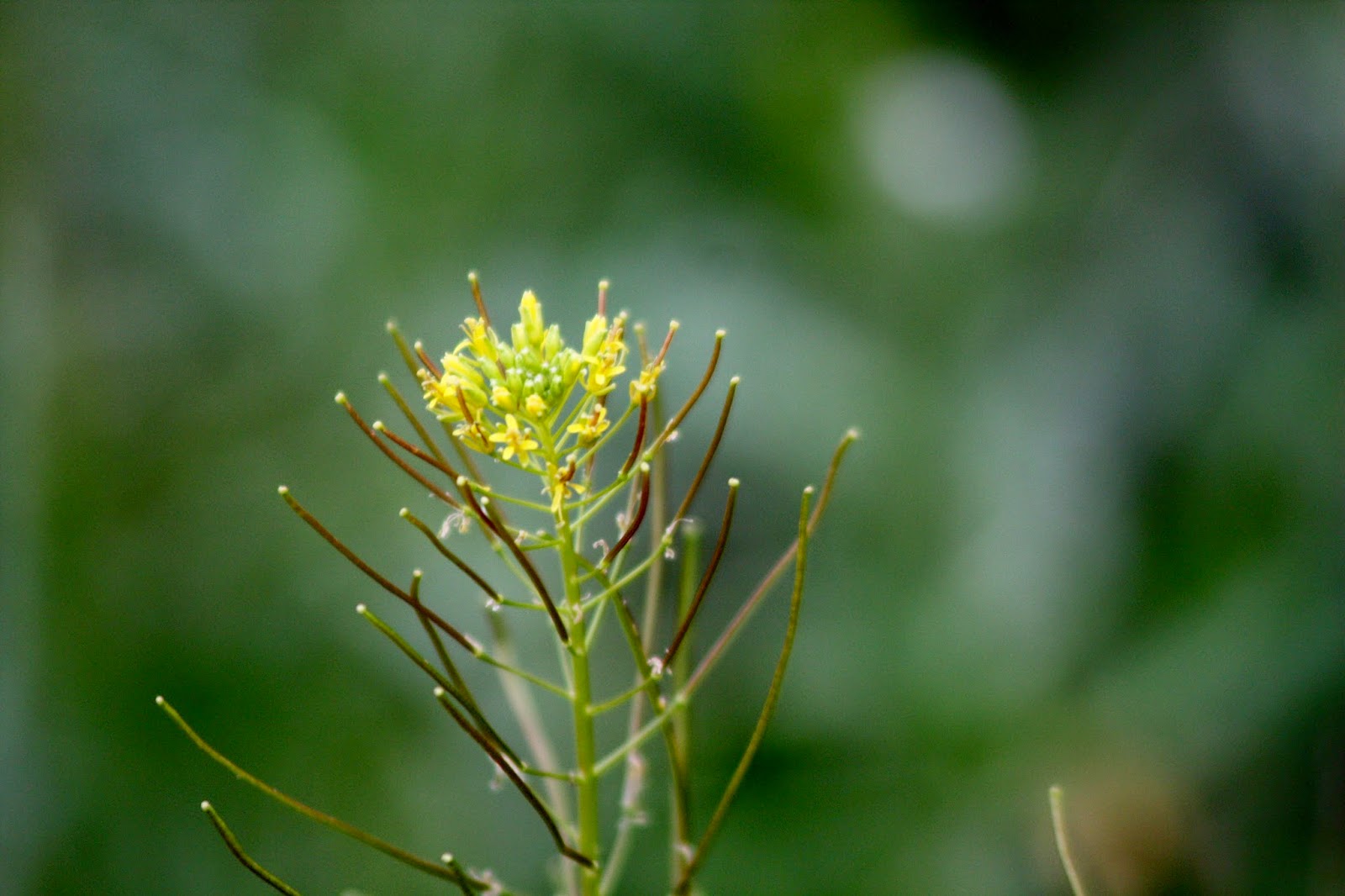 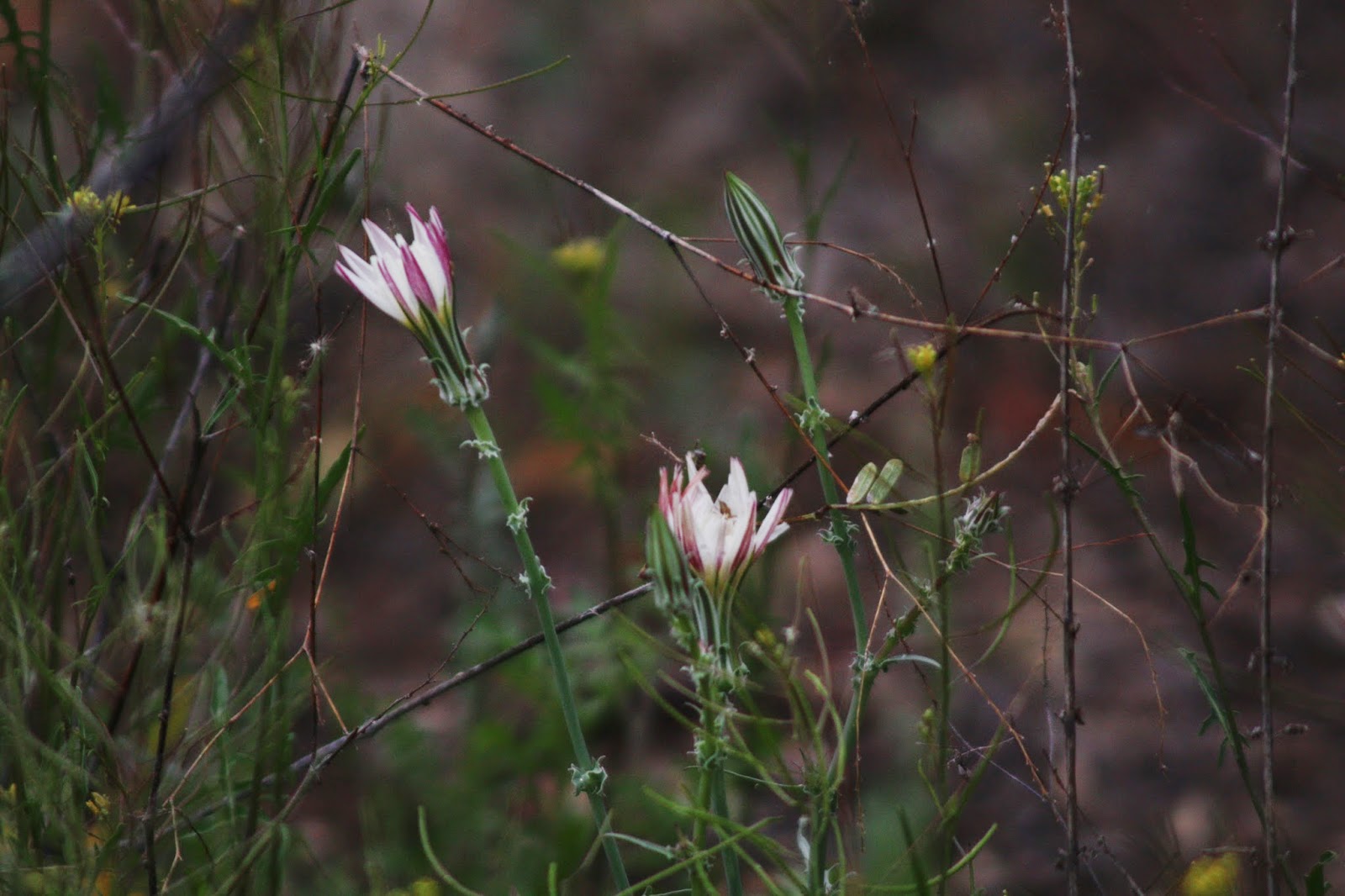 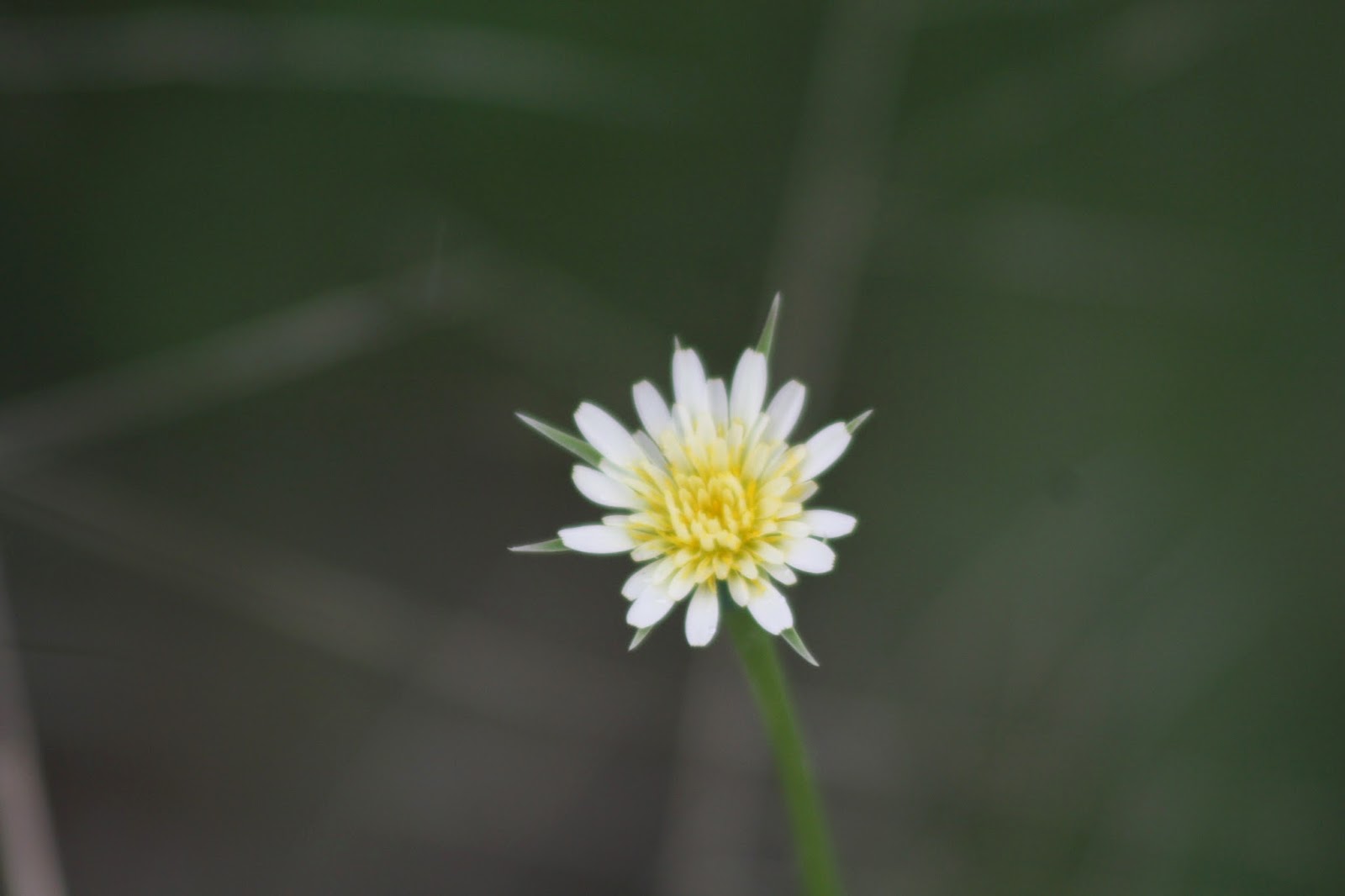 Down at the creek in the riparian area, the trees were reflected nicely in the water, but the wind was up and we were getting some more drizzle.  It was time to head back and get a cup of java at Brewd, our favorite coffeeshop. 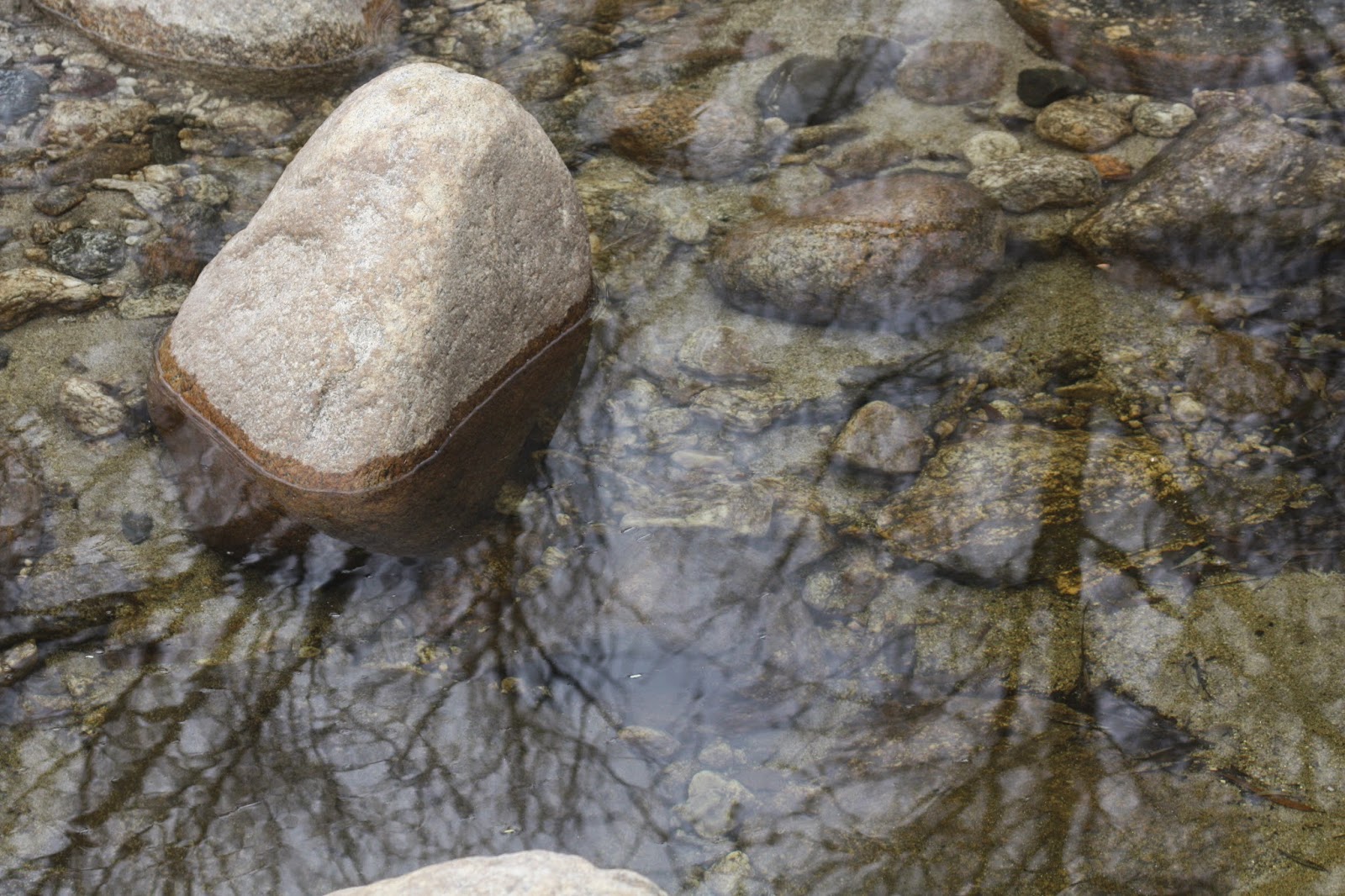