MASS MoCA is not a coffee!

MASS MoCA sounded like it should be something served at Starbucks, but it turned out to be an acronym for the Massachusetts Museum of Contemporary Art in North Adams, MA..  Our Road Scholar (Elderhostel, Exploritas)  arts tour this past summer visited and we were fascinated by the way in which an abandoned 19th century mill complex has been turned into a state of the art museum with ample space for the kind of large scale paintings and installations that so many current artists seem to favor. 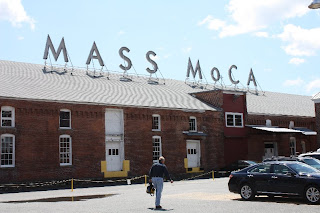 A large collection of Sol Lewitt wall drawings is a major feature of the museum. 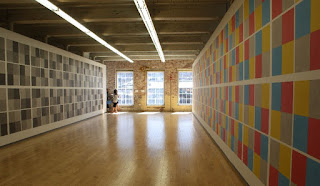 Their color and pattern delights old and young. 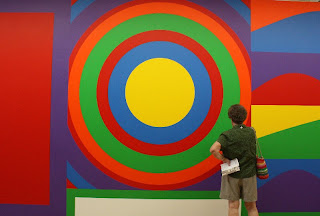 Also on view a series of installations--some of which can literally be walked through. This one is called "Breathing Room" by Dan Steinhilber 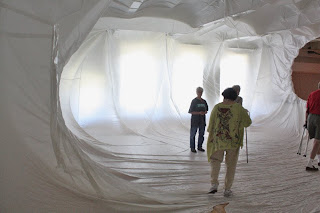 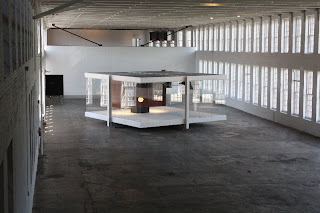 Where have you been Jimmy boy?

Well,  been running around the country and then just been lazy.  Not sure whether that is good or bad, but that's my story and I'm sticking to it Wikileaks or no Wikileaks. 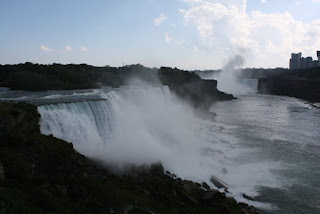 Where did we run to?  All the way back to the end of July and into August we did a Road Scholar (Elderhostel) double trip to the Berkshires that included a stop at  Niagara Falls and then two weeks in New Hampshire  and the Williamstown, MA area.  Then it was home to Monmouth for a couple of months. A bit later (i.e. the end of October)  it was in the car again for the Carolinas.  A stop in Greer to visit friends, then three days sightseeing in Charleston, then on to my sister's in Fort Mill SC.  Finally home again to stay until after Christmas.
Posted by DramaJim at 9:59 AM 1 comment: