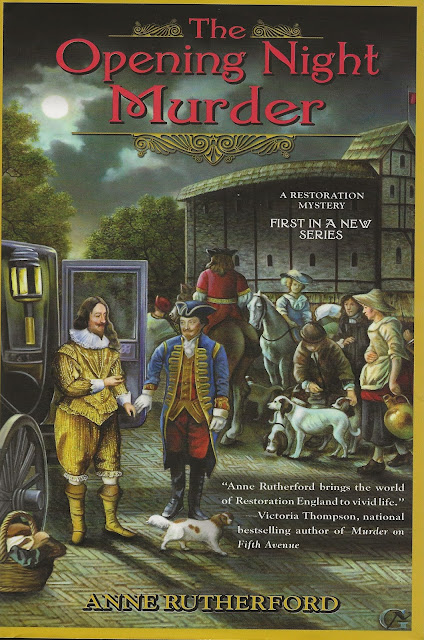 Rutherford,Anne  The Opening Night Murder
Shakespeare’s Globe Theatre was built in 1599, burned down in 1613, was rebuilt and reopened in 1614, operated until the closure of all theatres in 1642, and was demolished in 1644. Anne Rutherford’s 2012 historical mystery, The Opening Night Murder, posits that the Globe actually stood vacant until the Restoration in 1660 and was reopened by a former kept woman and her son who was fathered by a Royalist nobleman. Suzanne Thornton is the doxy turned impresario and all is going well until a body drops out of the heavens at their opening performance of Henry V. As luck would have it, the fresh corpse turns out to be the fearful Puritan who kept Suzanne during Cromwell’s reign.

While the box office receipts remain strong our fiercely independent heroine must find the real killer to keep her own son from the gallows. The theatrical atmosphere was over-shadowed somewhat by Suzanne’s on again off again longing for the thoroughly unlikable Earl who fathered her son and now has returned to London with Charles II the new King.

Another plot limitation is that the denouement, though exciting, strains credibility.  But on the plus side the period detail is vibrant and the feminist leanings in the character of Suzanne Thornton could be explored in further books capitalizing on the introduction of women as performers on the Restoration stage.

Let’s give it a three out of five stars.

Posted by DramaJim at 8:12 PM No comments:

Review of THE GEOMETRY OF HOLDING HANDS 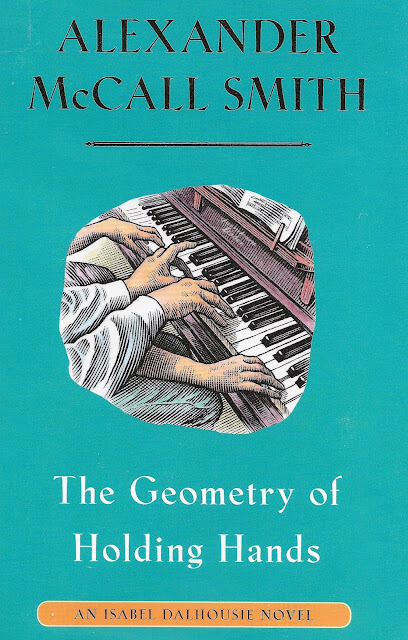 The Geometry of Holding Hands

Here we go with the umpteenth in the series of Elizabeth Dalhousie books by what must be one of the most prolific authors ever to grace the veldts of Africa or the streets of Edinburgh, Scotland. You know you are in the presence of a Renaissance mind when you run into references to Daniel Barenboim, Bertolt Brecht, Petronius, Ovid, Plato, Aristotle, Moliere, Hoarce, W.H. Auden, Benjamin Britten , and petri dishes all in the first four pages of a novel.

Let’s face it. Ms. Dalhousie is as far away from Mma. Ramotswe, the stalwart operator of Botswana't No.1 Ladies Detective Agency as can be.   Mma. Ramotswe is a woman of comfortable size married to an auto mechanic who has great intelligence and love for others but little formal education. Isabel Dalhousie is a wealthy, art loving, highly educated, urban dweller whose husband is a professional bassoonist.  She publishes an academic journal devoted to exploring the finer points of philosophy and ethics while also spending a good deal of time assisting in the operation of her niece's delicatessen. . Though separated by both geography and social class, both women do exhibit similar characteristics. They love helping people and have a difficult time turning any request down. Isabel, in particular, seems to dwell so intensely on the moral significance of simple daily interactions that she is constantly getting into tricky situations that highlight her inability to say no to almost any request.

In this outing McCall Smith has Isabel and Jamie, her musician husband, dealing with two major threads that center around this inability. First, Isabel is approached by a stranger suffering from a terminal illness who asks her to serve as the executor of his will.  She has severe doubts but accepts and then has to deal with how she will decide who of three relatives will get how much of the man’s considerable assets. The second plot knot is more familial. It involves Cat, Isabel’s niece and delicatessen proprietor,  who has become engaged to a man who has some dubious character traits. This involves considerable philosophic discussion that seems to be best summarized by Isabel’s conclusion that difficult people get away with a lot because one never quite knows where to start in saying “no” to them.  Ultimately both of the central issues come down to tough decisions about the distribution of money.  I must admit that I  kept wondering how the problems would be solved if a considerable fortune had not been at hand to put salve on the emotional distress in both cases.

All told, not my favorite McCall Smith book, but still thought provoking and pleasantly humorous. One minor event that stood out was the funny scene in a fancy Edinburgh restaurant where the waiter warns Isabel and Jamie off certain menu items. This fosters an ethical consideration as to whether it is appropriate for a waiter to do such a thing and does it mean he really hates his job and might be likely to spit in the soup before serving it.

As is often the case with McCall Smith, a final coda ties the title to the major story lines and we end with a scene of peace and love.  Brother Fox also continues to pad through the garden on occasion. 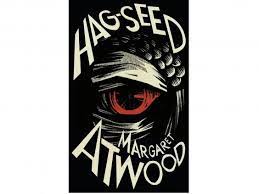 Felix is a successful director of a major Canadian Theatre Festival (Think Stratford) who is victimized and fired by ambitious members of his governing board just as he is planning a revolutionary production of The Tempest. He spends several years afterward as a hermit all the while carrying on with the imaginary presence of his own dead daughter named Miranda. Finally comes a sudden opportunity to lead an experimental theatre program in a prison (Think a remote island).  He is successful over the next few year and then decides to mount the production of The Tempest he had been working on when he was fired,  He recruits the actress who he had wanted to cast as Miranda in his ill fated production of years ago to now play Miranda in this prison setting. Then a marvelous coincidence puts his old enemies within reach (Think a shipwreck).  His thirst for revenge has been  rekindled.  And thereby hangs the tale.

Familiarity with Shakespeare’s The Tempest is not required, but it does help deepen and fill out the story.  Anyone with a love for theatre will enjoy the re-creation of these two parallel worlds by award winning author of The Handmaid’s Tale.

Taking a break from the book reviews now to bask in a little Arizona scenery.  Are you in the vicinity of Globe AZ?  Take highway 60 and drive through the Salt River Canyon.  T'aint the "Grand" one, but it is a nice option since you can drive right down to the bottom and then back up again. 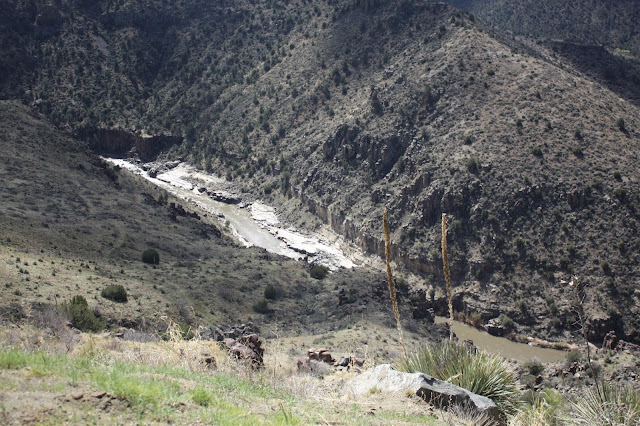 From above the views are splendid. 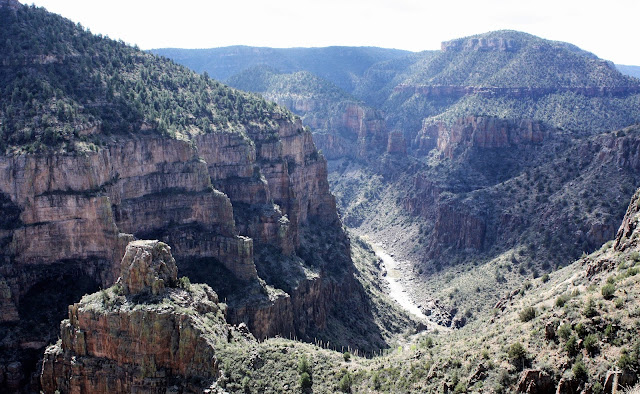 Closeups are even more spectacular. 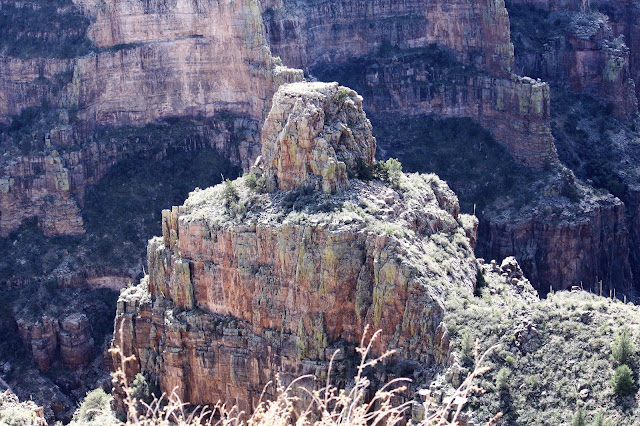 At the bottom you cross the river on a modern bridge. 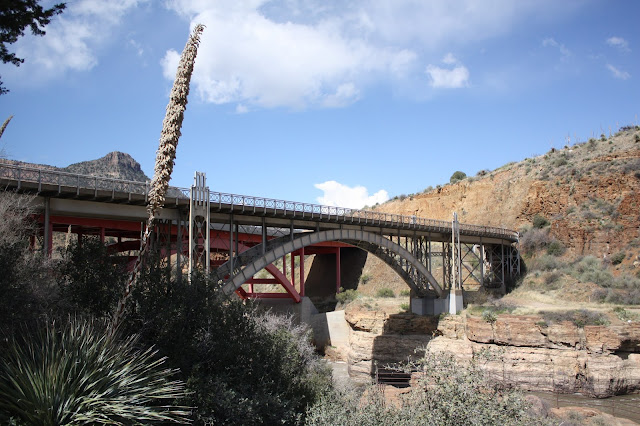 The river seems shallow and pretty placid down here. 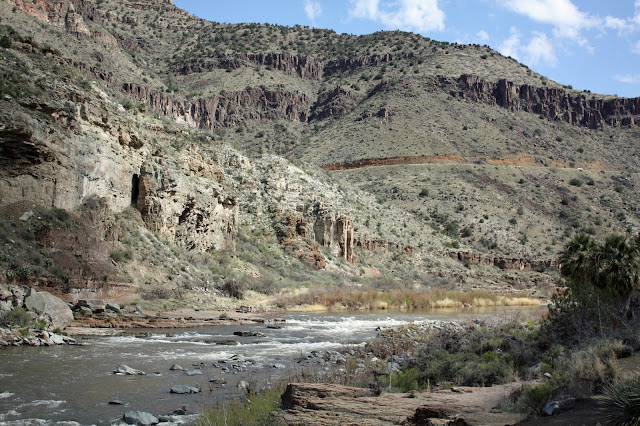 The view looking up is fascinating as yo see the road zig zagging down. 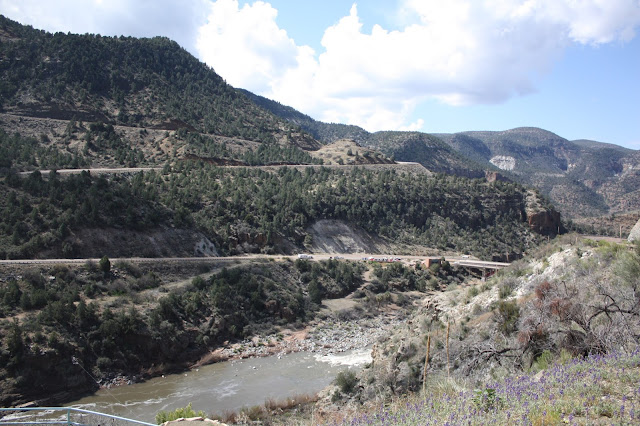 There are lots of places to stop  and look as you go down or back up out of the canyon. 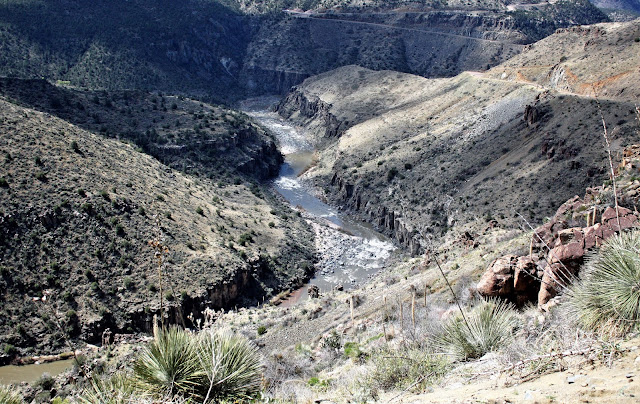 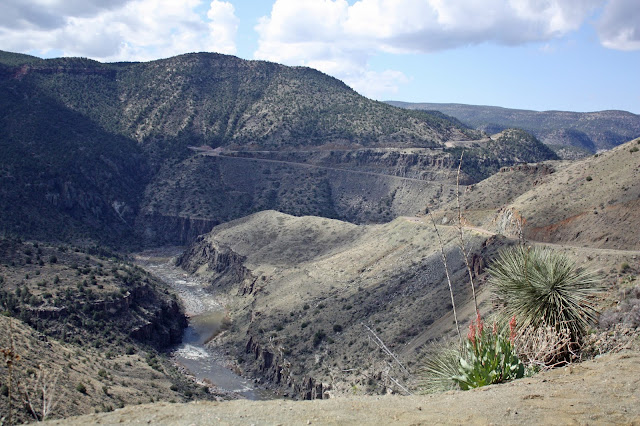 And pretty soon you are back on the other side and can't even tell it is there. 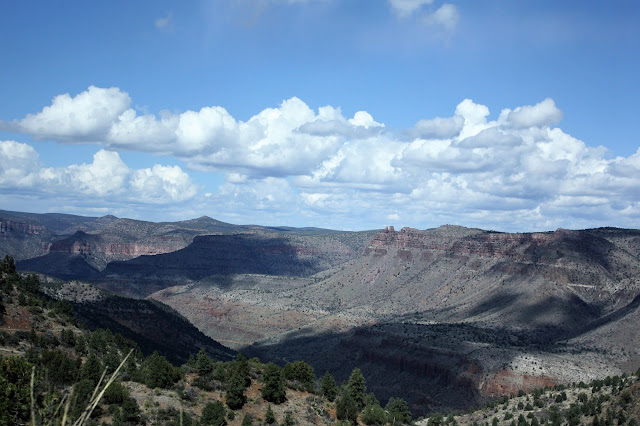 Ohh to be traveling again! 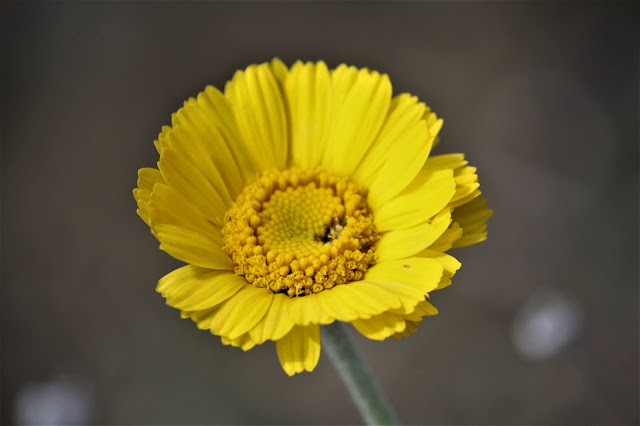 Email ThisBlogThis!Share to TwitterShare to FacebookShare to Pinterest
Labels: Travel

A Review of Louise Penny's The Nature of the Beast

Methinks I am suffering from Three Pines fatigue. I have just finished a catch up read of The Nature of the Beast in Louise Penny’s Inspector Gamache series. We are focused once again in that weird little Brigadoon hamlet that seems to harbor more than its share of Freddie Kruegers. Even though Ms. Penny notes at the end of the book that Gerald Bull was a real human being and a real armament designer, I found her fictional plot elaborations made things less rather than more convincing.

We must accept once again that the forest surrounding Three Pines is so dark and impenetrable that hermits’s cabins or a massive artillery piece (even if covered by camouflage) could remain unknown for more than twenty years. In this case the hidden gun is in a spot easily reachable by a small boy exploring the forest a veritable stone’s throw from his own backyard. You must also accept that the search for this gun has kept several lay people and several governments in a frenzy for years. Then you have to believe that all of this is somehow connected to an incarcerated serial killer cum playwright who has managed to write a producible work that also offers hidden clues to the whereabouts of the plans for the nasty gun. Luckily Inpector Gamache has been at the secret trial of this killer and just happens now to be retired to Three Pines where he has taken a liking to the small boy who is later killed after discovering the hidden monstrous weapon.

Enough! Nice try Louise, but I just can’t buy it and though the familiar characters are still sitting on benches around the green, still meeting at the Bistro, still having artistic blocks, and still eating scrumptious gourmet meals, it just doesn’t compute.

Maybe after a break I’ll return to continue my progress in reading all of the Gamache novels.