Just finished a book titled Free for All: Joe Papp, The Public, and the Greatest Theater Story Ever Told."   Papp was the guiding light behind the New York Shakespeare Festival/Public Theater for many years and shepherded a host of  new playwrights including David Rabe, Jason Miller, and Ntozake Shange.  His hand was also on breakout Broadway hits including  Hair, Chorus Line, and Pirates of Penzance.

The format of the book carries us through his career and the shows produced in Central Park and at the Public Theater through  the vehicle of interviews with Papp, the directors, actors, and other personnel who were involved in the productions.  This makes the narrative a bit jumpy and sometimes repetitive, but for any comtemporary theatre historian, dramaturg, or director of the works covered, there is some fertile loam to sift through.  Think of it more as a research tool for the professional rather than something the casual reader might pick up and read from cover to cover.

I did enjoy one fine pun story from the 1975 production of Hamlet in Central Park. John Lithgow was playing Laertes and slipped while leaping into the grave during the fight scene.  He injured his knee and had to be taken to the hospital.   Mr. Papp was heard to say after the event, "Well I guess you can't make a Hamlet without breaking some legs. "

Posted by DramaJim at 1:04 PM No comments:

Could we dial back the volume?

Is it conveivable that "the other" can never have even a marginally good idea, is 100% motivated by evil, and should always be treated with contempt?   William Rivers Pitt has a message for those who seem to have nothing better to do with their lives than spew unending racist and political venom.
“There is a corner in every human heart made to be filled with hatred, fear, and violence. It is our common curse, and when we feed that space, it grows larger, stronger, and more vicious. Whoever you are, wherever you are from, whatever you believe, that corner exists within you because you are human.


The great challenge of our common humanity, and of every individual human, is to make a void of that space as best we can. In that simple discipline lives freedom, for it is our hatreds that bind us and stagger us to ruin. Hatred of the "Other" is the puppet string upon which we dangle. When you hate someone you have never met for who they are or what they believe, you are doing the work of those whose joy is in your rage.”
Could we dial back the volume for them so they might grow in peace and love and respect for their fellow human beings? 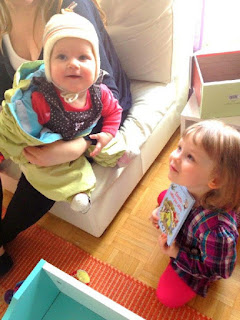 Thanks!
Posted by DramaJim at 8:57 PM No comments: