We have just returned from a two day tour of Organ Pipe Cactus National Monument sponsored by the Western National Parks Association. The Monument  has had some bad publicity in recent years because of its closeness to the border; if you are interested, you can get a rundown of  "the troubles" in the newspaper article cited just below. http://news.yahoo.com/blogs/ticket/fighting-drugs-border-violence-arizona-organ-pipe-cactus-132342614.html .  On the other hand, as of January 2014, things have clearly changed for the better.  Nowhere in our recent visit were we aware of anything but a dedicated Ranger staff and a magnificent desert wilderness. All I can say is "y'all come, it's waiting for you."

There's no question that our positive experience was enhanced by two top notch guides, in addition to Susan Cross, our Western Parks organizer. Guide one was author and historian Bill Broyles, who literally has written the book on Organ Pipe. Check it out at      ISBN 1-877856-69-X
http://www.amazon.com/gp/product/187785669X/ref=olp_product_details?ie=UTF8&me=&seller= 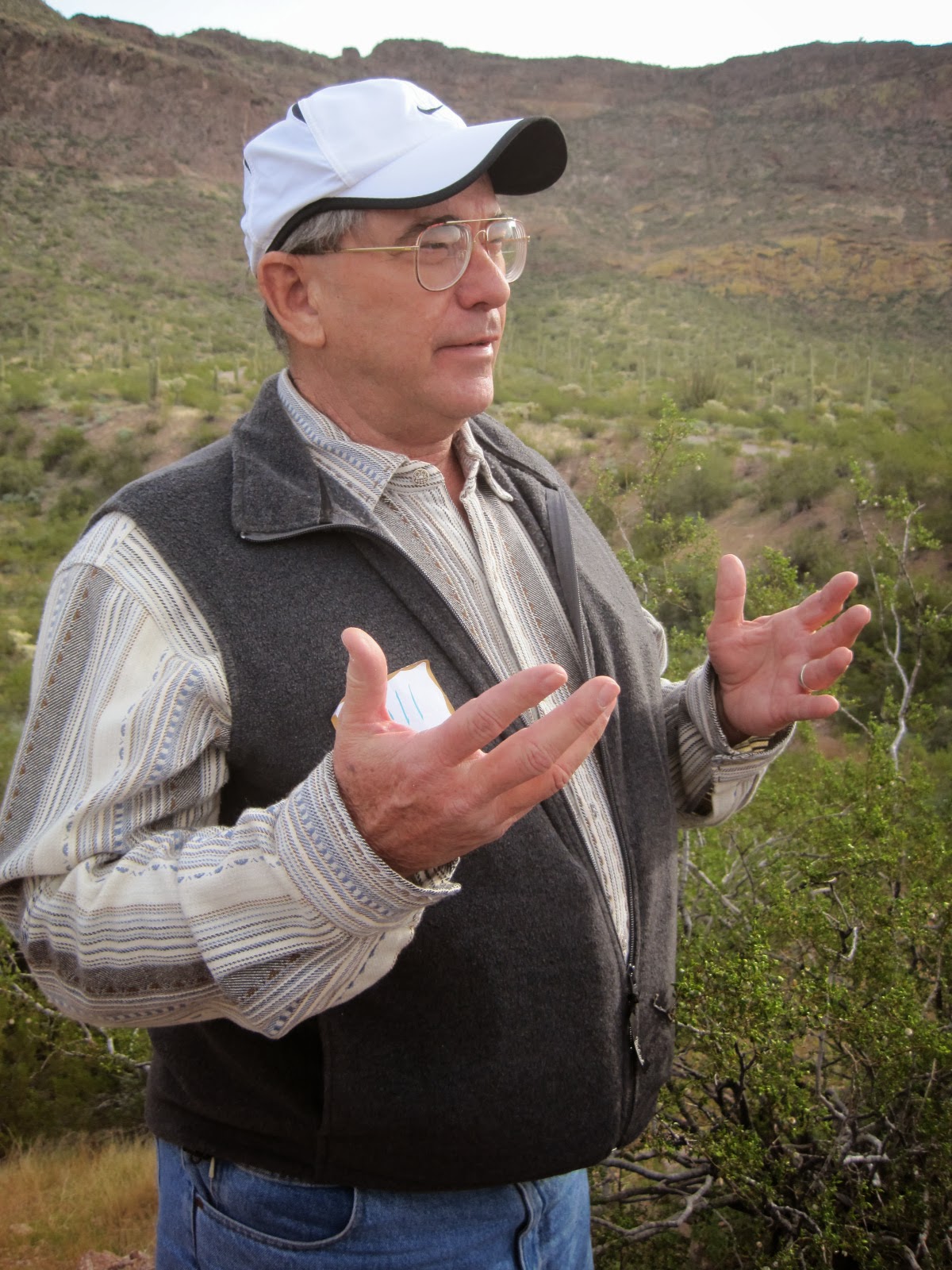 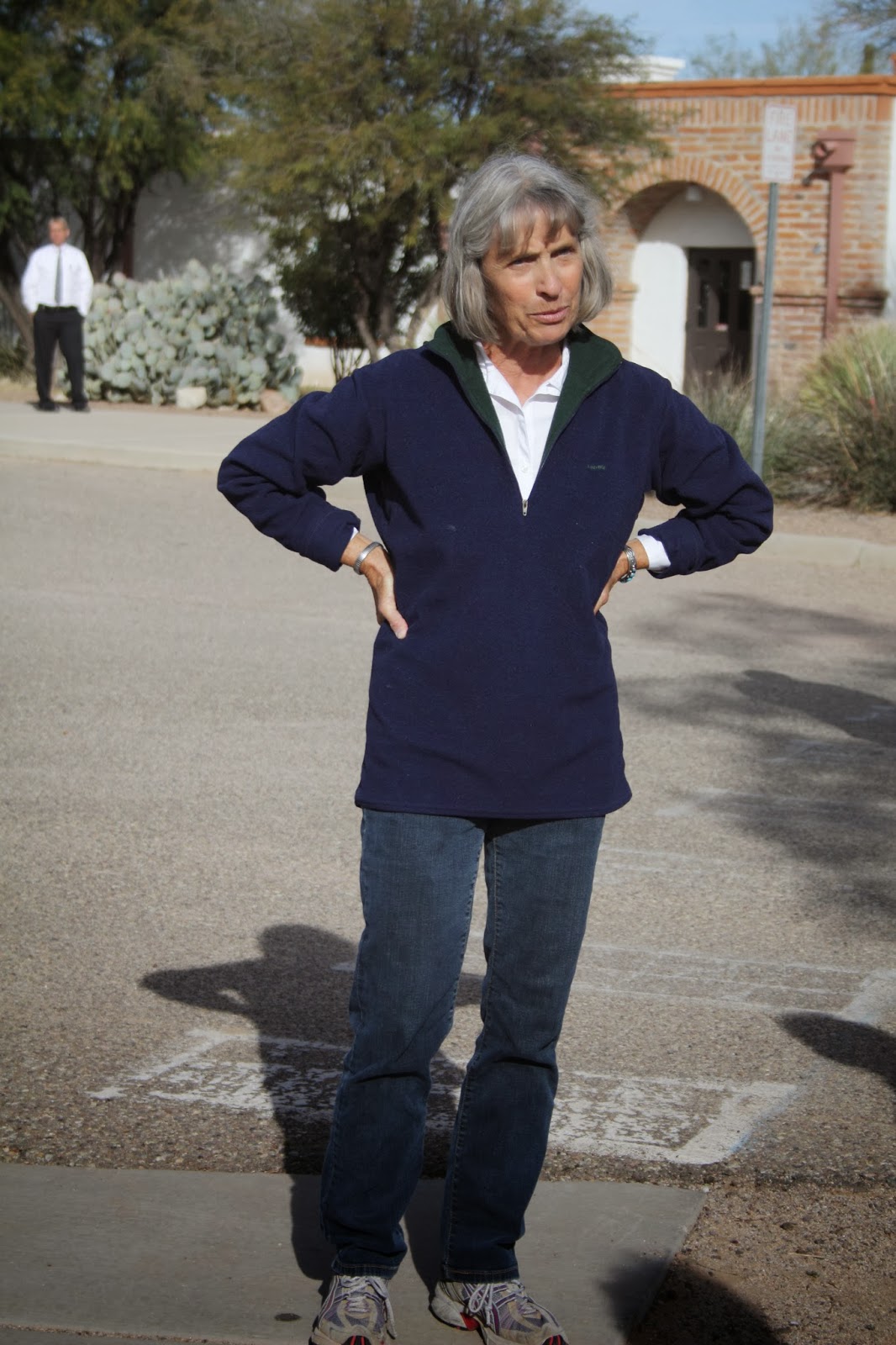 
Both were accessible, personable, and above all knowledgeable.
Our two day excursion began in Tucson where we boarded our coach and headed west on historic Hwy 86.

We stopped briefly at the restored stage stop at Three Points (Robles Ranch Junction). For a bit more history of that spot check out  http://www.azplanning.org/newsltr/June%202002.pdf 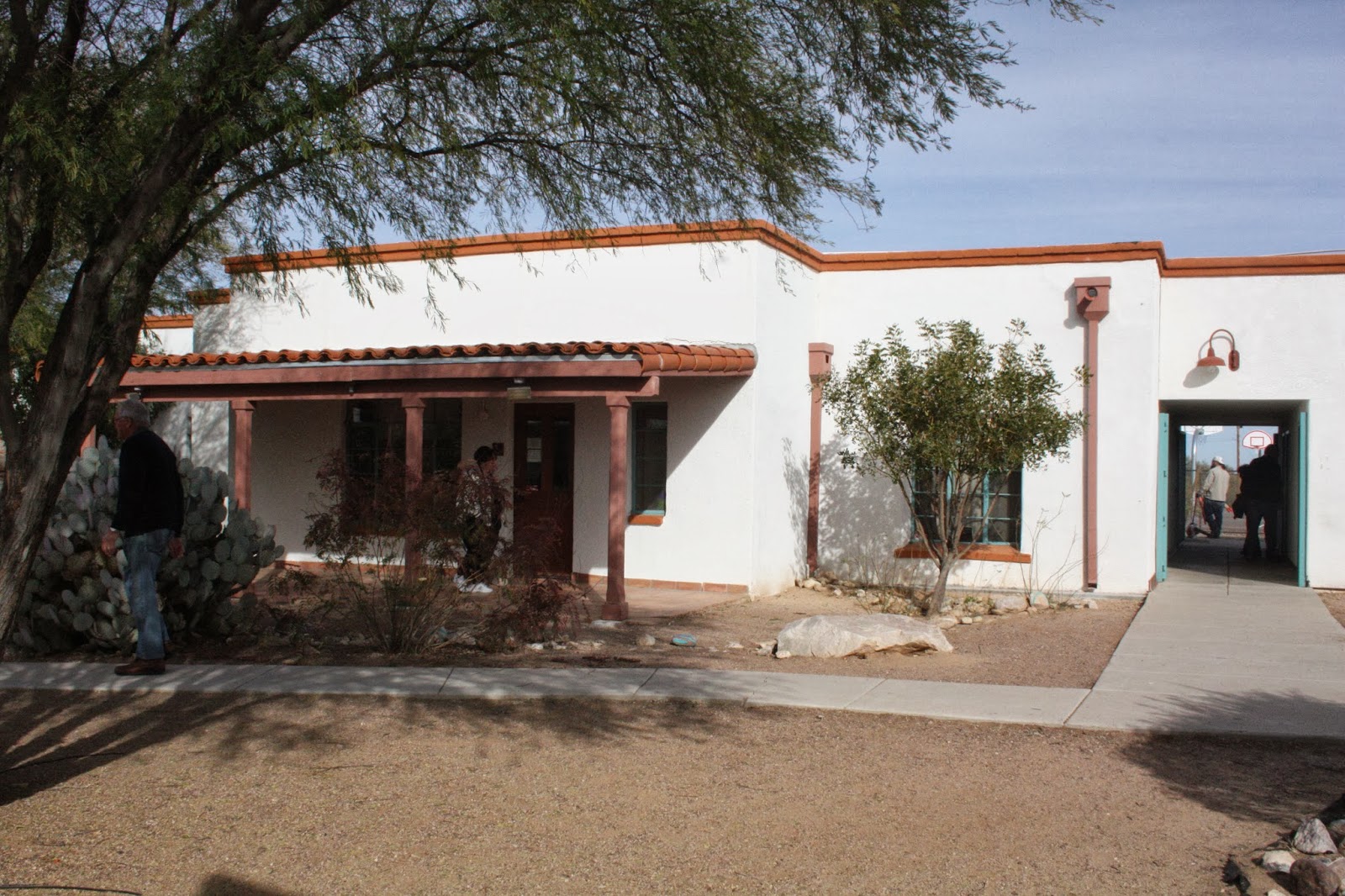 A bit later we drove past Kitt Peak  and its famous Observatory. 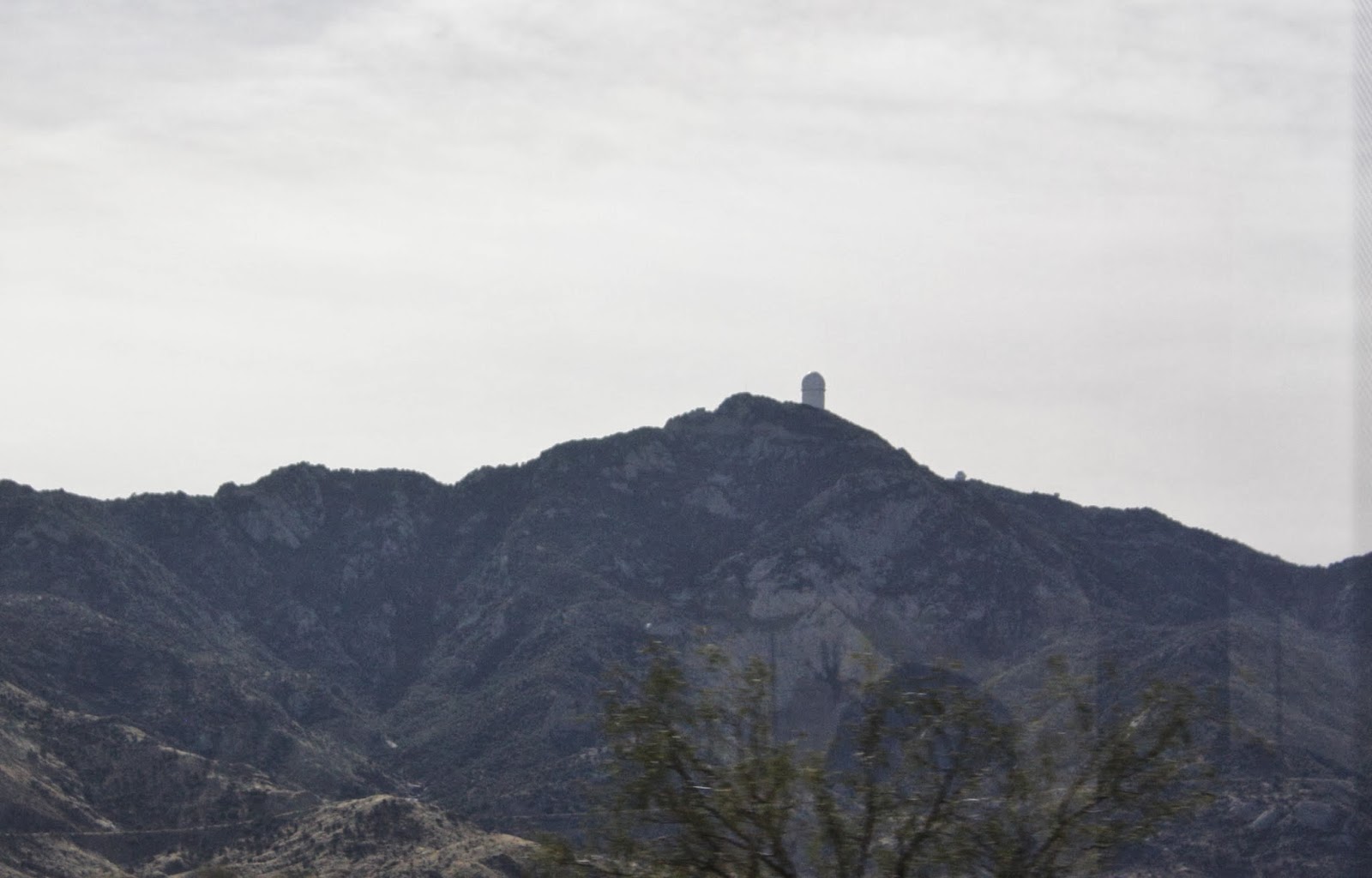 Lunch found us in Sells, AZ, where the Desert Rain Café served up local delights including my pork  ribs, beans, and salad. 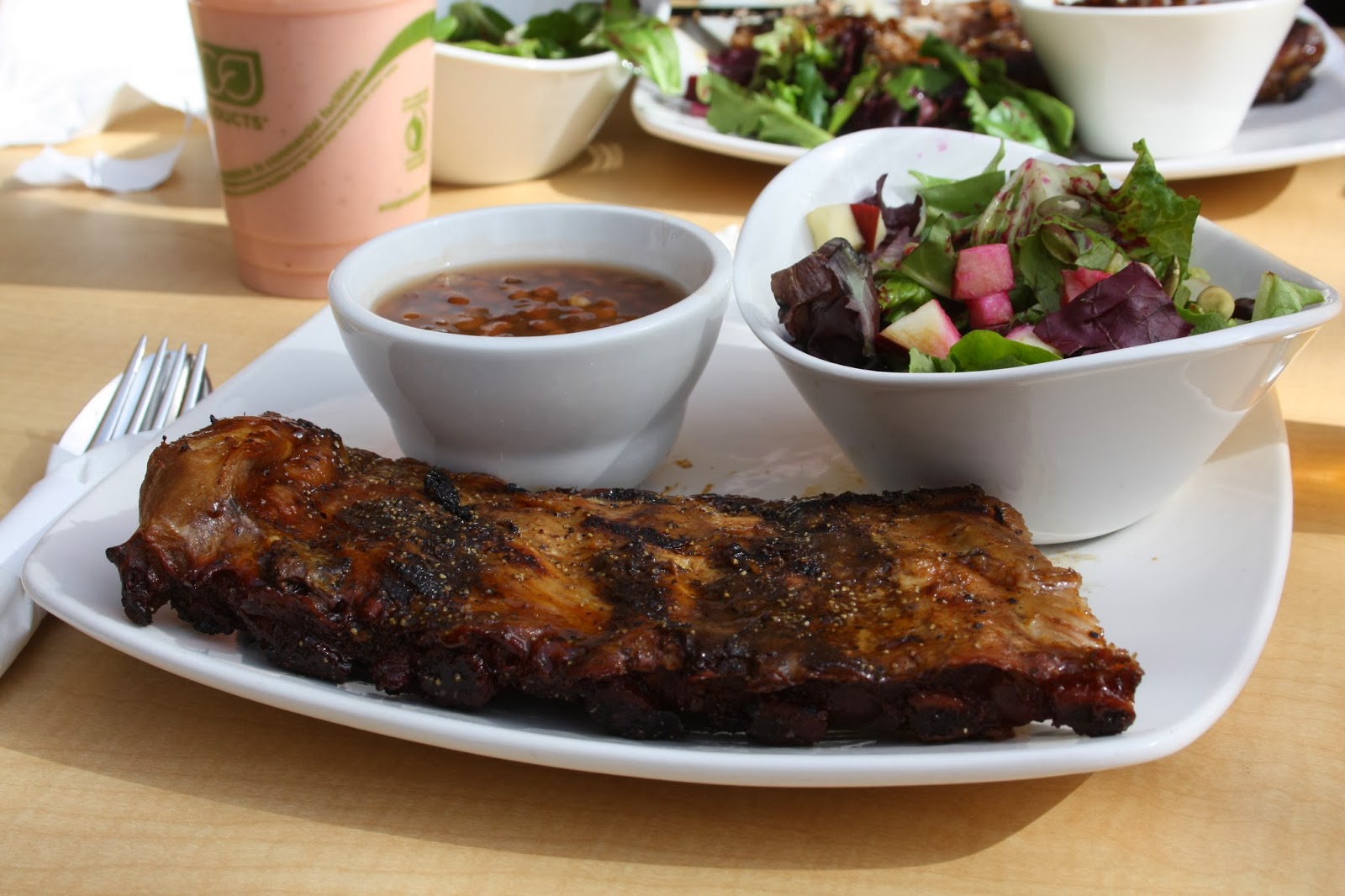 Then it was on to the Tohono O'odham Cultural Center and Museum. 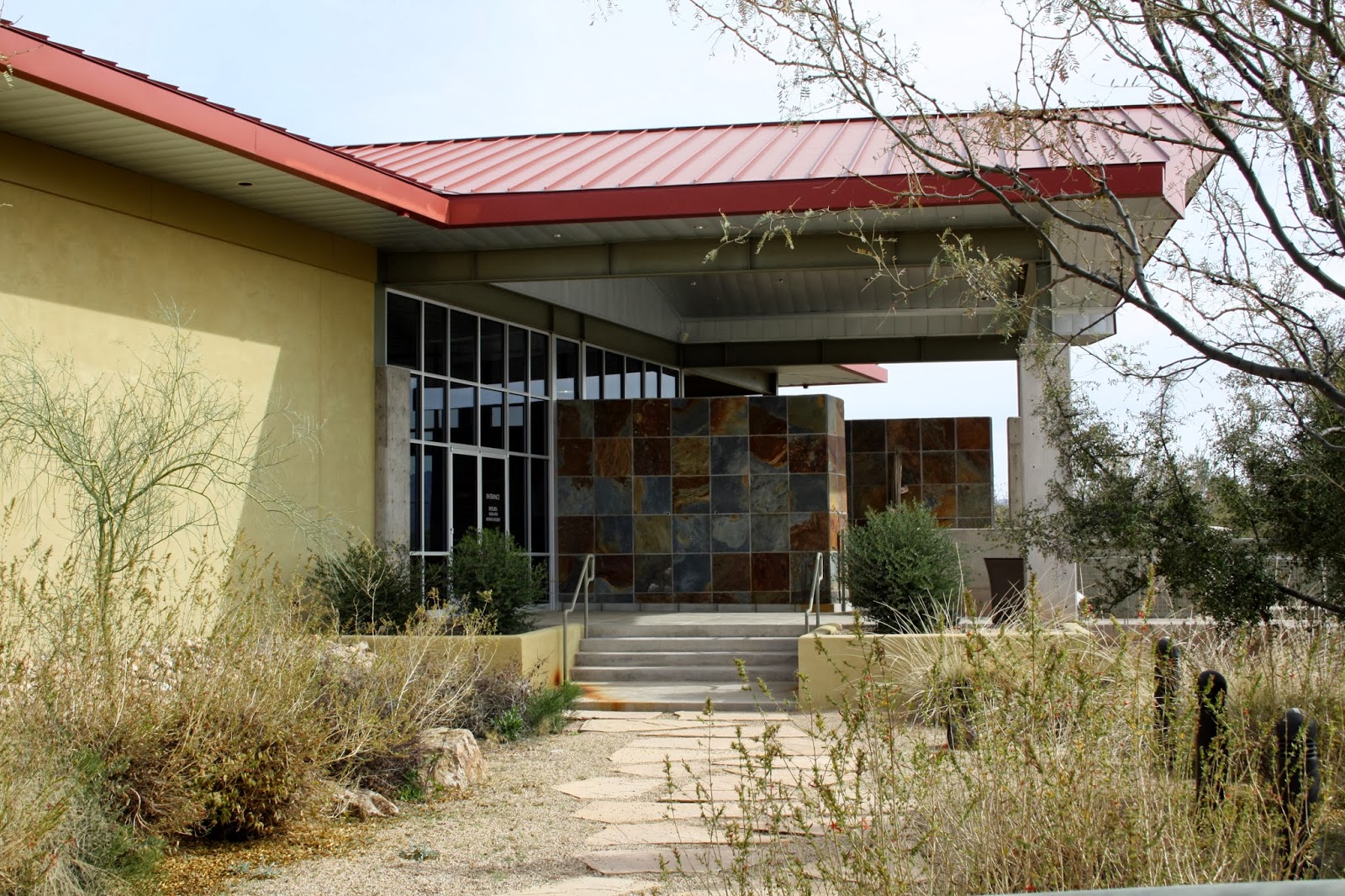 The Center was located on this site because of the views of Baboquivari Peak, which is sacred to the tribe. A cave atop the mountain is home to I'itoli, their Creator and Elder Brother.  See more here about that story.  http://climbing.about.com/od/mountainclimbing/a/Facts-About-Baboquivari-Peak.htm 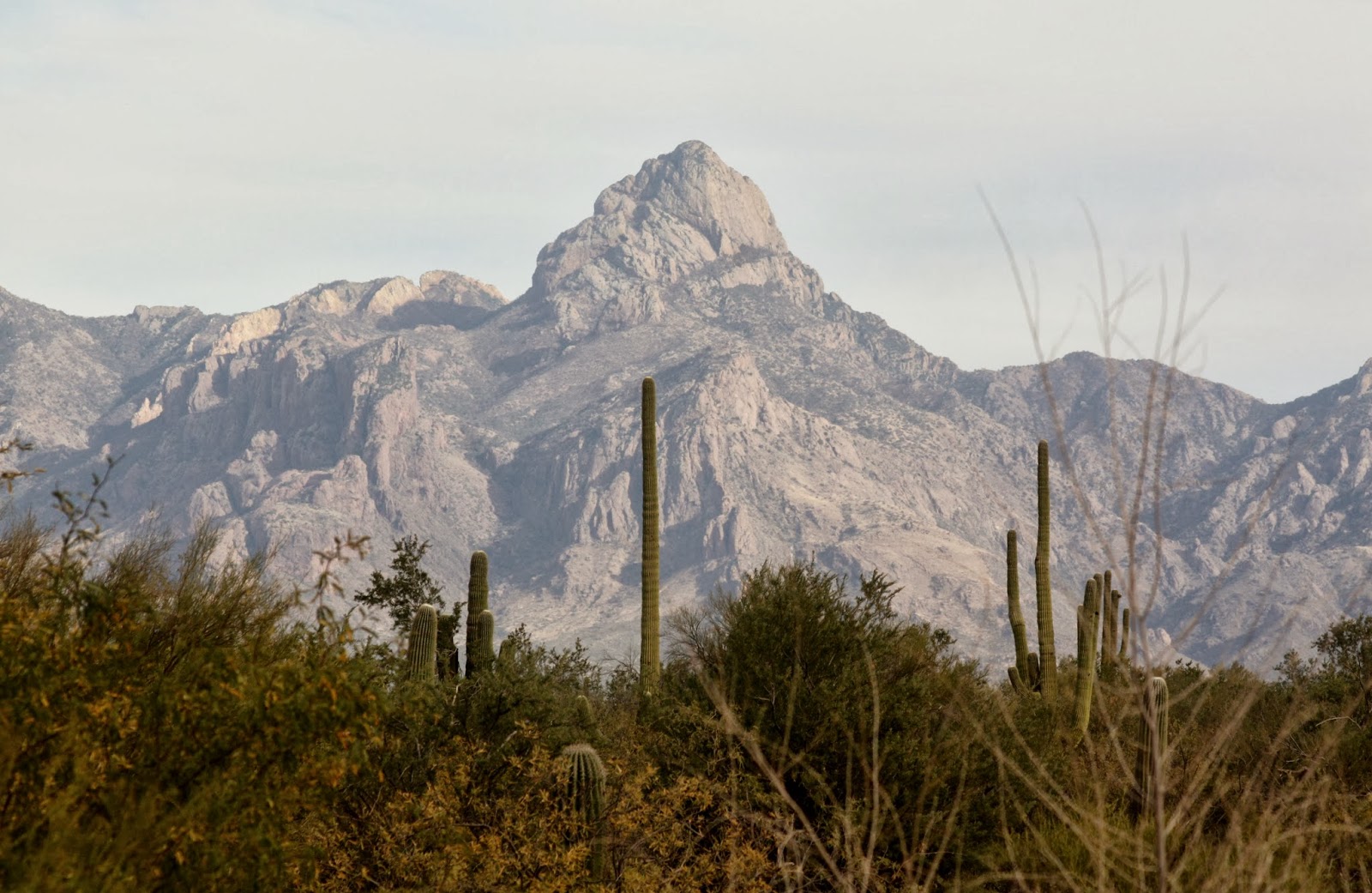 At the center we listened to a number of presentations on tribal history and Native American crafts. Joe Joaquin, a Korean War hero and tribal elder made some fascinating comments about the continued efforts to repatriate both land and tribal artifacts. 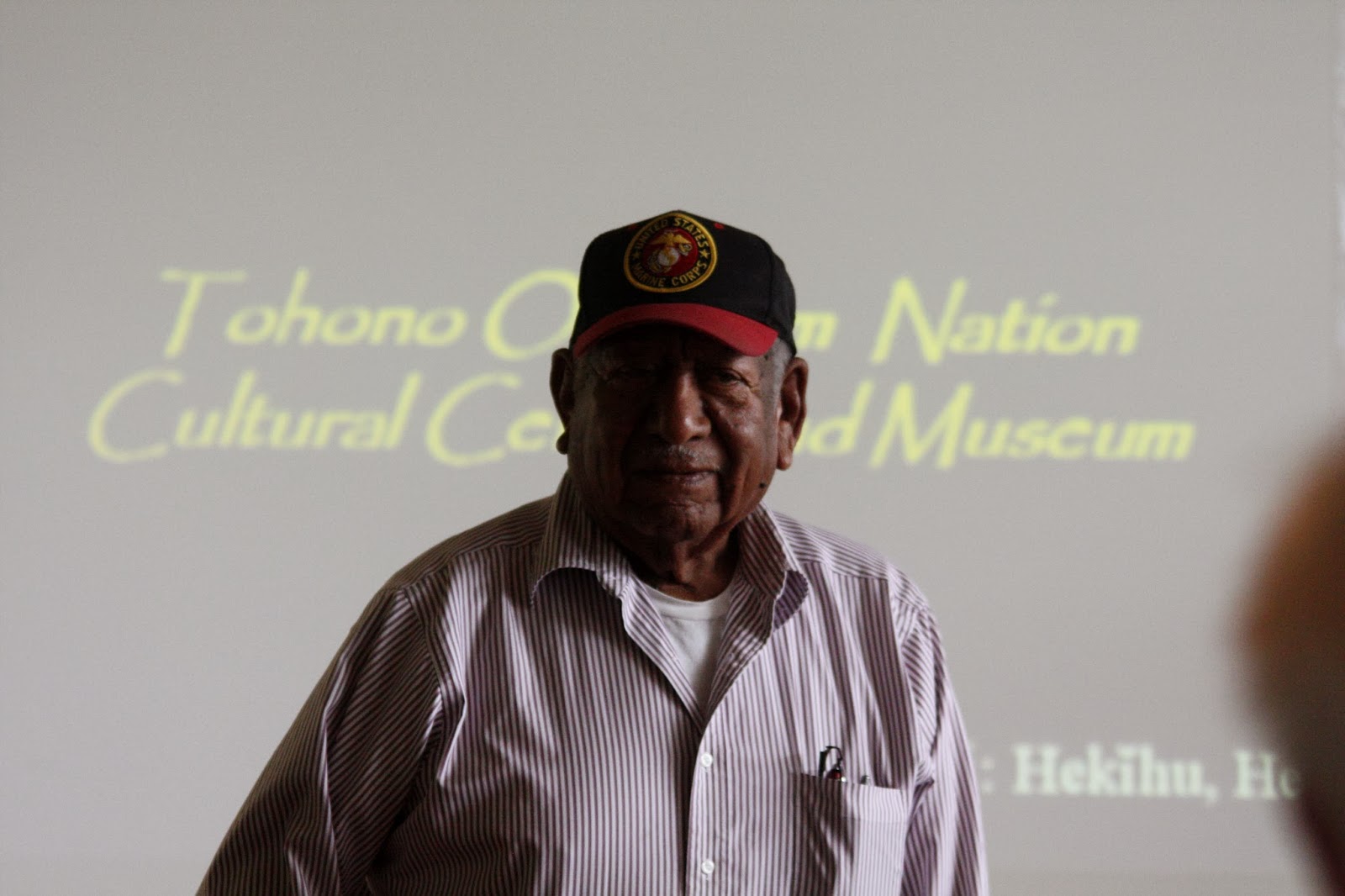 Bernard and Maria also helped us understand the nature of the Tohono O'odham and their crafts. 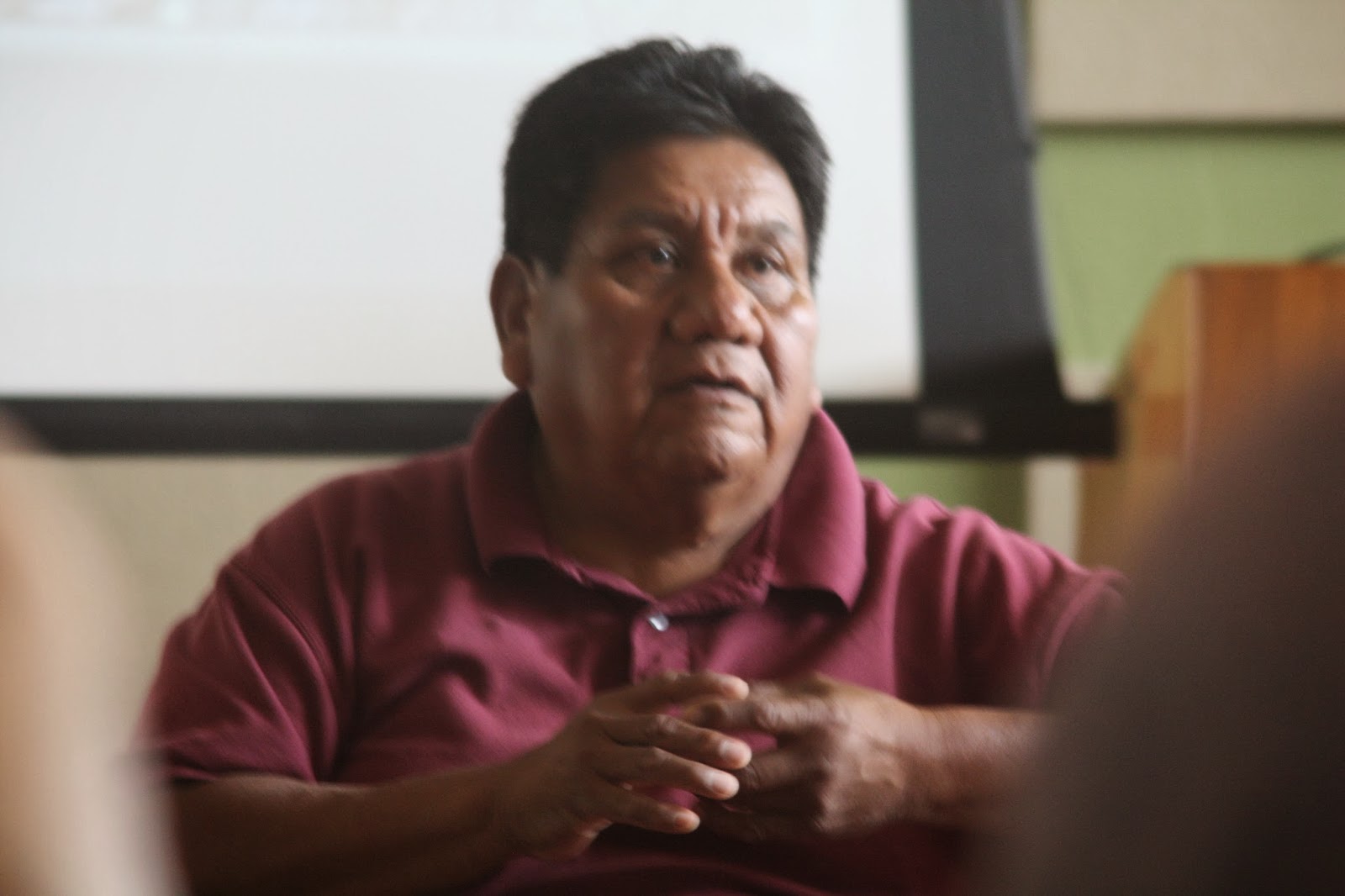 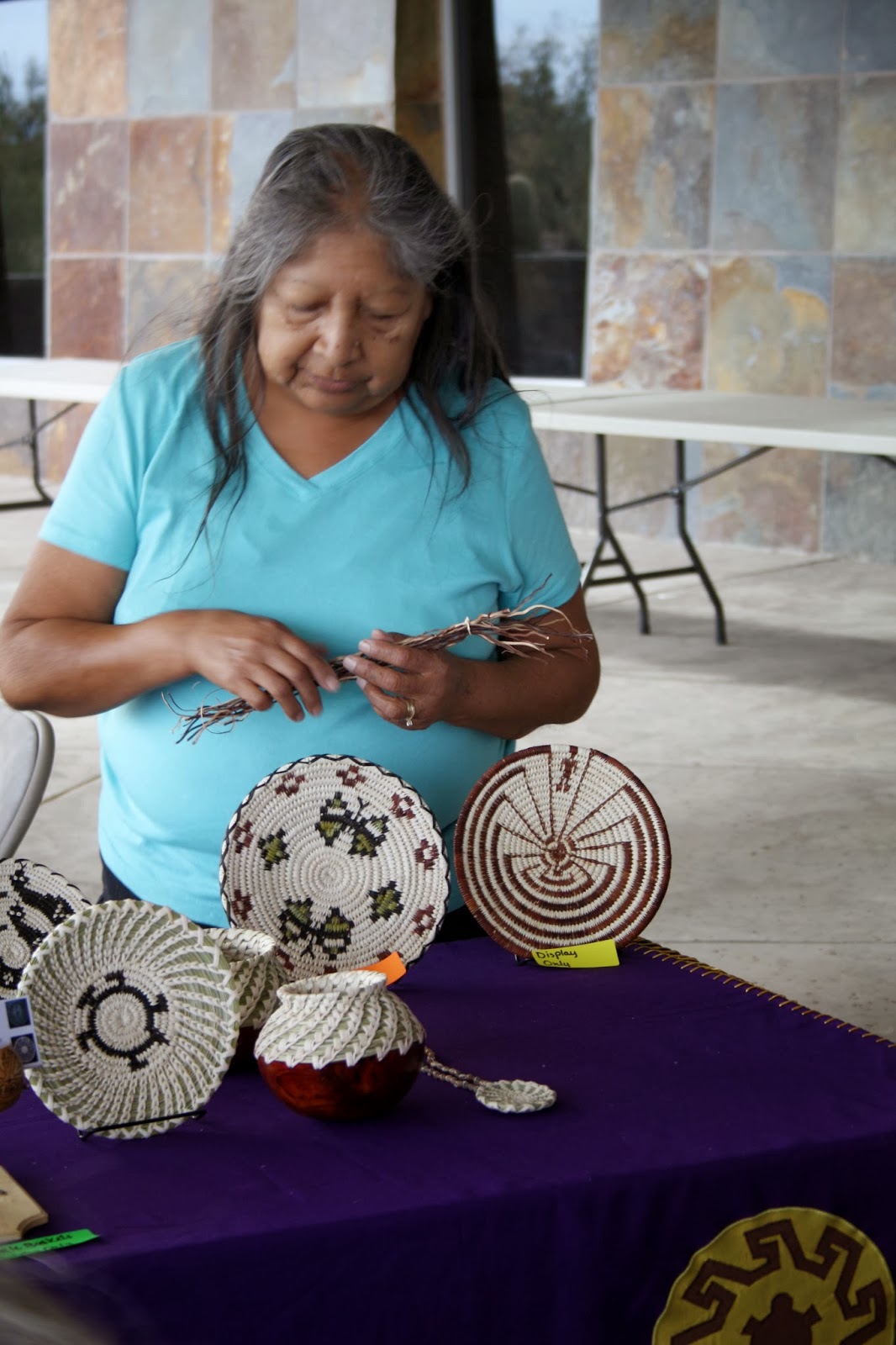 Just before we left, our bus driver Paul, offered to snap a shot of Jan and me in front of an intricate fence constructed entirely of mesquite logs. 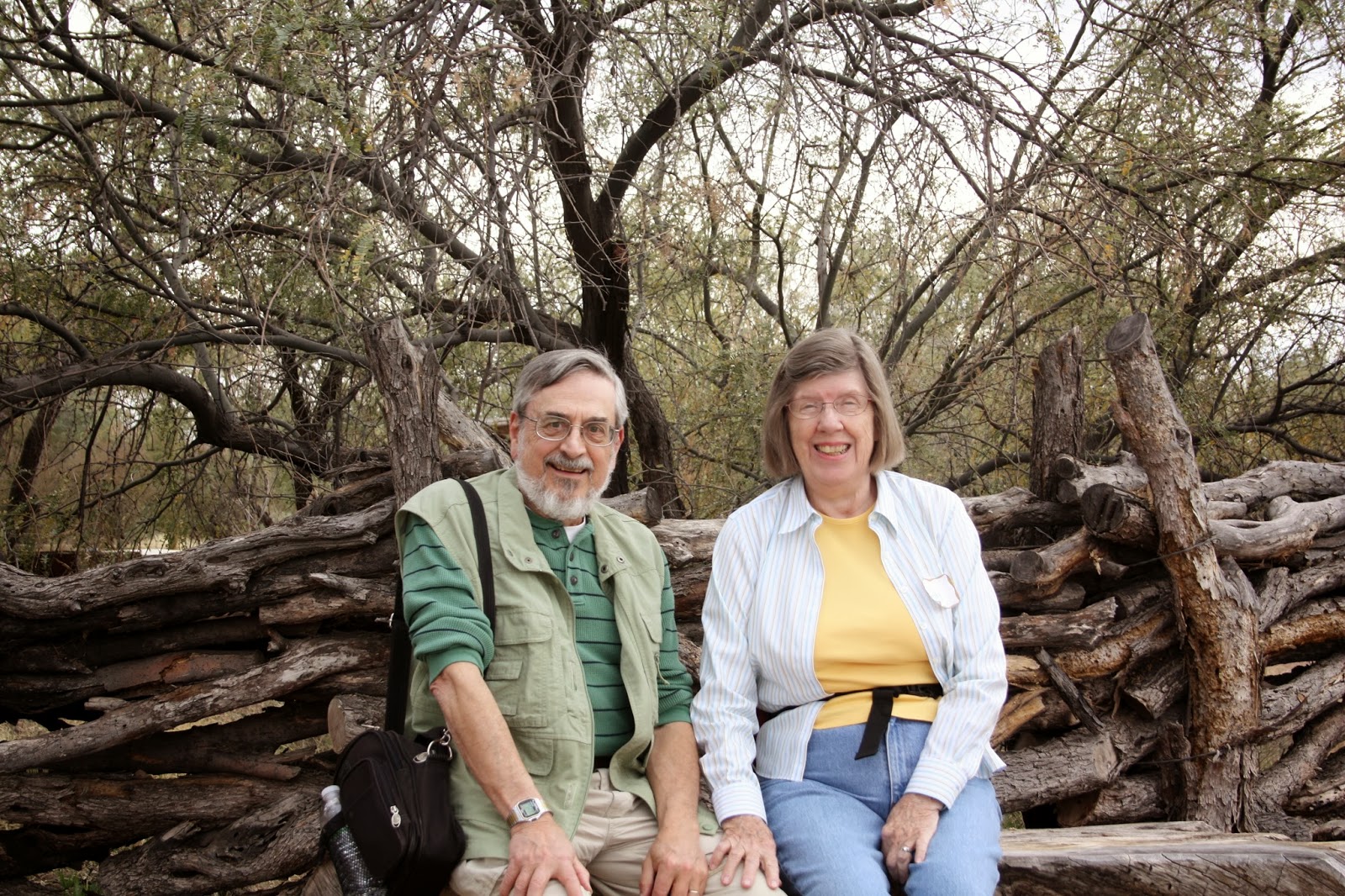 Later that afternoon we pulled into Ajo and the La Siesta motel.

Dinner was at the Estrella Diner, which proved to be more of an eclectic international restaurant than a diner.  My wife had a salmon burger with delicious sweet potato fries. One of our table mates had a German bratwurst plate smothered with kraut, and I settled for a quesadilla with a tangy homemade salsa. There was also a nice wine list and a great selection of beers including a milk stout that  I  sampled to great satisfaction.

Bright and early the next morning we breakfasted at a real diner called Marcela's. Our group literally filled the place and it did take them a while to get everyone served, but no one walked away hungry. Each plate was stacked with French toast, eggs, sausage, and bacon. 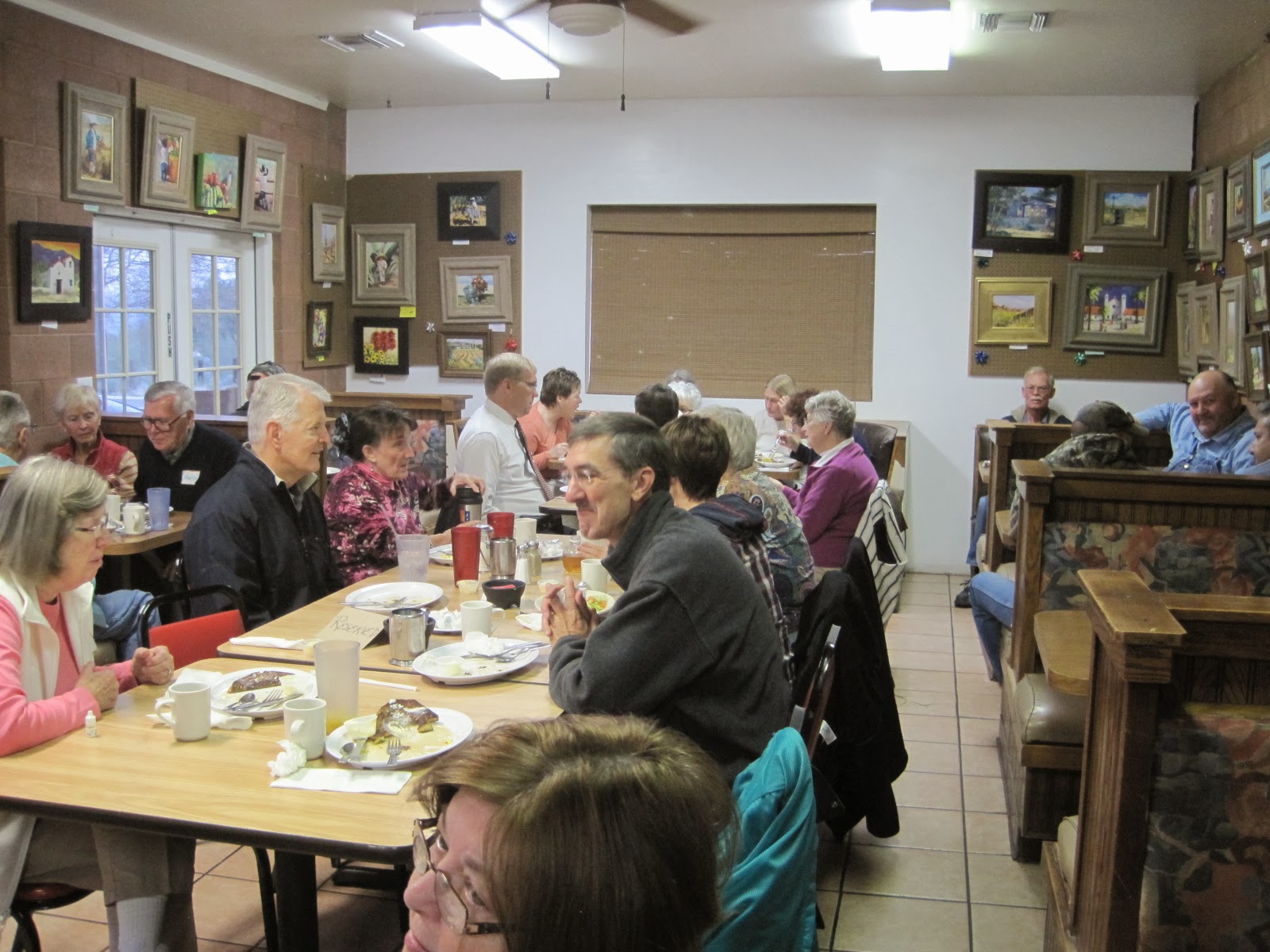 Fully fortified we now headed for Organ Pipe itself. 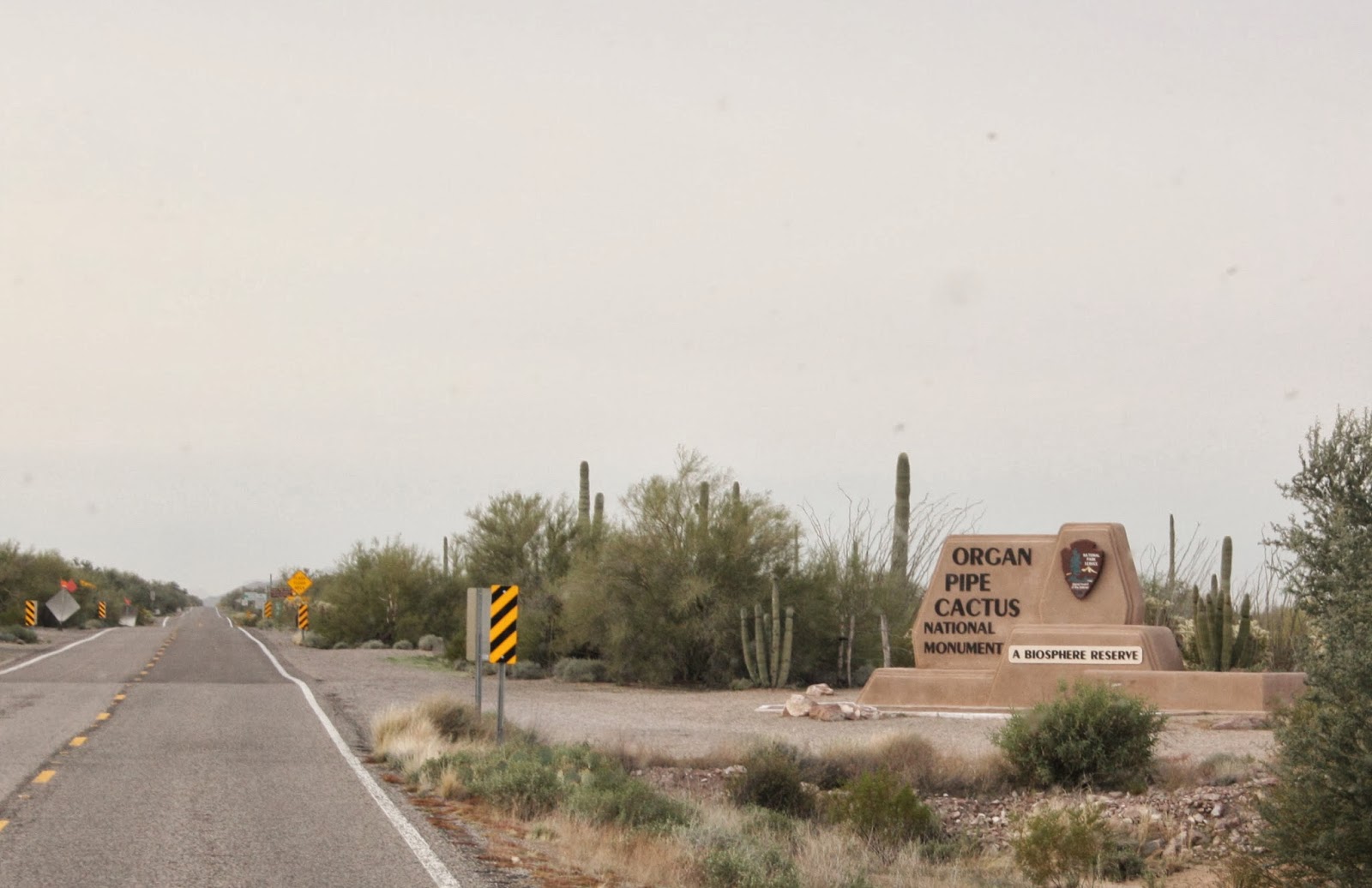 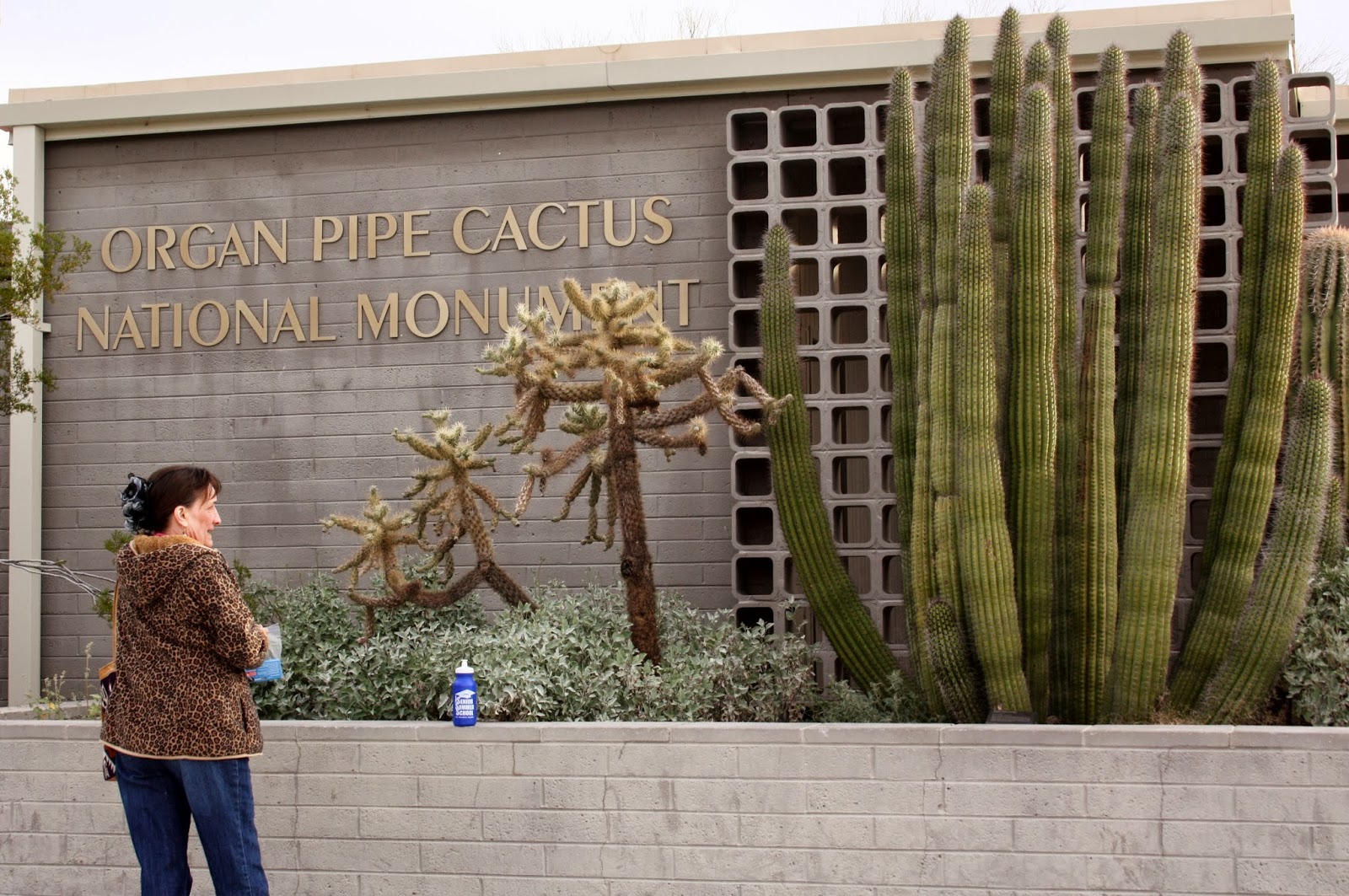 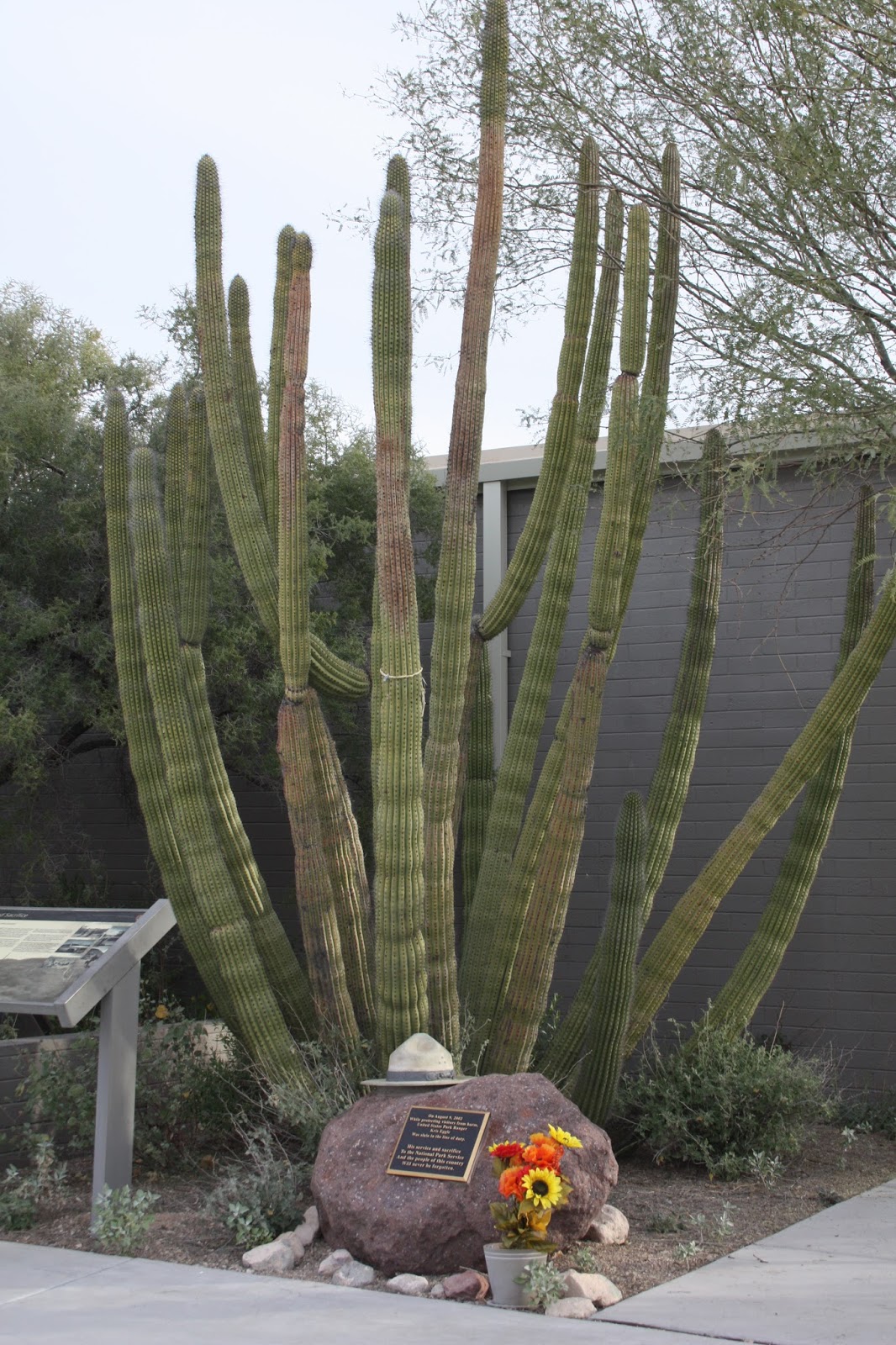 Then, after some introductory remarks, 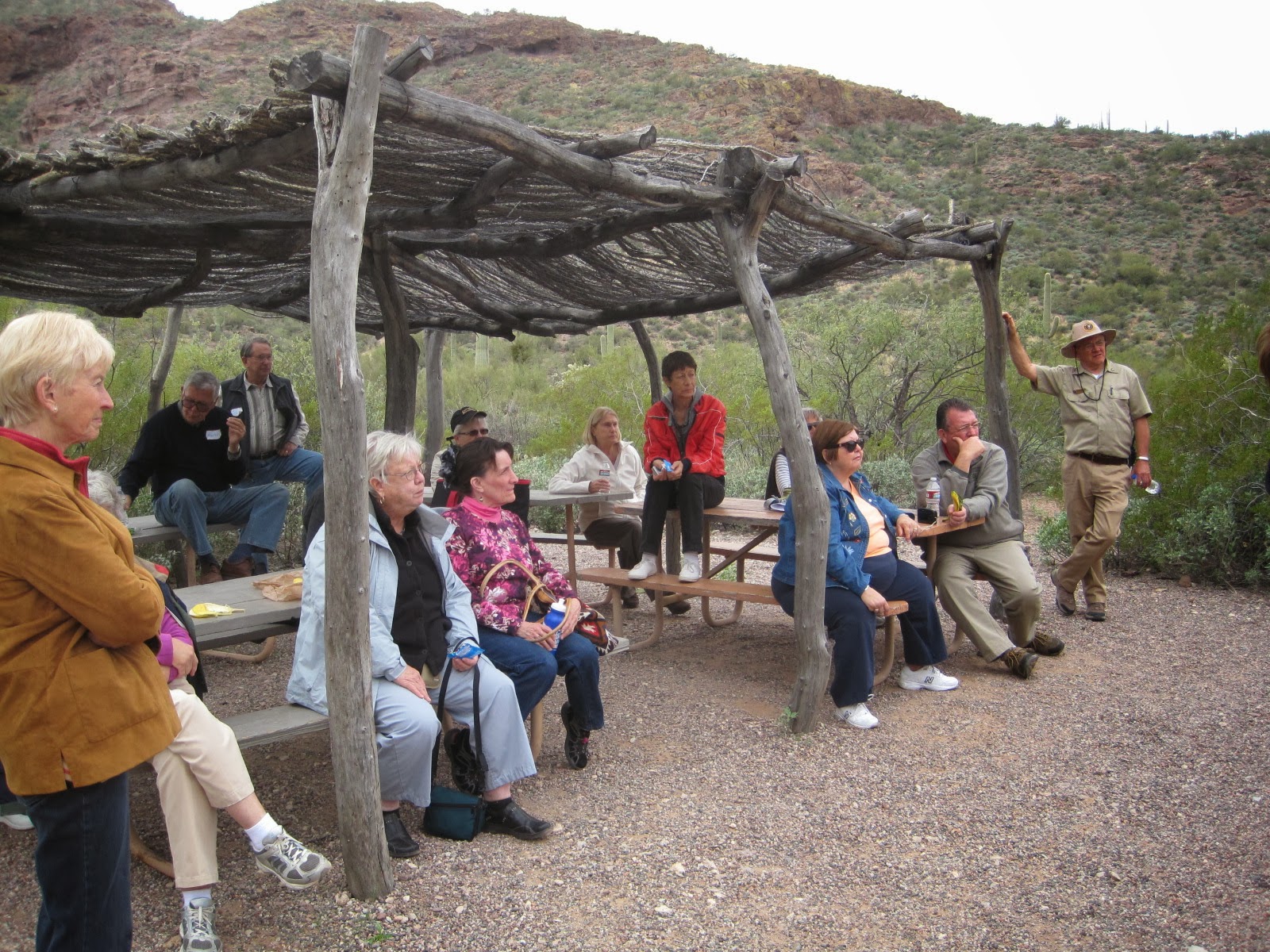 we piled into two ranger driven vans to navigate the 21 mile unpaved Ajo Mountain Drive. It would be a lie to say it was a comfortable ride, but there was something new beyond each bump.
We were treated to vistas that rolled on all the way to Mexico in the distance. 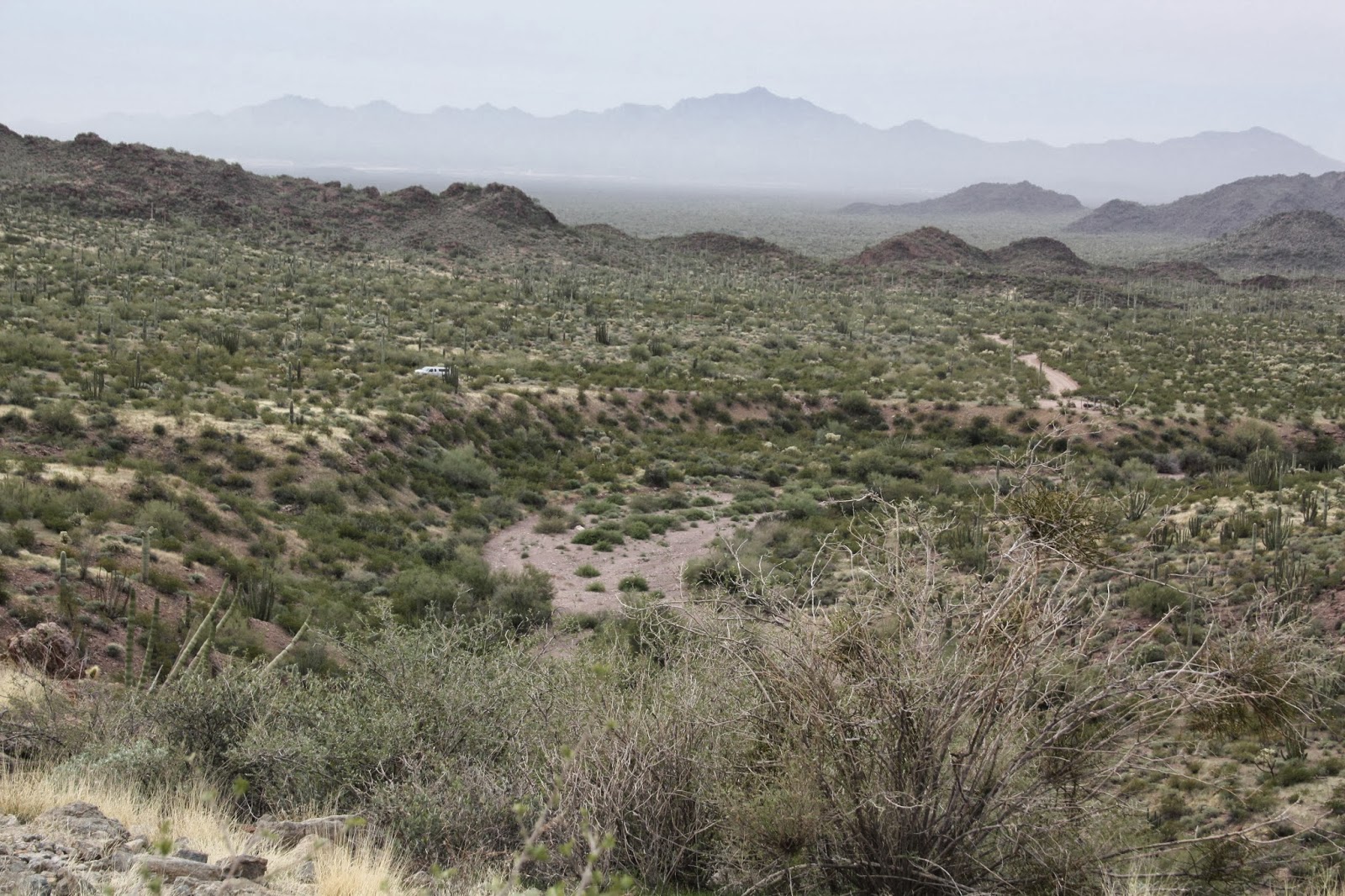 At another stop we got a thorough lecture on the Organ Pipe life cycle and its basic structure. 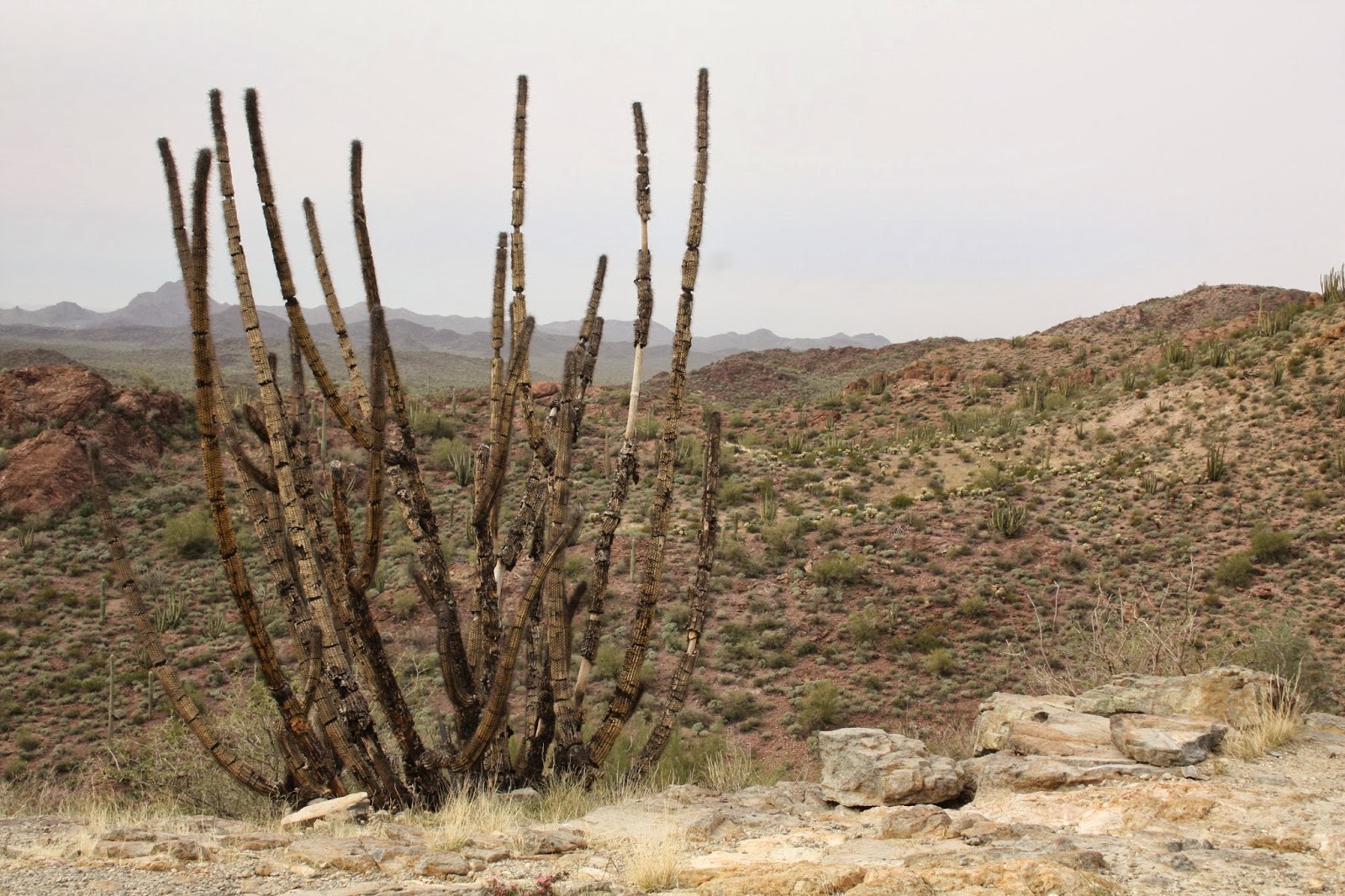 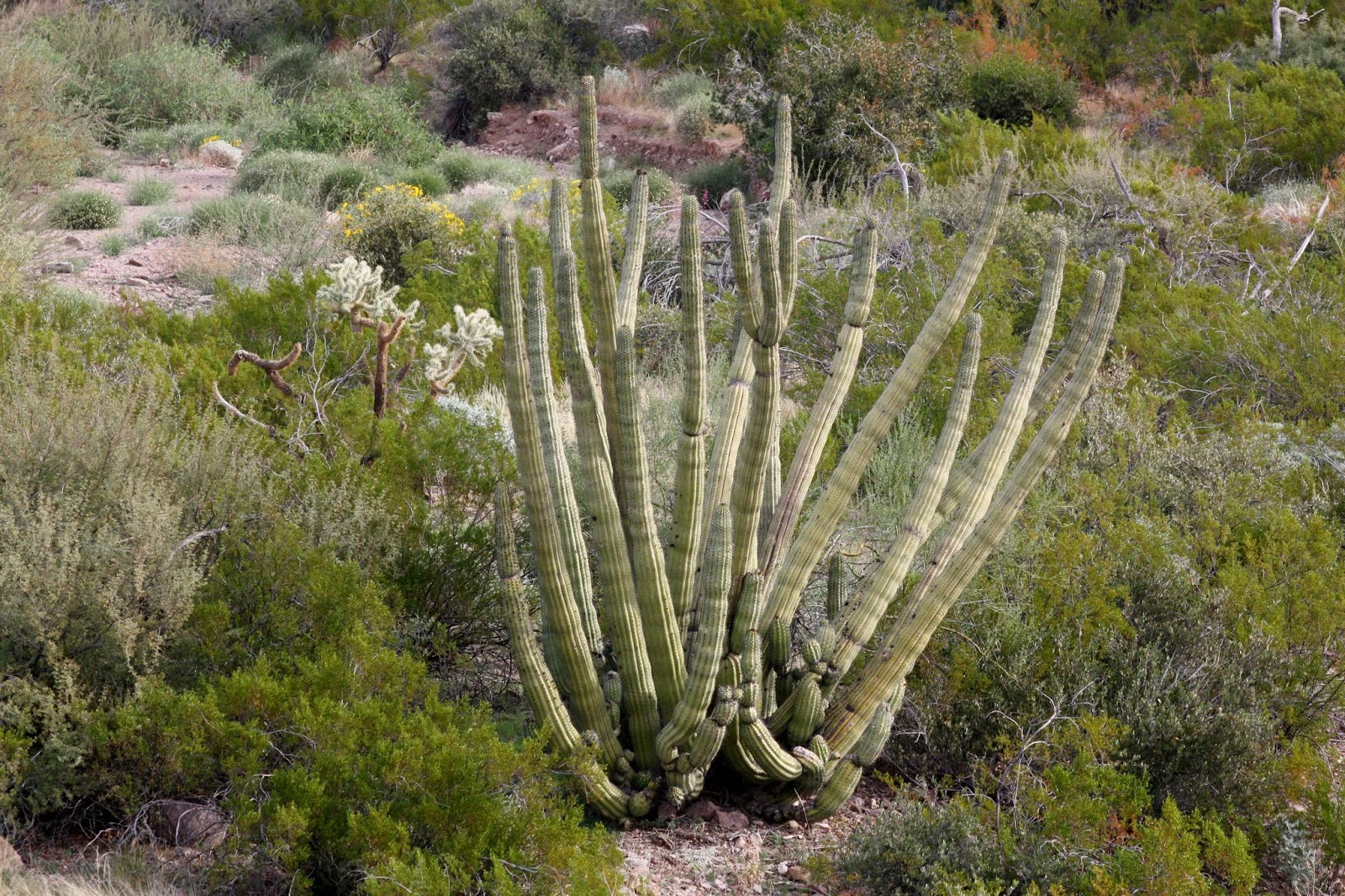 This guy listened intently but took no notes. 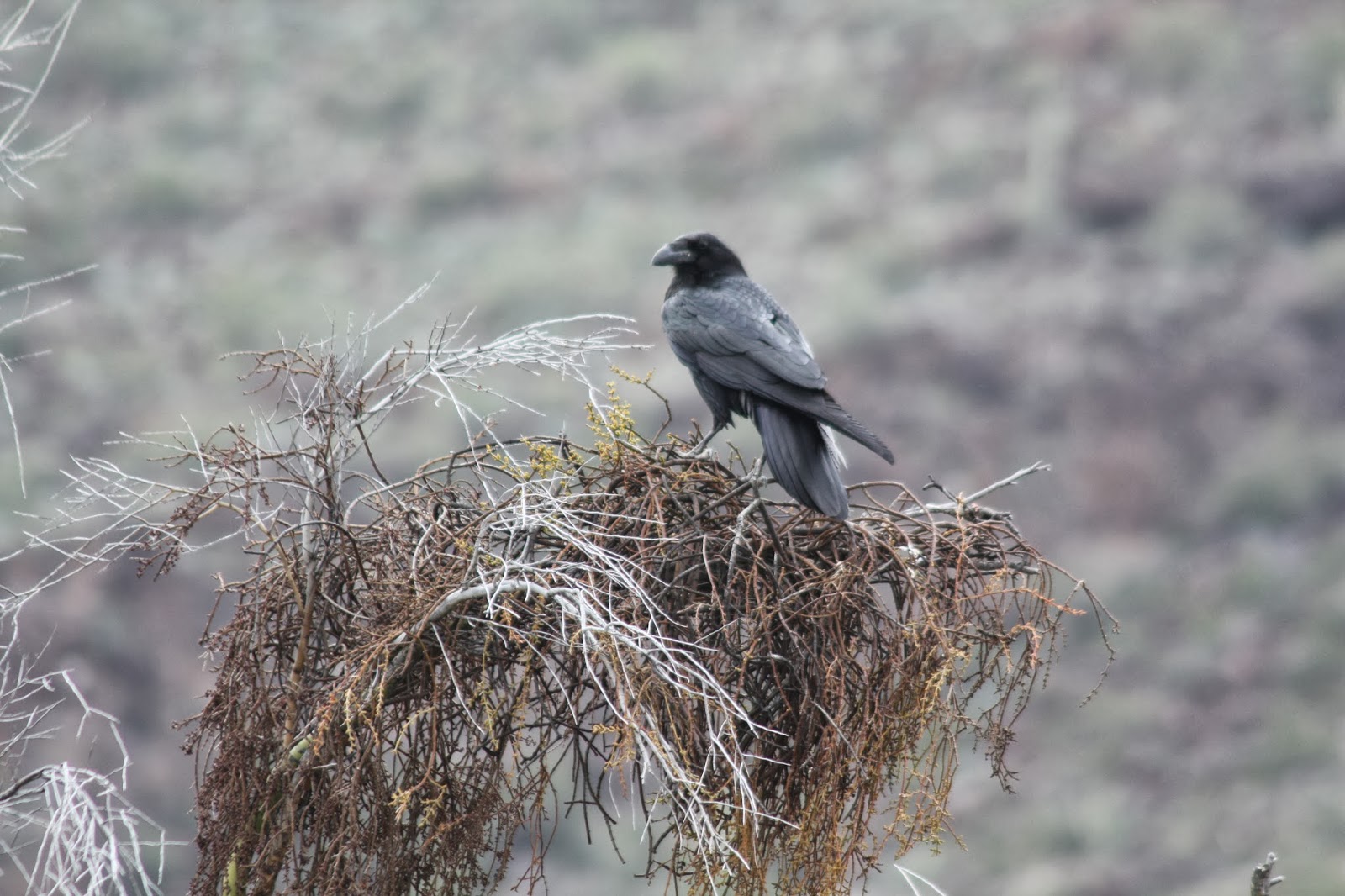 We saw some rare cactus Cristates  (Crested) and even one nestled in the center of  an Organ Pipe. 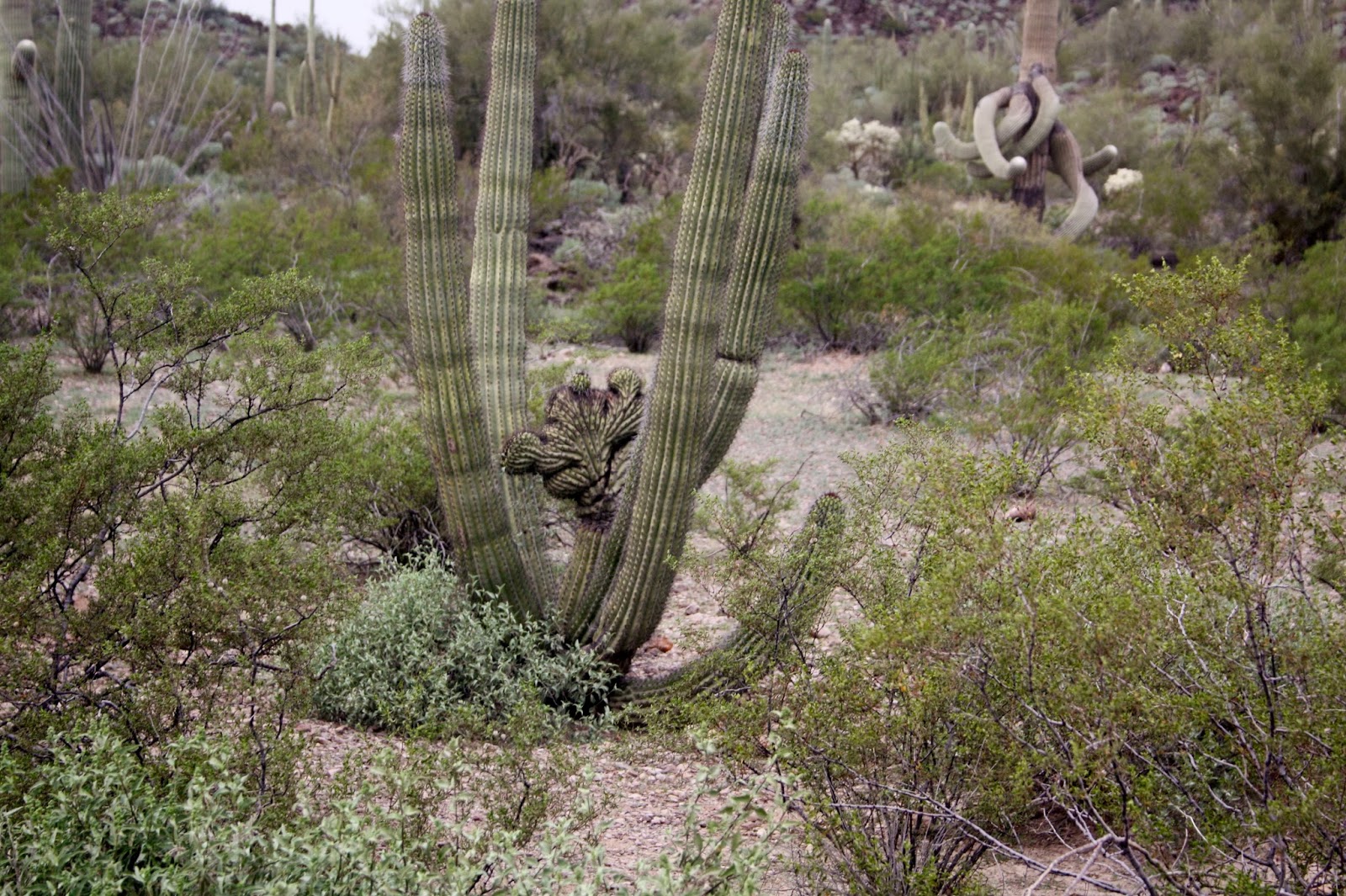 We also picked up some geology along the way.  The lighter bands in the rock are tuff--a volcanic deposit in between other layers. 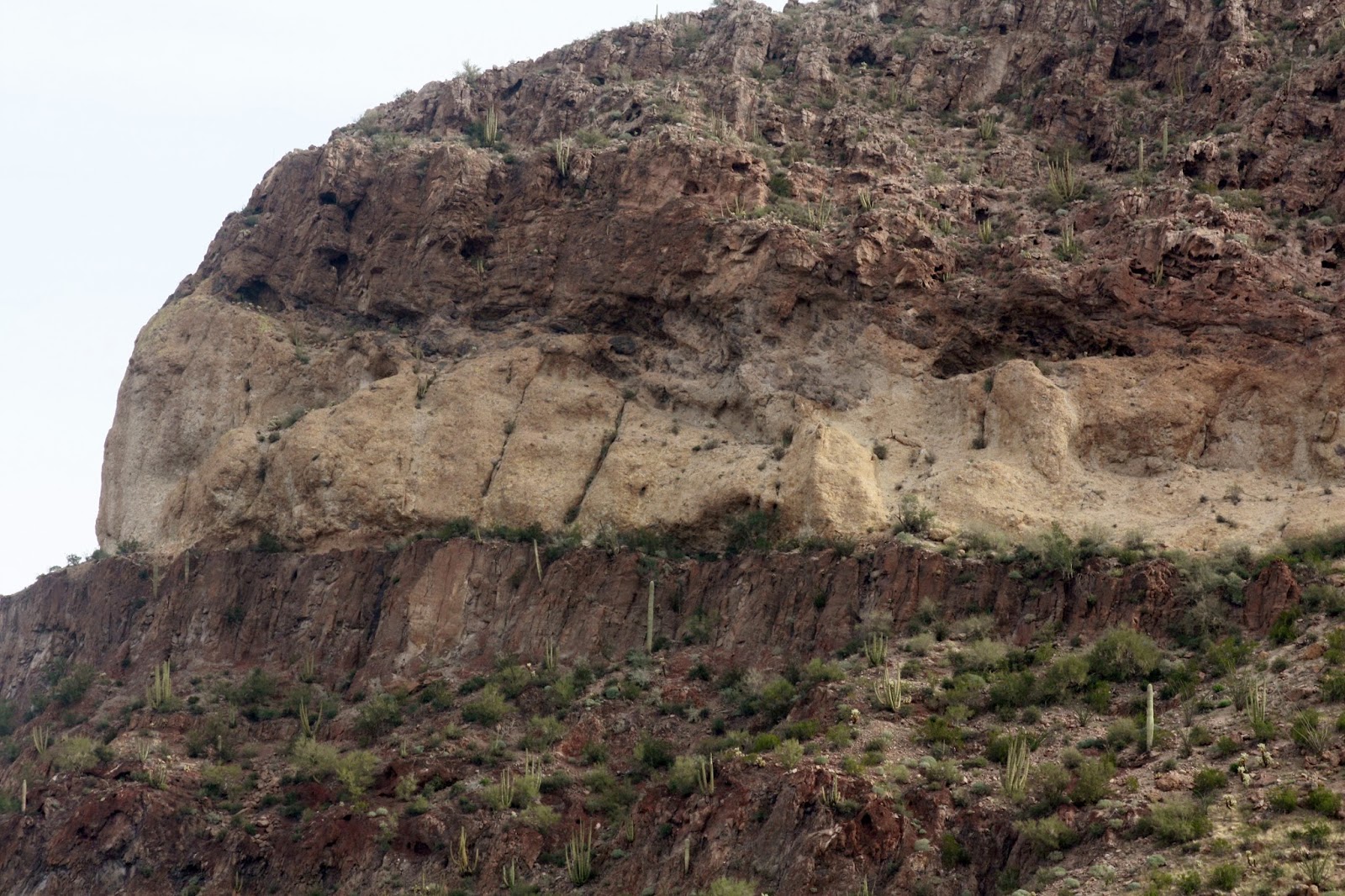 In now dry washes such as the one below early inhabitants may have planted crops along side of rivers that flowed more frequently than now. 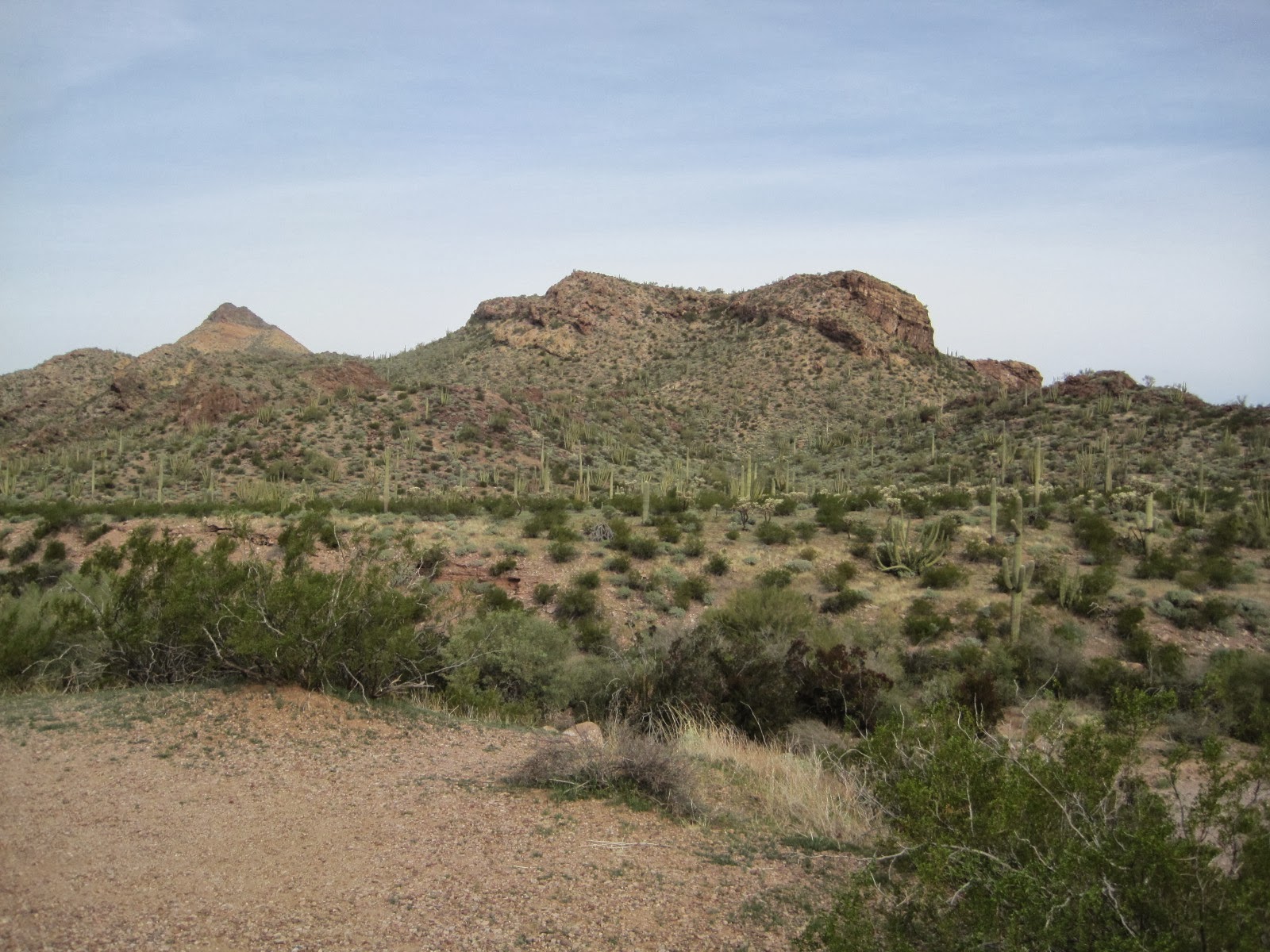 And we got a view of an equally rare double natural arch. 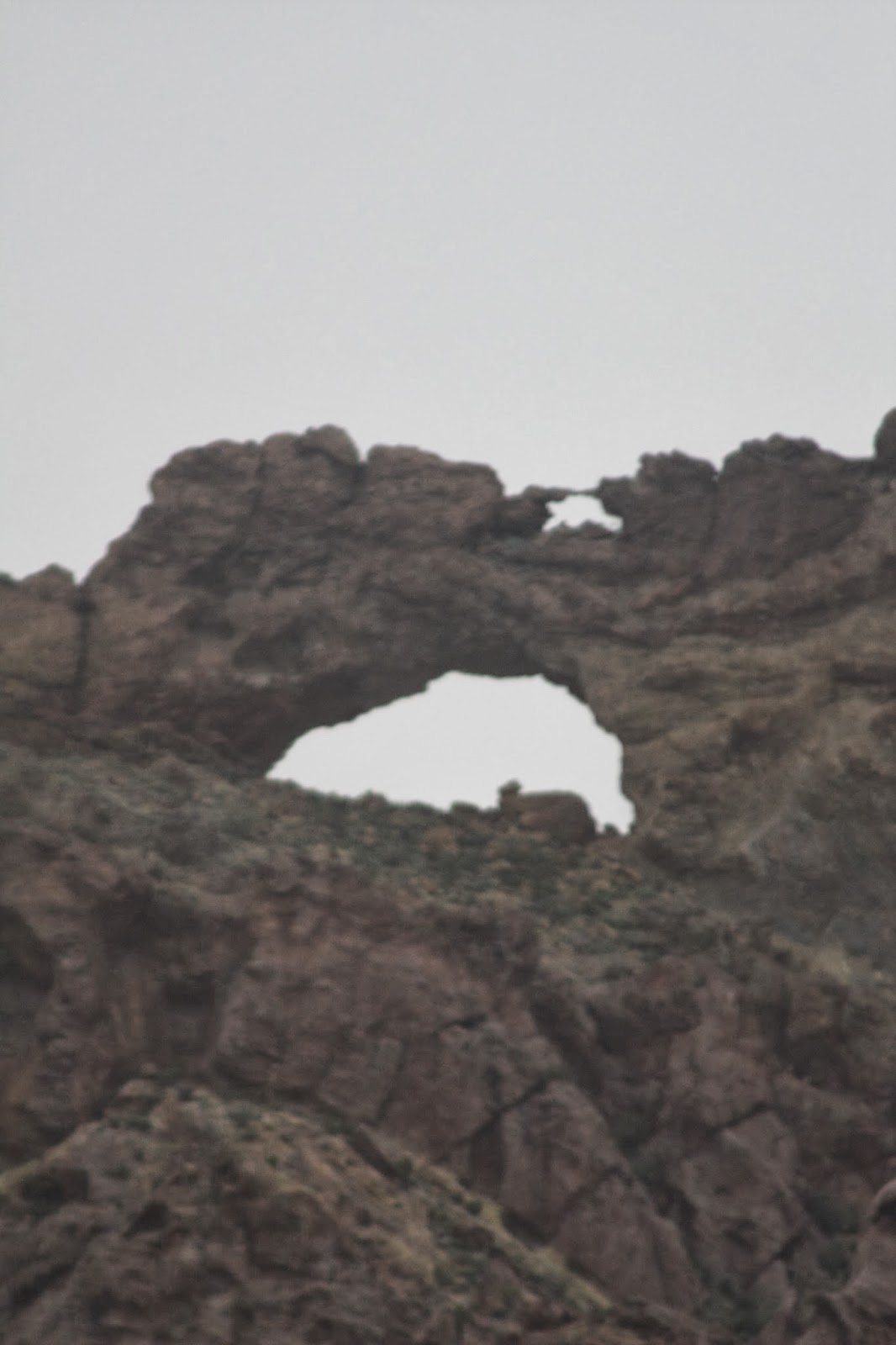 A definite highlight came when Bill Broyles led us off-trail to one of those spots treasured by every plant and creature in the desert--an open water source.  Incredibly the ponds are filled with marine life--even shrimp.  How they survive through periods when the water dries completely up is one of those evolutionary miracles that makes the desert fascinating. 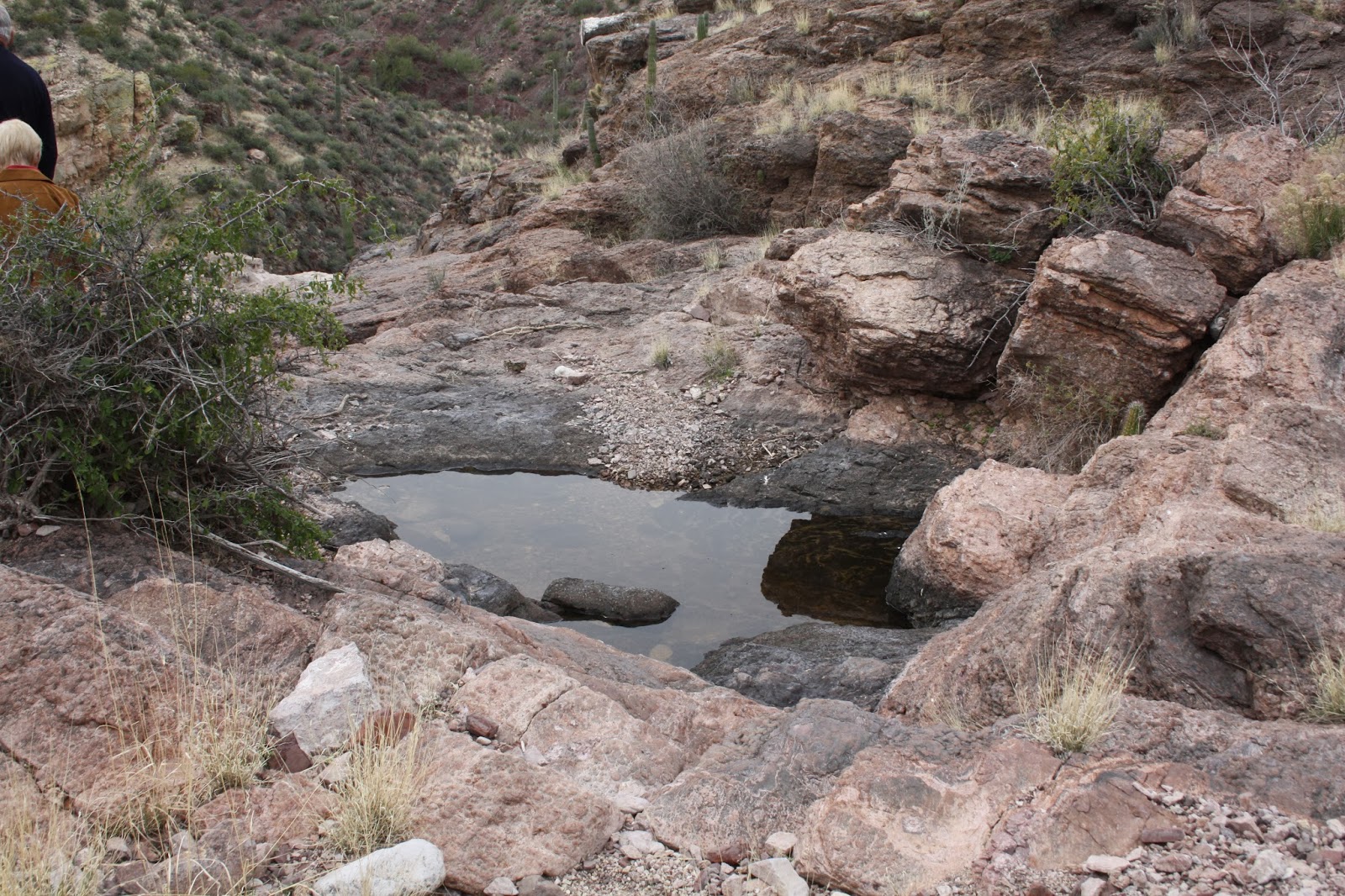 There were actually two little ponds.  The lower one  had actually been dammed at some point. 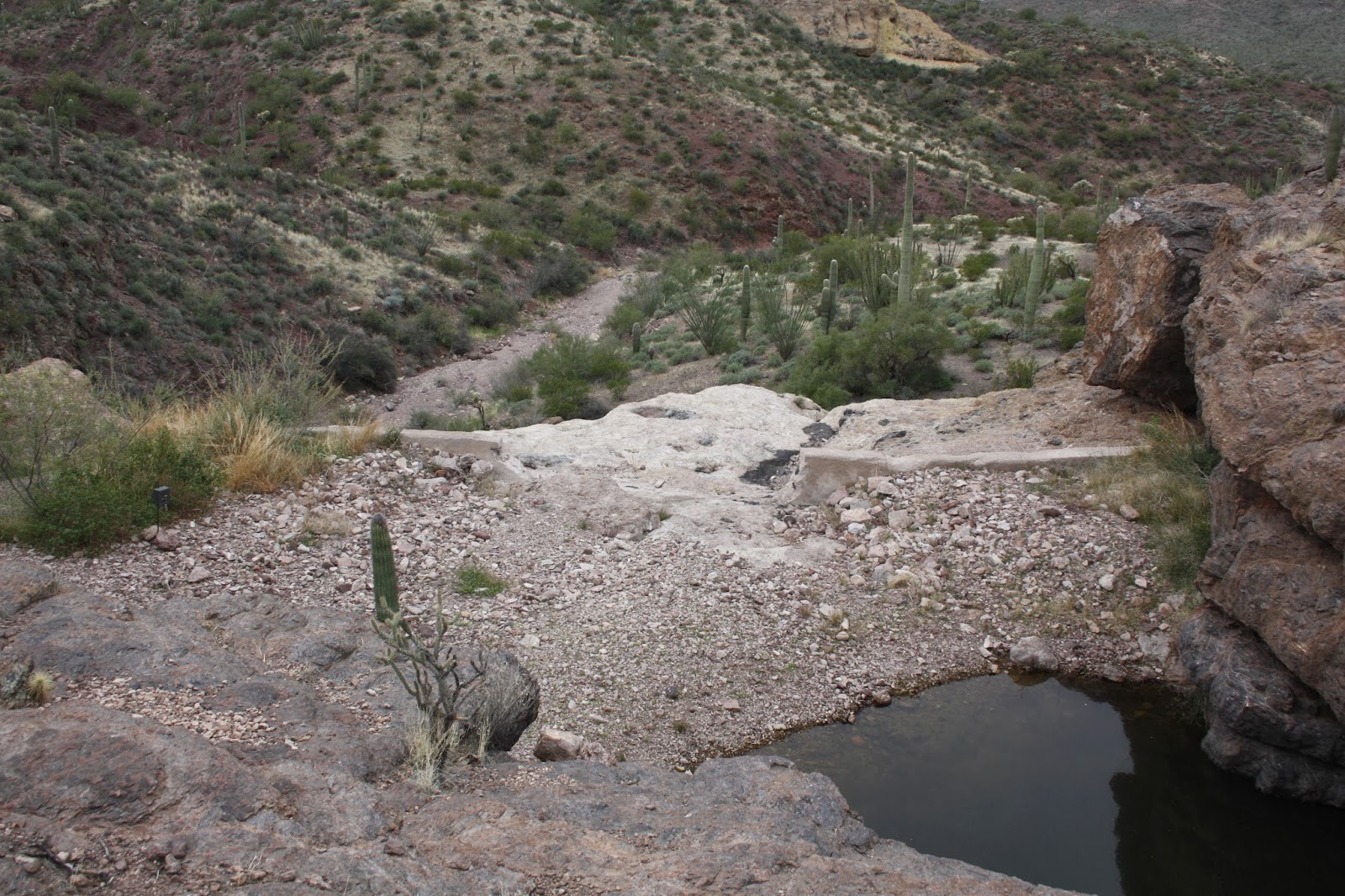 All too soon we had to return to our own tour bus for the three hour drive back to Tucson. 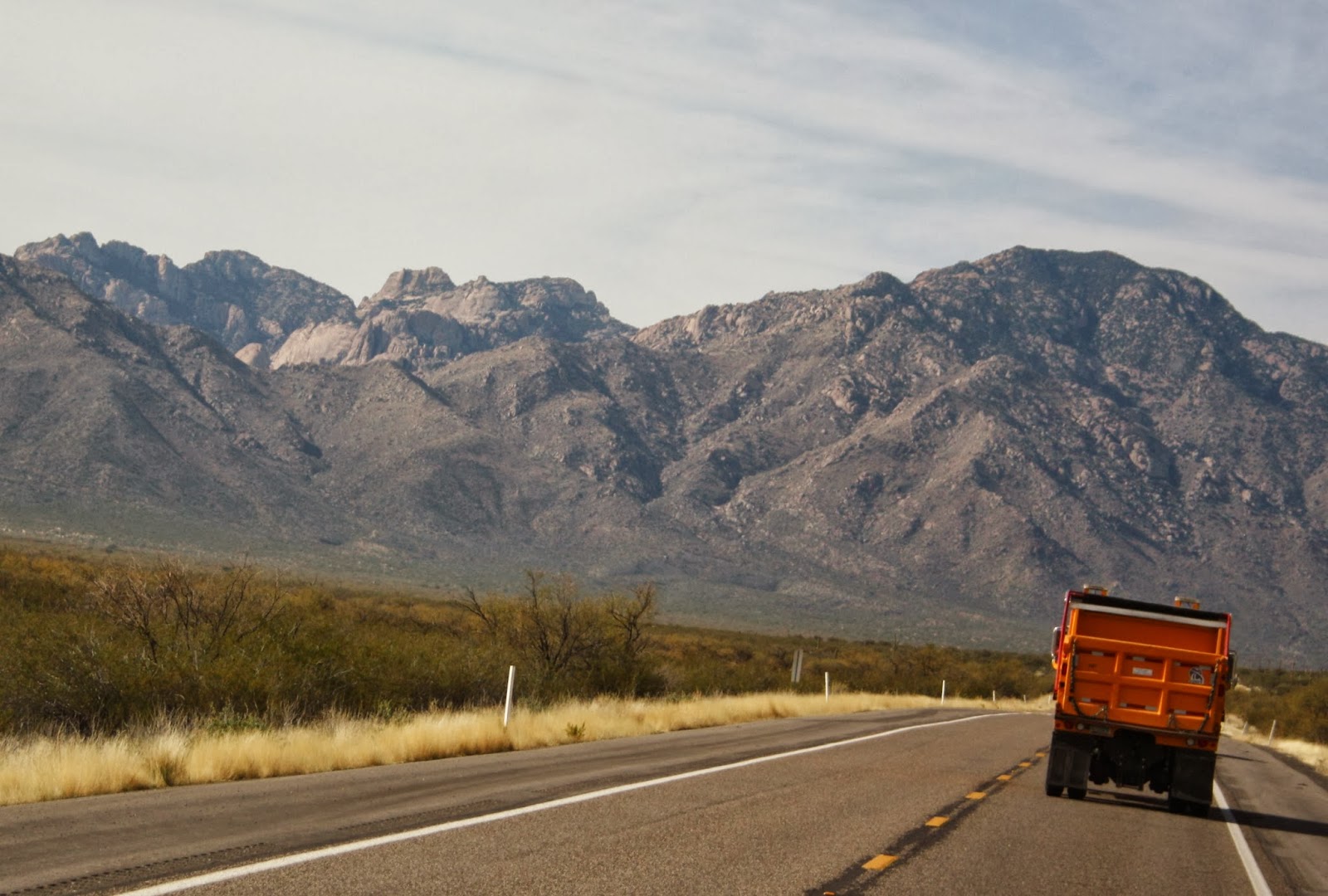 In sum a most enchanting and educational trip.  Thanks again to the Western National Park Association for adding these opportunities to their already wide list of services. Check them out at http://www.wnpa.org/default_html.asp 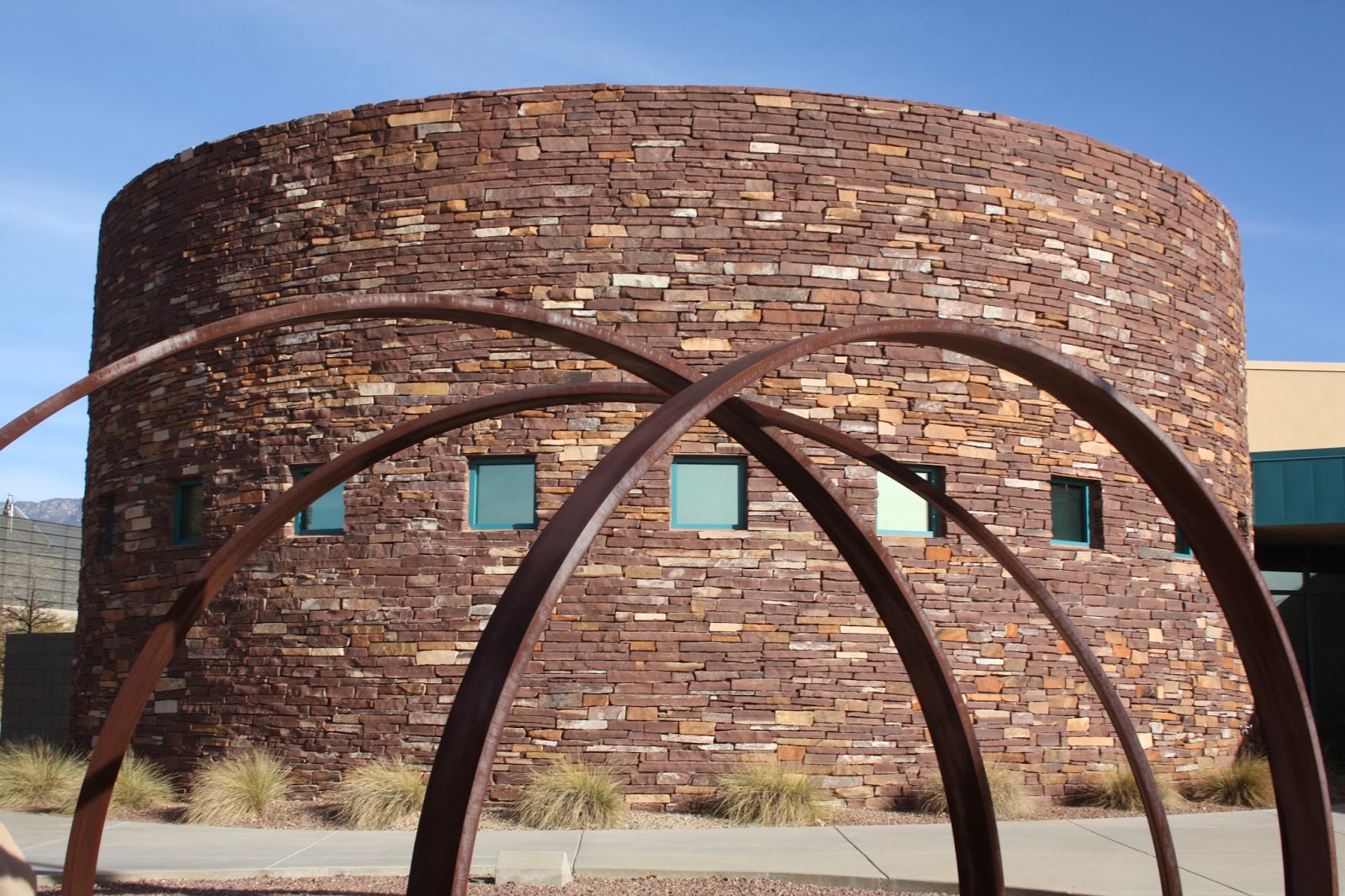 Some years ago I christened this blog "Stirring The Pudding" because of my admiration for Tom Stoppard and his marvelous play Arcadia. My wife and I had seen the play in London and I was immediately moved to want to direct it. It had that marked combination of intellectual depth combined with humor that has always appealed to me. Stoppard's work ever since Rosencrantz and Guildenstern Are Dead  gave us its opening series of existential coin flips has been on my bucket list of titles. Both plays show a fascination with mathematics as well philosophy.  Both ironically, while making pronouncements of indeterminacy, futility, decay, and chaos, illustrate that the theatre can do what physics cannot.  In life you cannot remove the color of the jam once stirred into a pudding. Time is irreversible and the 2nd law of thermodynamics ensures that tea, once poured, will only cool. On the stage outcomes  are pre-determined and you can go back and forth in time and space seamlessly.

I did end up directing Arcadia in the late 1990's and it became one of my favorite productions.  Upon our arrival in Tucson two weeks ago, we saw that the Rogue Theatre was doing it and scrambled to get a pair of tickets.

And guess what, you can re-stir the pudding in your imagination.  Yesterday I re-lived my own production of the play while seeing another production of it. At times I could see my cast members and hear their voices; at other times the superlative cast of the Rogue company took over the narrative.  All I know is at the finish I could waltz again with the past while still acknowledging that life can only move forward not back.

A heartfelt thank you to this fine group of actors and their talented director Cynthia Meier for demonstrating so fully the power of the theatre to make us laugh, love, think, and feel.

Special kudos goes to the entire Rogue Theatre organization and its supporters. What a kind and friendly group.  We were met with smiles and conversation by staff and audience members alike.
The cast was accessible after the show and the talkback was spontaneous and energetic.  People who treat customers like this are not only fine artists but also commercial managers of the first order.

If you should find yourself in Tucson, look no further for great theatre than The Rogue Theatre.