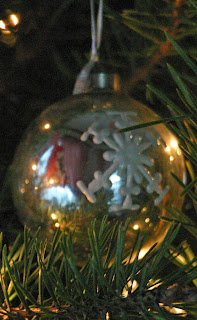 We were able to get our Chrismas celebrations accomplished, but not without some gerrymandering. Our son was delayed a day because of high winds and drifting snow in the Minneapolis-Quad Cities corridor. Then because of another potential storm we moved our travel to Cedar Rapids up a day. After a pleasant over-nite we popped back onto the road to get back home before more snow on Thursday night and Friday morning.

By noon Friday we were cleared up and anxiously scanning the skies to see what the New Year had in store. So far so good. 2008 looks like it will make a fairly mild entry. In it we will resolve to try and keep up this blog even though the general figures seem to point out that most people don't manage to do that. The figures also note that by and large the only person who reads a blog is the blogger's mother. With Mom long passed on that doesn't leave much of an audience.

So Happy New Year to me! ---And to anyone else who stumbles upon this digital domicile.

For the Christmas memories that are worth a thousand words just scroll down. 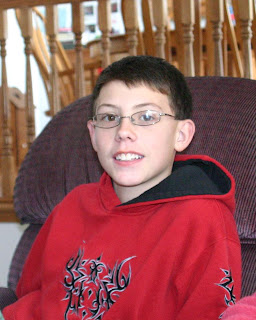 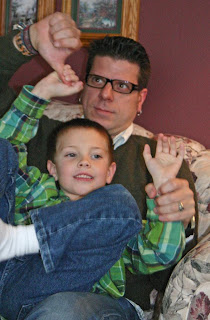 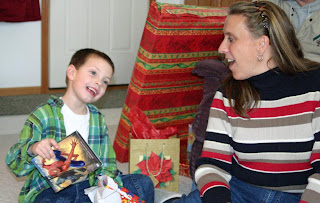 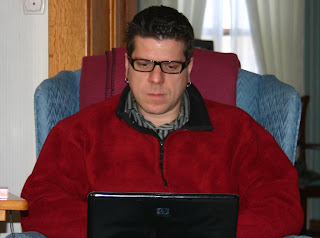 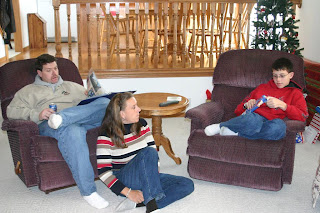 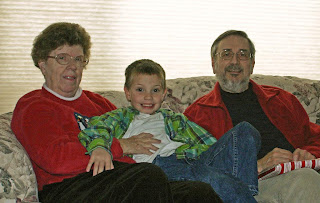 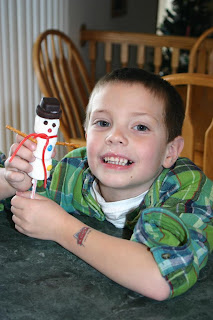 A happy family assembled makes the winter warmer by several degrees.
Posted by DramaJim at 9:00 AM