Two members of the Beloit College class of 1959 (Jim and Jan) returned to their alma mater last weekend with over one hundred of their former classmates to celebrate their fiftieth reunion. The two day bash began on Friday with a formal dinner and the awarding of Golden Hoods to each class member. 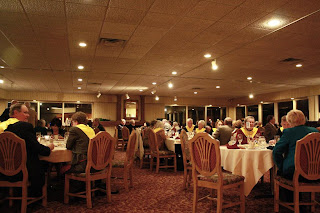 I clearly enjoyed getting my hood. That's Beloit's new president Scott Bierman smiling behind me. 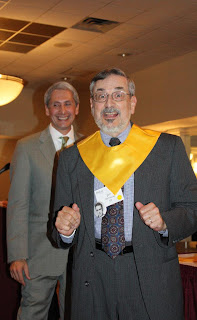 A convocation of all the reunion classes on Saturday morning revealed that the 59'ers had the highest number of returnees and the highest percentage of total class returning. That meant a couple of trophys and two of our classmates, Harry Worth and Jim Evans, accepted for us. 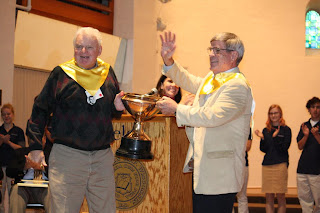 Fraternity and Sorority membership was a big part of our Beloit experience and the reunion also gave us a chance to chat with our old pledge classes. Below you can see a nice group of Thetas and a handsome crew of Pi Kaps. 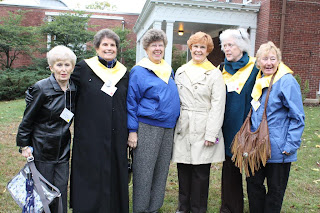 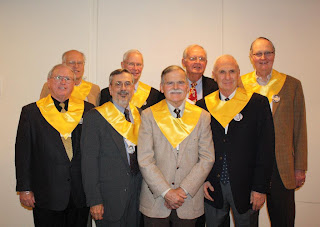 Best of all was the unanimous agreement that a Beloit education had served us well over the years. Here's to the Buccaneers, the Turtle Mounds, the Scoville Rats, Chapel Points, and the everlasting bridge games. Here's also to the friendships made and kept and especially a toast to the eleven members of the class who met and married a class member. Not sure how they counted that but Jan and I were among them. We have another golden event to celebrate later this year. A lot more pictures of the weekend can be found on my Flikr page. Go to http://www.flickr.com/photos/83918664@N00/sets/72157622425243643/