A New Life for Oscar Wilde

A SUMMER READ  FOR THE THEATRE IN YOU! 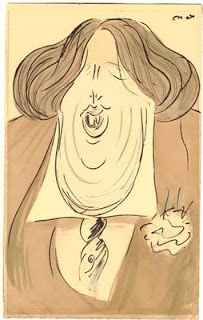 There is precious little “kickback” time for most theatre practitioners, but hopefully summer will give you a few moments to enjoy a pleasant book that can both take your mind off serious work while still keeping you “in the scene” so to speak.

My recommendation of something you can take to the beach is one of Gyles Brandreth’s Oscar Wilde mysteries. In  “Oscar Wilde and a Death of No Importance,” the famed playwright and raconteur arrives at a London flat and discovers the naked bloody body of a teen aged boy sprawled on the floor. He doesn’t immediately report the apparent crime, but locates his friend Arthur Conan Doyle and convinces him to accompany him back to the gory scene. However, when they arrive, there is not only no body, but no clear evidence that anything untoward had occurred. It is the kind of case that Doyle's Sherlock Holmes would salivate over. Holmes, of course, is fictional so the two “real” writers carry on without him. You are led on a merry, tongue-in-cheek chase to substantiate the crime itself and to show off the new sleuth’s investigative abilities. There is plenty of Wildean wit, lots of theatrical talk, full blown action (e.g. careening carriage chases through foggy London streets), and some lovely Victorian atmosphere.

I have just finished this one and have a second “Oscar Wilde and a Game Called Murder”  ready to begin. You can purchase them from Daedalus Books.  Let me know if you enjoyed them.
Posted by DramaJim at 2:14 PM