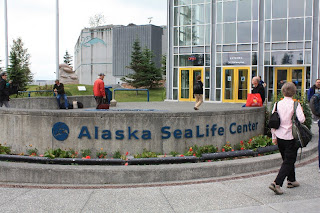 On a day when everyone in our Road Scholar group was looking forward to boarding our cruise ship, the morning trip to the Alaska Sea Life Center seemed more like a filler than a destination.  Our luggage (even most of our hand carries)  had all been tagged to be delivered to the boat from the motel and most of us we were free and unencumbered.  It was definitely a pleasant surprise to find a first class aquarium and marine life research lab just waiting for us to explore. 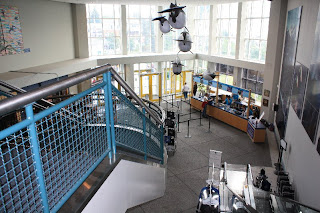 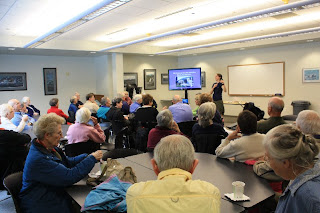 This was followed by an informative  illustrated talk on the differences between harbor seals and sea lions delivered by one of the staff biolgists.  After that we were broken into small groups and given a comprehensive behind the scenes look at the research  facilities. The center conducts studies in its labs and also collects data on habitat, behavior, and population from various sites throughout the state.

Just before noon we were left on our own to wander amongst the two floors of exhibits and live water environments.  Some folks left fairly quickly to have lunch and explore more of Seward.  We found the center so fascinating that we grabbed a sandwich at the lobby cafe and returned to the exhibits for another hour and a half.

The outdoor habitat for puffins, gulls, ducks, and penguins garnered a lot of our time. 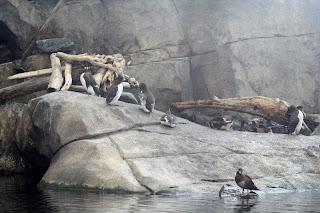 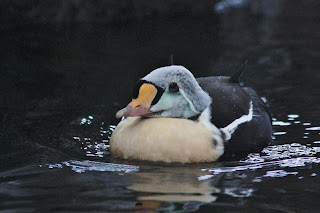 As did the feeding of a gigantic old sea lion, who was as big a ham as any old time vaudeville entertainer. 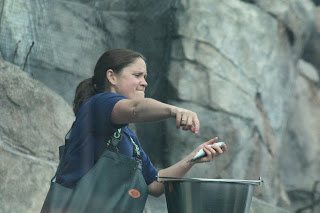 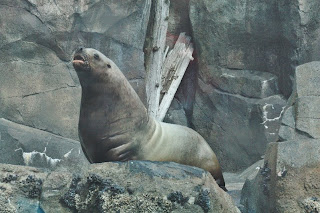 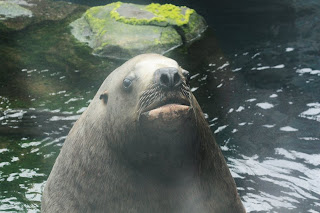 The larger tanks were filled with aquatic life of all kinds. 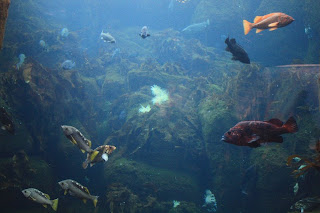 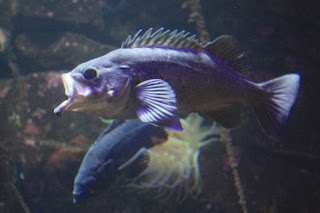 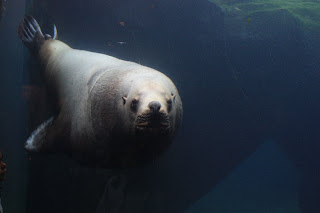 I was particularly fascinated by one of their experiments that affixed a camera to the head of a seal in order to observe his actions and interactions out in the wild.
It was mid afternoon before we left the Center to appeciate what a fine view Seward's residents have from their own downtown. 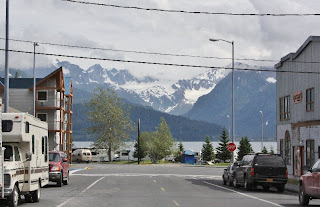 The city also has a free bus service that plies between the cruise ship docks and the downtown. 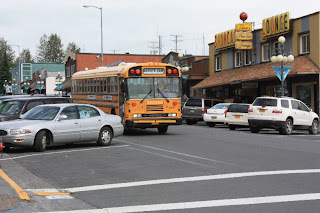 We jumped on and in about ten minutes were deposited dockside at the berth of the M/S Zaandam, our soon to be home away from home for the next six days.

Next entry is "We Get on Board and explore the ship." 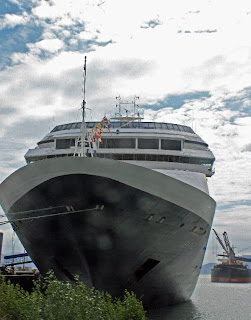