On Monday, July 18th we were up at 6:00 AM to see the sights in College Fjord.  It was chilly and foggy at first, which had an ethereal beauty, but soon some of the mistiness began to settle into cloud bands that lay about half way up the mountain sides. Coupled with the reflections off the calm waters, it was just plain magical. 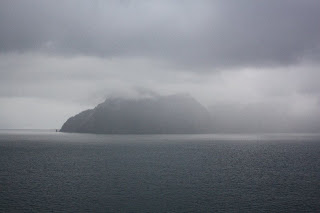 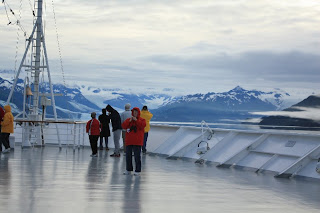 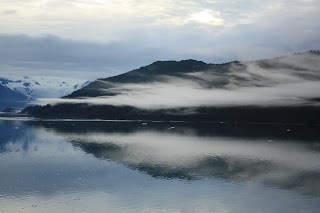 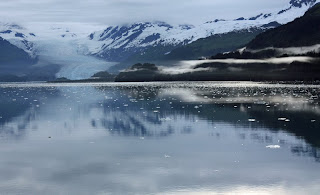 The College Fjord glaciers were named during the 1899 Harriman Alaska Expedition. On board the steamer "George W. Elder" in addition to the railroad tycoon Edward Harriman, were a covey of naturalists, scientists, and artists. Chief among them, in terms of continued recognition today, were environmentalist John Muir and photographer Edward Curtis. The explorers were sailing by what is now known as the entrance to the Harriman and College Fjords in Prince William Sound when they noticed a small channel where the charts showed nothing at all. They pressed through the opening and found a whole new set of waters that had been exposed by the receding glaciers. Since it was new territory and most of the members of the party were Easterners, they decided to name several of the glaciers after their colleges. Thus today we have Harvard and Yale at the far end of College Fjord. Down the left hand side are Smith,Bryn-Mawr, Vassar, Wellesley, Barnard, and Holyoke. Dartmout, Willims, and Amherst grace the right hand side.  Some kind of strong Ivy League animosity must have been at work in the group as there appears to be no Princeton Glacier listed on my map.
As the morning wore on we began to get some brighter more crystalline morning light as well as occasional patches of blue sky and sun. 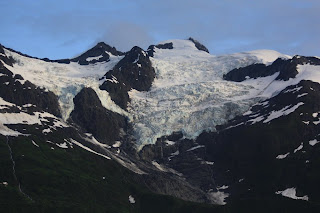 When the wonder of multiple glaciers appeared on all sides, it became a major problem to decide on which side of the ship one should station oneself.  The water was glassy calm and the reflections were extraordinary. 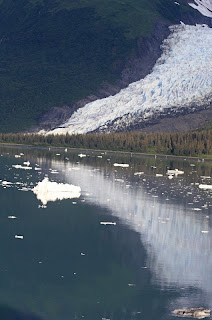 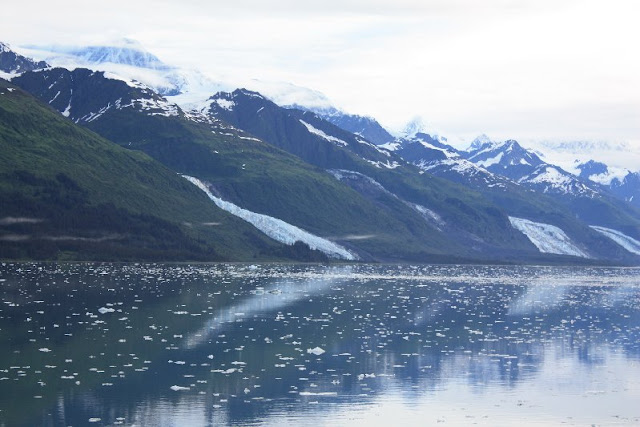 The surface of the fjord is full of small floes that have beauty in their own right, especially when you are safely aboard a large ship.  Smaller vessels in these waters must be extremely vigilent since the floating pieces are much larger than they appear because most of their mass is below the water. 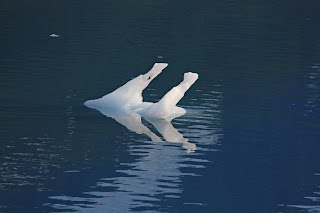 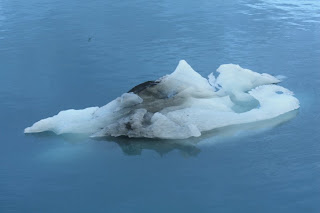 The telephoto lens turns the apparent smoothness of distance into more daunting ruggedness. 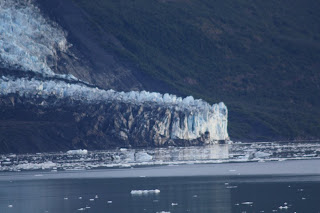 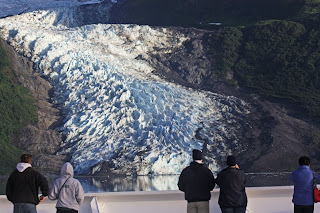 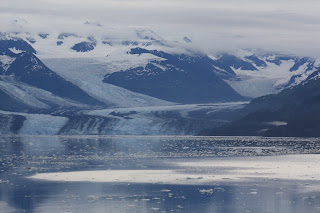 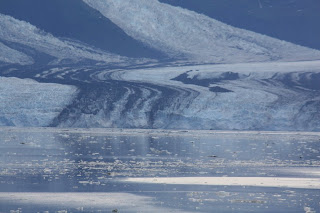 You may now move your tassle over.  You have graduated from College Fjord. 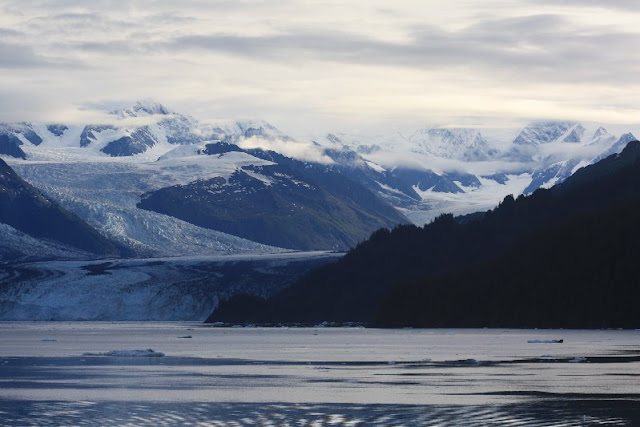 Can you believe that more and better is on the way?   An all-night run down the Gulf of Alaska is going to put us into Glacier Bay tomorrow morning.

Jim, Jan--These are extraordinary photos! Thank you for sharing. I had no idea such a place existed, and I'm fascinated by the college names they bear. Thanks! 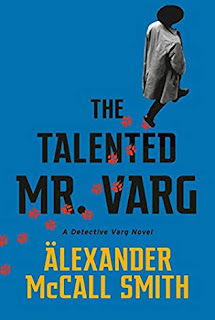