Five years ago we took my daughter and her 12 year old son to London. This year our younger grandson was in line for a trip and he wanted to go to London like his big brother had.  So we bundled up all five of us, rented a short term flat, and headed for my favorite big city once again.  My journal entry for June 18th    was one big word. "CRAPOLA" as our departure was delayed by one day because of weather problems at O’Hare.  The 19th was fine and our new route thru Detroit got us to Heathrow and our flat without further hitches. 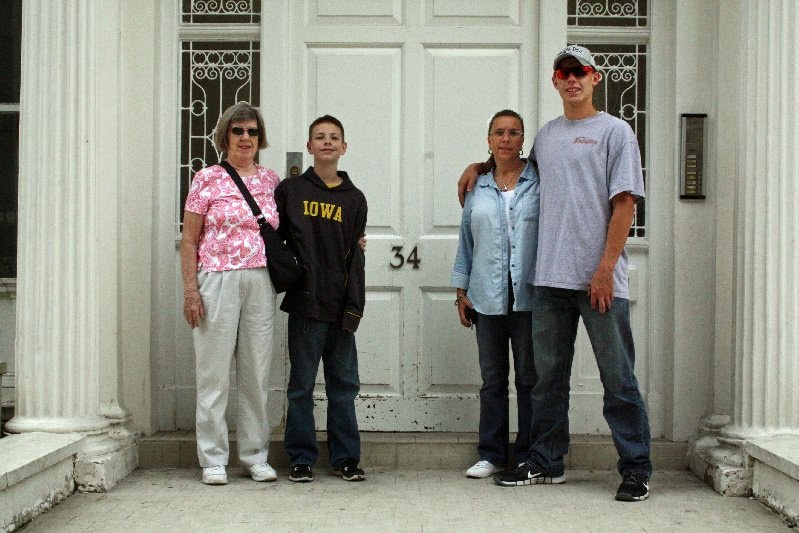 Our days were planned to introduce our youngest traveler to the city so we began with the Tower of London. 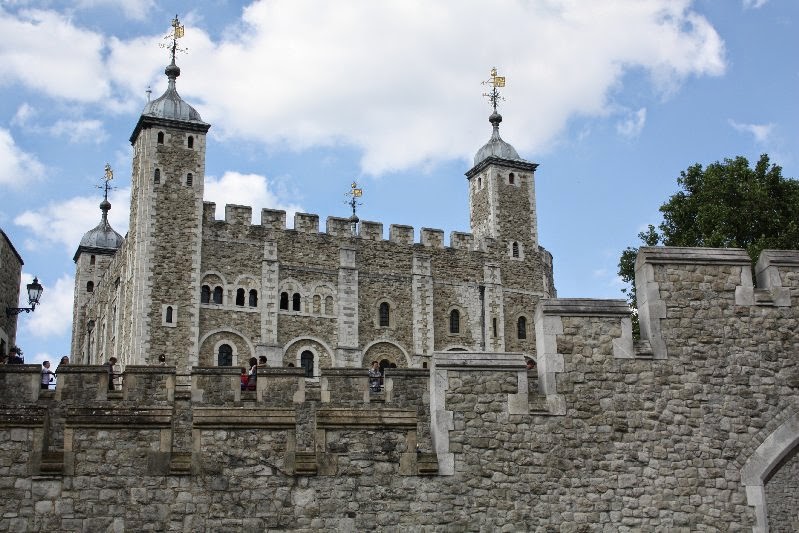 Where of course we had to have the necessary photo with a beefeater. 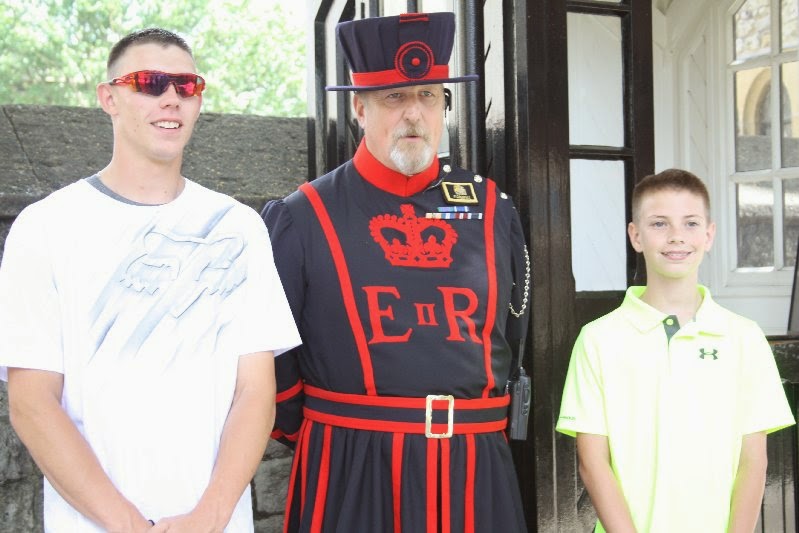 We also ran into some other strangely garbed folks. 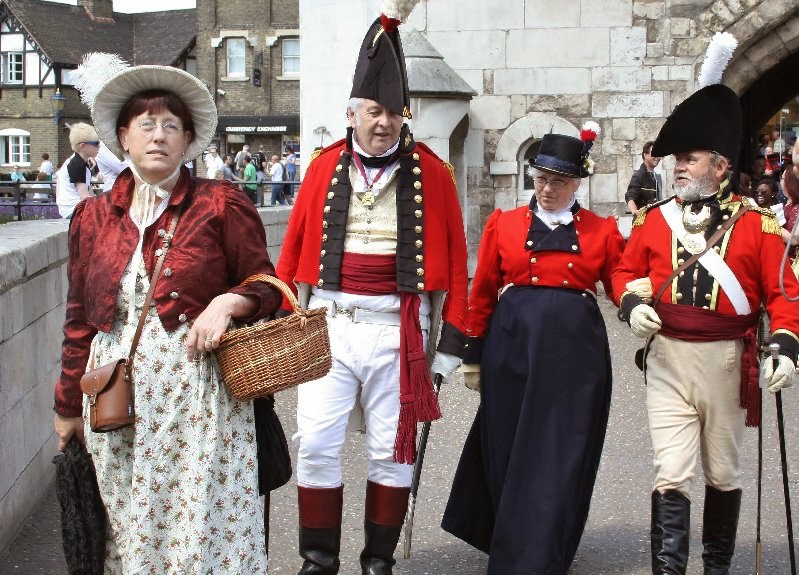 They were taking part in some military gunnery demonstrations going on in the moat. 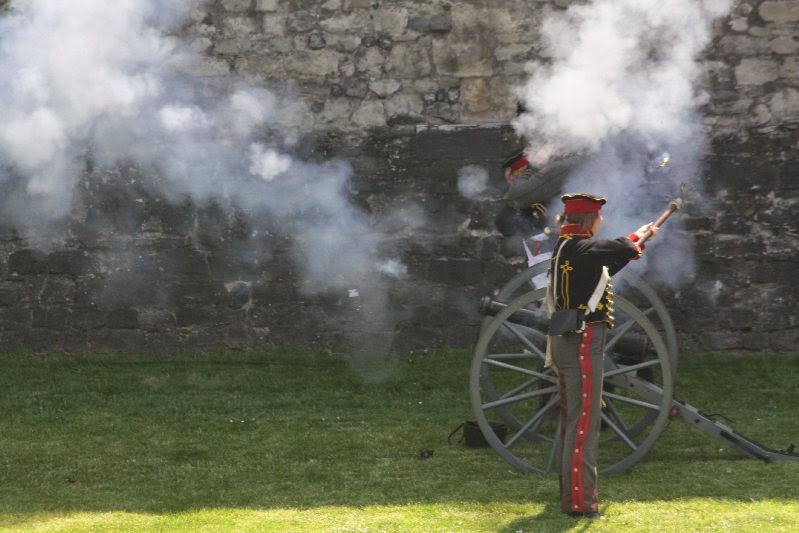 Mikel took the opportunity to practice some more up to date gunnery. 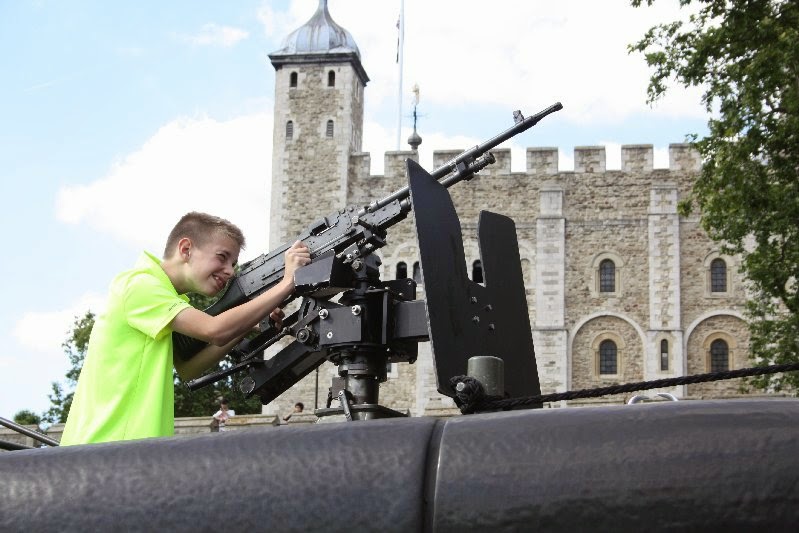 Something new for me was the new memorial at the site of the many beheadings within the tower precincts--including that of Ann Boleyn. 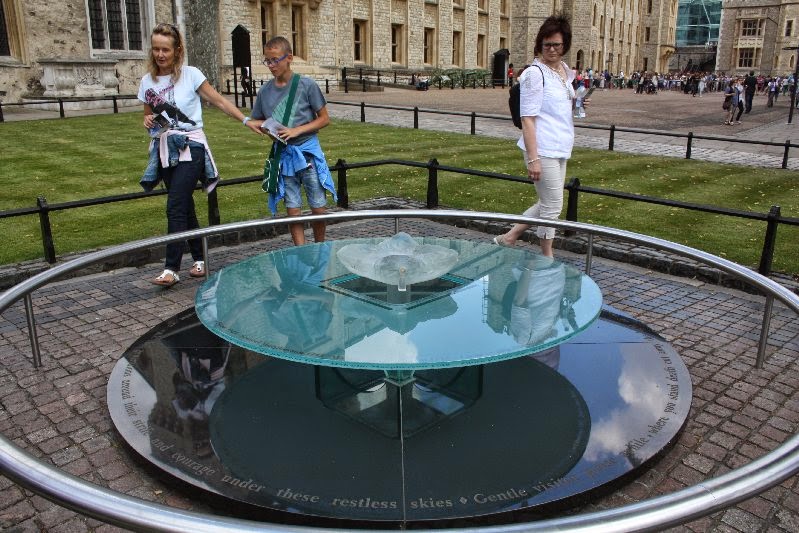 Then it was on to Tower Bridge and the Tower Bridge Exhibition, which none of us had seen. I was impressed with the chance to see the interior workings of the bridge and learn more about its history.  And the views of the city from the upper level of the bridge right over the Thames definitely knock out even for an old London hand like me. 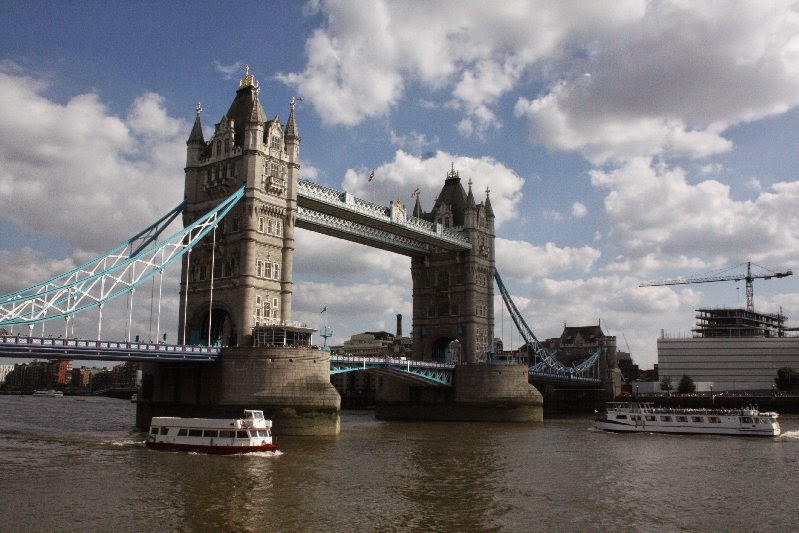 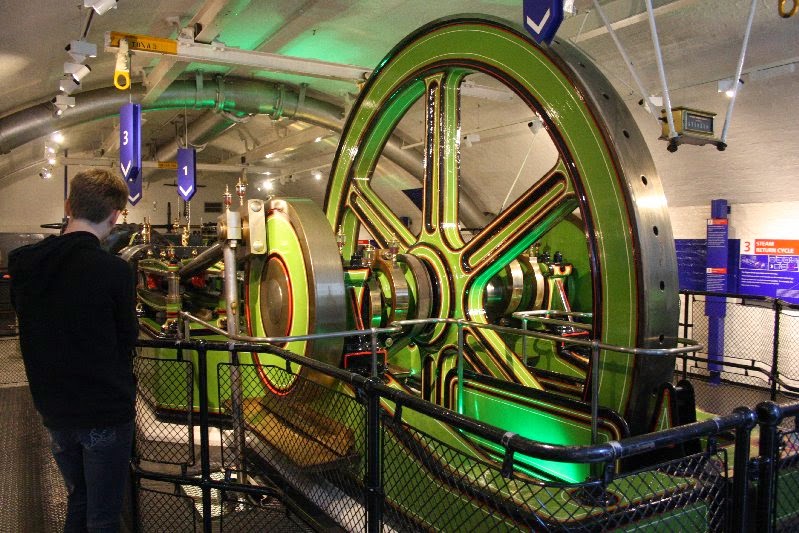 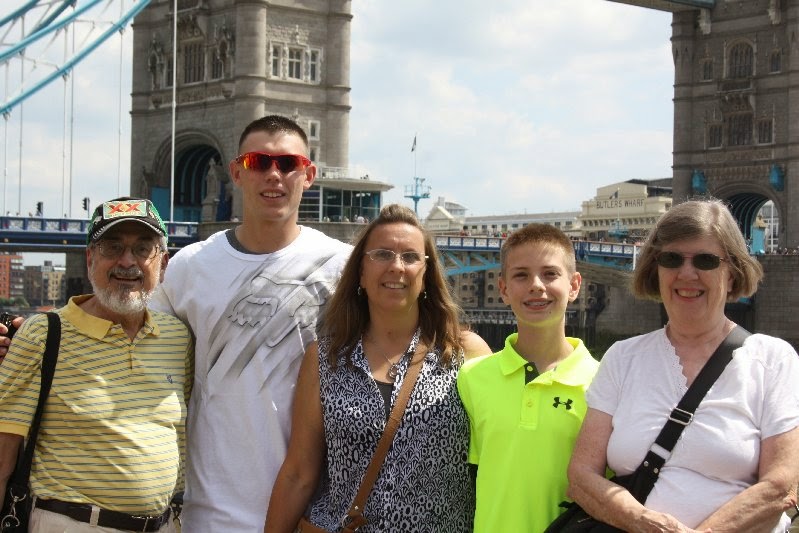 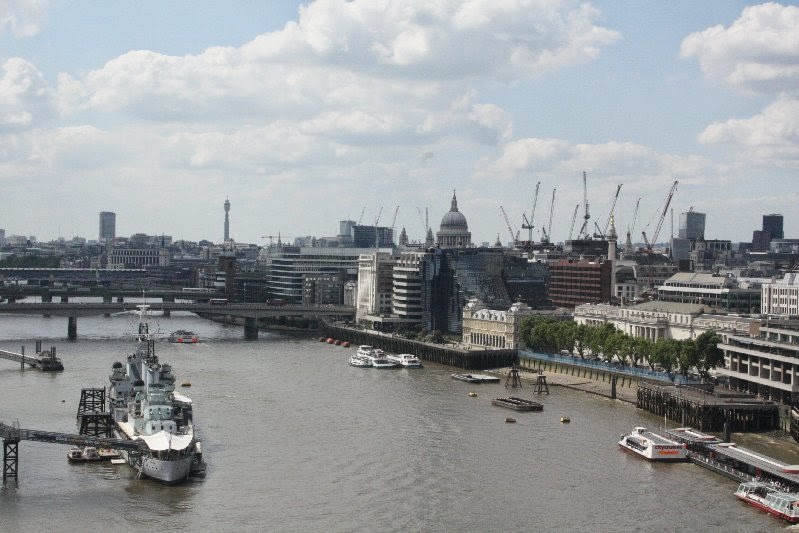