Ms. Lackberg is apparently the hottest selling author in all of Sweden and also very popular in Europe.  She may also now be catching on in the US.
I picked up The Ice Princess at our public library. It is apparently her first big hit and was started as she was taking a course in crime fiction writing some years ago. Check out her website at www.camillalackberg.com for more background. 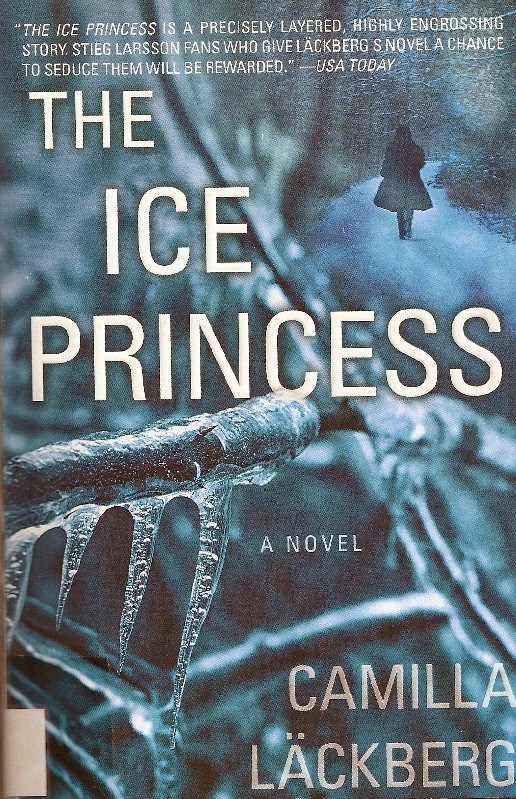 A beautiful woman is found dead in a bathtub in an unheated house and Erica Falck, a childhood friend of the dead woman, who has returned to the small Swedish seaside town of Fjallbcka after the death of her parents is one of the first to find the body.  Erica is a writer who has up to now been specializing in biographies of famous Swedish women, but the new death, which quickly turns into a murder rather than a suicide, drives her into the hunt for the killer.  One of the investigating detectives turns out to be an eligible divorced old friend as well and we have a nice little romance along with a tandem investigating team.  The peripheral characters, especially the writer's sister and the staff at the police station are beautifully drawn with a combination of reality and humor that makes their stories almost as intriguing as those of the suspects. The dark secrets of the past that drive the nasty goings on in the present are painstakingly dug out and there are ample twists and turns to keep you turning the pages. Lackburg's tendency to shift scenes in the middle of chapters is a bit bothersome, but once you expect it you can deal with it.


The atmosphere is indeed icy. The Swedish demeanor demands a heavy varnish of respectability and in all the novels of this genre it seems that the price of the present is plenty of buried and violent secrets.  Though the crimes are violent Lackberg doesn't offer us the kind of violence between the villains and the searchers that you see in Steig Larsen or Henning Mankell.  In that sense the book seems like a pretty straightforward old fashioned Agatha Christie. The action centers on the digging out of the truth not the confrontations with the villains.  What keeps it in the genre is the continuing attack on that myth of the Scandinavian social paradise.  According to these writers there are plenty of problems in the so called frozen Gardens of Eden up north.
I give it four stars **** and will look for some more of her work.