Review of Roma: The Novel of Ancient Rome by Steven Saylor 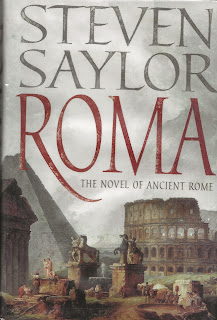 Roma: The Novel of Ancient Rome  by Steven Saylor

I am always the back fill guy.  Having recently read and reviewed Steven Saylor’s Empire: The Novel of Imperial Rome, I found a copy of his earlier work titled  Roma: The Novel of Ancient Rome at the Warren County Library. I can now report that it was fully as dense, detailed, and exhaustively researched as the later work.

Empire covers the early development of Rome from its mythological beginnings with the stories of Romulus and Remus to the rise to power of Octavian after the assassination of Julius Caesar.  The second book, which I reviewed a month ago, starts with Octavian (or Caesar Augustus) through to the Emperor Hadrian in 141 AD.

Roma begins the familial story that ties all of the ensuing events together. Saylor introduces the fictional Potiti and Pinarius genetic line and gives an elder of the family a golden “fascinum” or amulet that carries a sort of religious God anointed survival pass. It seems to work as each new inheritor generally manages to survive annihilation by being just far enough from the center of power to escape notice when the death squads appear.

Roma was not quite as easy a read as Empire because my grasp on early Roman history is meager. Although names like Coriolanus, Cleopatra, and Hannibal did connect,  most of the rulers and their accomplishments were not on my radar.  Nonetheless, since most of them were no more pleasant than Nero or Caligula in the later volume, the constant bloody animal sacrifices, the frequent even more bloody human assassinations, beheadings, self disembowelings, and mass murders do keep the narrative pumping.

Fun for me was the section that had the Roman playwright Plautus in the mix.  It was keyed to the success of one of his best comedies “The Braggart Soldier” and it did happen in a time when satire could exist without fierce political punishment.  Comedy can become sublime in the hands of a master and Saylor quotes  Plautus as saying “When men laugh, the Gods laugh, and for a brief time this miserable world becomes not merely bearable, but beautiful.”  It is sad that by the end of his life the wheel of fortune had turned again and the Plautine dictum  turned more to “I’d be glad to write a comedy, if I saw anything to laugh at.”

Saylor  makes little attempt to point out how some of the problems of those early Roman days were similar to our own.  On the other hand when you see hundreds of years of Heads of State grappling with territorial expansion, budget shortfalls, ethnic and class warfare, religious differences, and continuous challenges from cynically ambitious, power hungry politicians, you just have to see some current common pressure points.  Rule by force starts to appear to be easier and more efficient than agonizingly slow argument in their old Senate and our own. .

I also enjoyed the detailed account of the derivation of the term “Pyrrhic Victory.”  For the record the adventurous Greek King Pyrrhus was keeping numerous Roman legions at bay until the Romans decided to let him win small  battles in widely separated locations. This stretched the Pyrrhic supply lines and weakened the morale of the King’s commanders and soldiers. The fruits of this planned maneuver allowed the  Roman Appius Claudius Caecus to declare that if there are many more Pyrrihic  victories the King “may soon discover to his dismay that he has won one battle too many.   Winning the battle only to lose the war is now a “Pyrrhic Victory."

In sum, if you wish to read both books, I would recommend reading Roma  first and Empire second.  This keeps the historical progression intact and helps to keep the shadow fictional family more connected. Other than that I think you will find either one or both to be good historical reads and I recommend them. 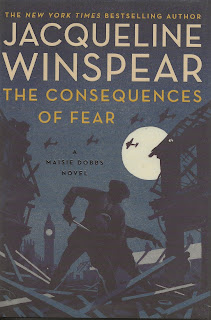