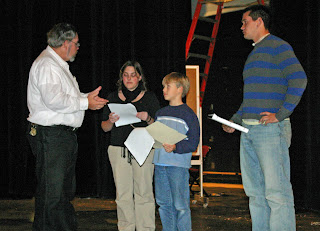 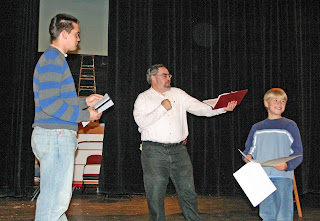 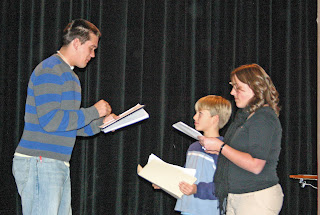 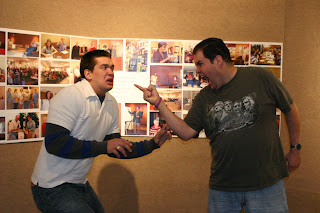 There is nothing that captures the mood of the season as nicely as Charles Dickens’ A Christmas Carol. Monmouth College and the Buchanan Center for the Arts are sponsoring this year’s production in the Wells Theatre and it features a cast of some fifty college students and townspeople. Public performances will take place on Thursday and Friday, November 29th at 7:30 pm and Saturday, December 1st at 2:00 pm and 7:30 pm.

Tickets are available now at the Buchanan Center during regular business hours or by phone at 734-5529. Special rates are available for families and senior citizens.

The production will be directed by Dr. Bill Wallace of the MC Theatre Department and designed by Prof. Doug Rankin. The leading role of Scrooge will be played this year by Monmouth College student, Trevor Newton. Bob Cratchet is played by Brian Wilcoxon and the ghosts of Christmas Past, Present, and Years to Come and Jacob Marley are being performed by Kristin Larson, Laurel Jane Buckley, Valerie Key, and Jeffrey Cervantez. The role of Tiny Tim will be alternated by Patrick Johnson and Connor Larson.

As the Wells Theatre has only 200 seats, you are encouraged to get your tickets early.
Posted by DramaJim at 9:10 PM