San Xavier del Bac: A Jewel in the Desert

The day was still gorgeous as we sped along Interstate 19 back toward Tucson from Tubac.  With some time to spare we decided to stop and revisit San Xavier del Bac--the historic mission founded by the Jesuit priest Eusebio Kino in 1692.  On our first visit some year's ago both the exterior and interior had scaffolding up as a part of a major restoration.  Now the site shines both inside and outside.


The current church building is a striking masterpiece of Spanish Colonial architecture and was completed in 1797. 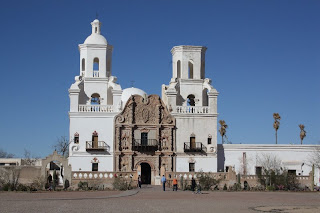 To give you an idea of what has been done to restore the exterior, take a peek at this shot from the mission museum that shows the structure in the late 19th century. 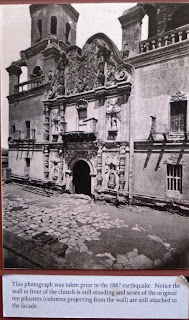 Now each an every detail beckons the amateur photographer. 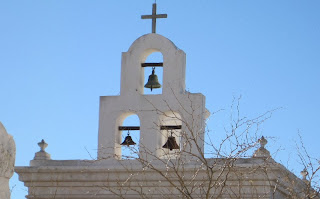 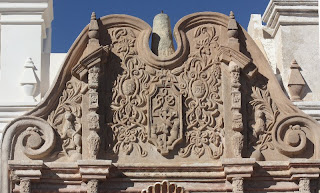 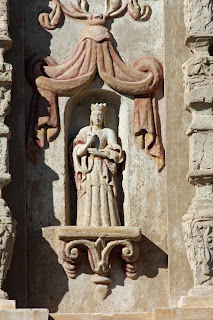 The long lens can capture some of the playful animal carvings on the facade. 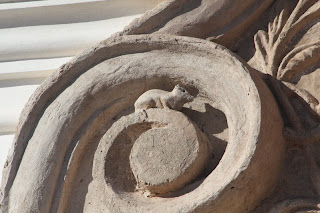 As well as the sweeping scroll curves that help anchor the towers, 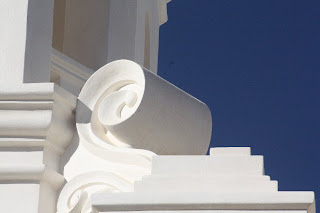 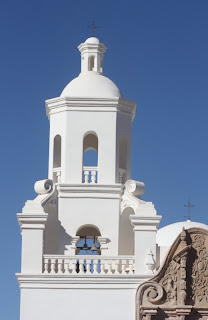 Upon entry you experience a striking change from the stark white stucco of the exterior.  As you approach the crossing the altar area explodes with color and fanciful statues. 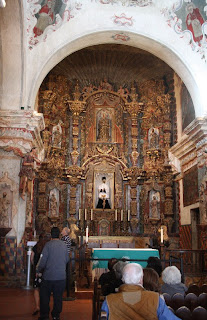 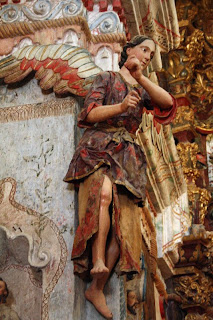 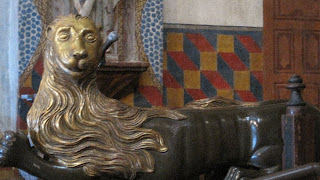 Above you the dome also displays some lovely painting 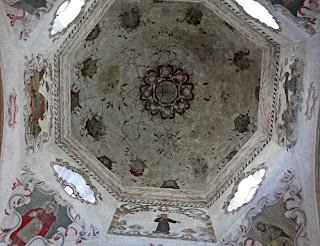 The East Transept honors Mary and her glowing image rises above a sea of votive candles. 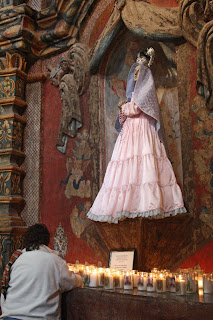 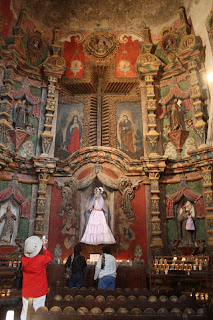 The West Transcept focuses on  the recumbent statue of San Francisco Xavier.  Pilgrims form a steady line to touch the vestments and literally move the segmented head of the saint as they pray for favors. 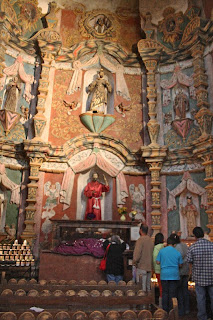 This bier is actually taken out of the church and carried at certain festivals during the year.  See the photos below from the Museum. 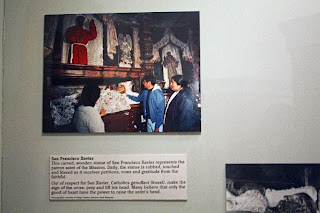 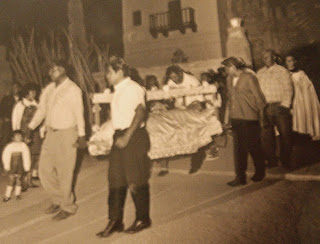 The mission continues to serve the Tohono O'odham natives of the area and that heritage is reflected in some of the figures inside and outside. 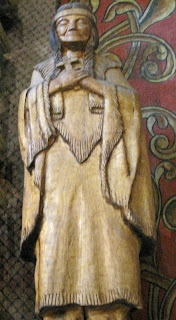 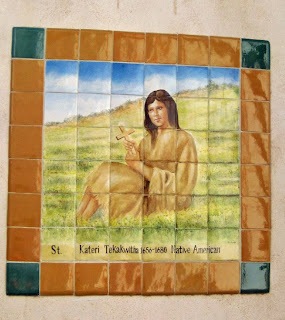 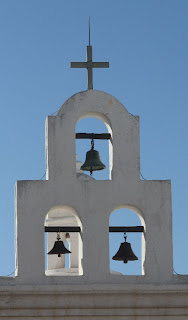 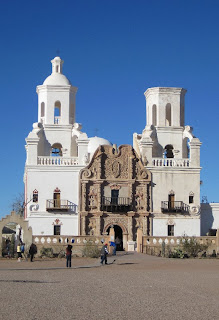 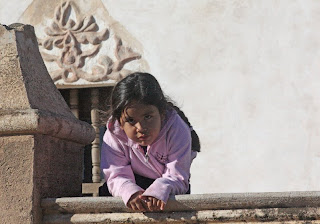