Our Pride and Joy Does Baseball

Having had the great pleasure of recording our eldest grandson's graduation with a Fire Science Degree a couple of weeks ago, it is now our pleasure to give some space to our youngest grandson's baseball heroics last Saturday.

It was a lovely late spring afternoon when Mikel donned his catcher's gear and literally led his Yankees to victory. 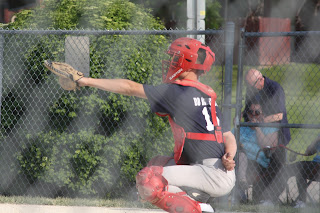 The game began with a flurry of walks and it was not long before his team was down by several runs.  Then they got a second wind and battled back to just short of the lead.  Mikel had struck out his first time up, but on his second shot at the plate he was looking for that right pitch and found it. 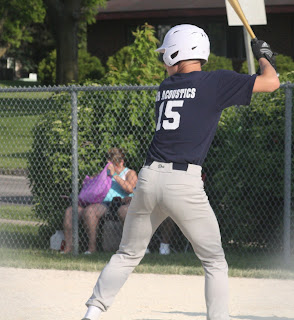 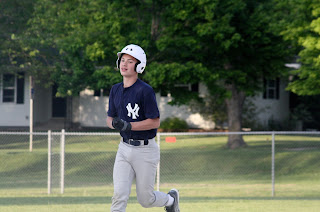 ﻿﻿Was he through?  No.  His team fell behind again and things looked dark once more--dark literally as the game had a two hour limit and we were approaching it.  The Yankee had clawed their way back to a tie at 14 to 14 and there was just five minutes left on the time clock when Mikel came up again with a man on base. 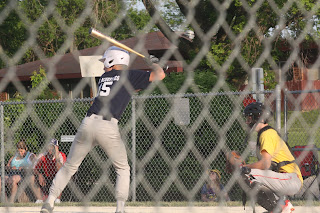 No four bagger this time, but a good clean solid single that knocked in the run and broke the tie.


﻿
﻿
Yankees on top for their first win of the season 15 to 14 with three minutes to spare. And our Mikel was a proud and happy camper. 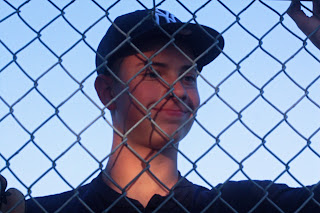 He even jumped with joy right over the top of the fence. Congratulations SLUGGER! We are proud of you. 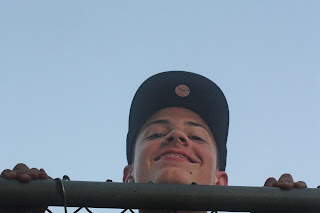