Christmas Greetings to all

I  have just finished a delightful memoir by Jacqueline Winspear, the creator of the Maisie Dobbs novels. She titles her book   This Time Next Year We’ll  Be Laughing.  The title came from an expression of hope used by her father who came back from the front late in World War II and found a London that was in smoldering ruins from the Nazi bombings.  This kind of hope expresses our fervent wish for every one of you for the coming year.  Who could have thought that in these pages, which I have normally used to celebrate the accomplishments of the year with humor and tongue in cheek, that all I can do is announce that we are alive and some of us are even still kicking.  With that in mind give me leave to organize this 47th annual Christmas letter around how lucky and privileged we have been in spite of the trauma all around us. 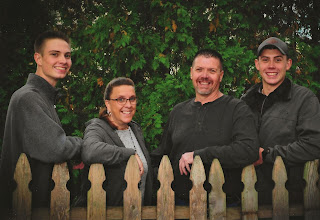 Pictured above from left to right are our daughter’s family-- Mikel, Amy, Todd, and TJ   As the vaccine trucks start to roll,  I salute first of all our grandson--TJ, a paramedic in Texas, who has been  a first responder on the front line for the entire year.  Next, I tip my hat to his mother and our daughter,  who has been  delivering  an education to first graders in an environment that is frankly crazy to the extreme for both  students and teachers.    Odd as it may seem, the government shortage of coinage during the pandemic has kept son-in-law Todd working overtime in a metal smelter in order to help keep our economy in small change.  Our second grandson, Mikel (who might have been the headliner in any other year) has only been valiantly trying to survive his freshman year as a member of a singular college generation.   Oh for typicality again rather than trying to live in an on-line, off-line,  on-line, off-line,  my dog didn’t eat my essay, the internet chewed it up world.  Don’t worry, In spite of it all, he seems to be doing just fine. 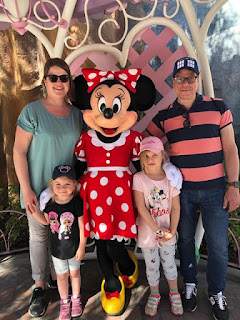 Although Jan and I have not seen Amy or any of her family in a long time, the distance between us and our son and his family has been more emotionally wrenching.  Amy and Todd’s boys are grown men.  We’d love to keep on hugging them, but not being able to hug our two five and eight year old granddaughters since February has been a trial that Skype or Face-Time cannot make up for. Here they all are.  Selma is the younger sprite and on the left. Frida, her older sister,  is on the right.

Luckily they all managed to travel from their home in Finland to visit us in Arizona in February. David’s Finnish wife, Lotta, had long wanted to see the American West. So they ventured out during the girls’ winter school break for a look-see at the  Rockies and the depths of the Grand Canyon. They ended up with us in Tucson for a week before  heading back to Los Angeles where they took the girls to Disneyland on the day before it closed.

2020 began on a note of joy ad happy expectation for the old folks. 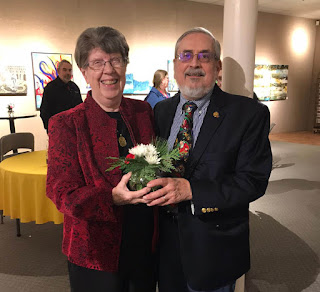 We started our drive to Arizona a few days after celebrating our 60th Wedding Anniversary and arrived in Tucson on New Year’s Day.  We ate fine Mexican food, attended exciting theatre, signed up for lots of lectures on art and western history, and tramped  the trails in  Sabino Canyon.  In February we had a glorious time showing David and Lotta and their girls the many joys of the Tucson area that we have begun to love over the last several years.

Then, not with a bang but a nasty whimper, it all went down the rabbit hole.  We settled down in our condo and nursed the vain hope that we could wait it out.  Even though we stayed an extra six weeks before we decided to risk driving back to Monmouth, our family home became just another space in which to hunker down.  Needless to say the “hunker” was longer and harder than anyone expected.  Our planned trip to Finland and London in the summer of 2020 never materialized and we have now been doing our service to the “war effort” by trying to aggressively self isolate until we can all feel safe again.  We walk two miles almost every day and have become Zoom consumers for things like Rotary meetings and AAUW book discussions.  We have tried watching plays and concerts on line,  but have found them less than satisfying in comparison to the real thing.   Especially for me, the guy who spent his working life creating live drama, this year has felt like a piece of my true heart has been ripped out.  I think Jan has handled things a bit better as she can be happier with quietly reading and doing her crosswords and knitting. The one positive about having more spare time is that both of us have spent more effort in working on our family  genealogy and experimenting with a lot of new recipes.

Yes,  it is a sad day in this sad month in this sad year of 2020 with most of us wishing we could have done more than just work to keep safe.  Even if there has been pain for you in the past months, there may be some solace in remembering  that Christmas does indeed celebrate a birth.  We are now resolved to wait patiently for Biden over Trump, vaccines over masks, real hugs over virtual ones, and dare we say it-- hope over despair.

I therefore claim with confidence that by This Time Next Year We’ll Be Laughing. 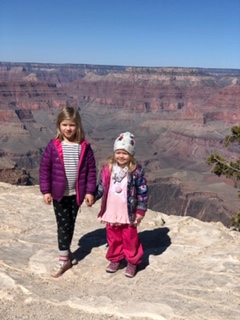 from Jim and Jan