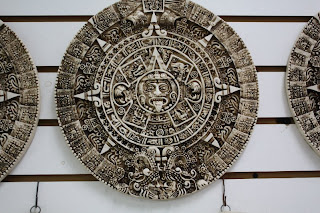 It began with a boy reading and loving Richard Halliburton’s Book of Marvels when he was around eight years old. The boy dreamed with all his might of seeing some of those fifty-five wonders of the world for himself someday. Sixty five years later there are twenty-five little checkmarks in the Table of Contents of my copy of that book.  That means that I've only reached about half of the places that Halliburton visited and wrote about in the 1930’s, but I am beginning to make a dent in the planet’s magnificent natural and man-made wonders. Specific dreams already fulfilled (all of which Halliburton covered) range from the Pyramids to the Parthenon and Mount Fuji to the Matterhorn.  In the past few years three more checkmarks have appeared.
My wife and I traversed the Panama Canal (though we did not swim it as Halliburton did); we have visited Niagara Falls (only fifty-one years after we were married); and this past week we experienced the thrill of walking on the sacred ground of the Maya at Chichen Itza in Mexico’s Yucatan peninsula. 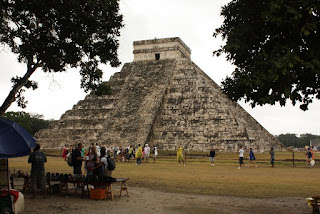 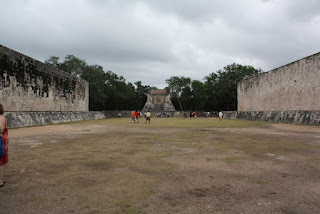 There are four major structures to be seen at Chichen Itza. The signature temple called “El Castillo” (pictured above) is over 200 feet high. The ancient ball court is the largest ever found and the astronomical observatory was the central location for the Mayan priest’s study of the skies and the development of their astonishing  calendar. 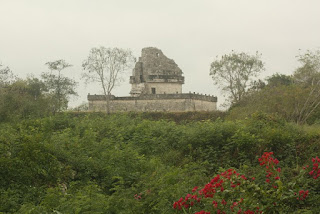 But my interest always centered on Halliburton’s description of the sacred well where (according to his somewhat hyper-ventilated narrative) gold bedecked Mayan maidens and armored Mayan warriors were sacrificed to Yum Chac the God of Rain by propelling them off a ledge and down some eighty feet to their watery deaths. 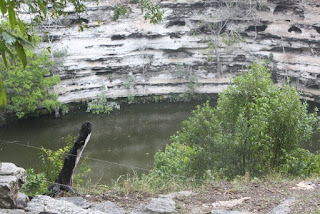 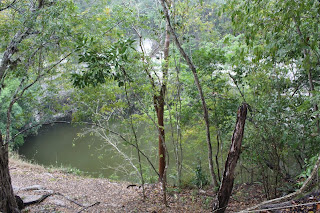 Although Halliburton's prose is a bit too breathless for today's media generation,  to a kid in Milwaukee in the late 1940’s it sounded like heavenly music. To top off his visit Halliburton wanted to experience what it might have been like to be thrown into the well so he jumped in himself.  A grainy picture of his leap appeared in the book and that photo entranced me then and fired my drive now to see that place. 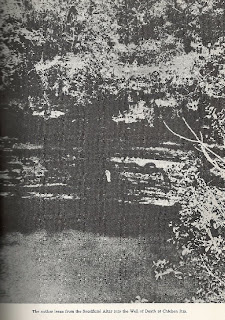 Here he is dropping like a stone to the green algae covered surface of the water. He said he got quite a headache from hitting the water. Luckily they don’t allow jumpers anymore, so I was spared from trying to completely emulate my hero.  And besides it was already raining so Yum Chac didn't need my contribution. 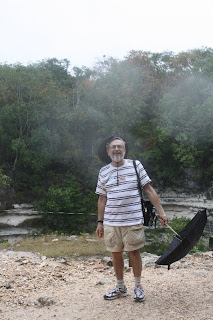 Look for more in the next week as I put up some additional material on our trip.
Posted by DramaJim at 1:57 PM