As I noted on my Facebook page this morning, yesterday was a great day.  It started out with an invigorating walk with Ned's troupe at Sabino Canyon where some nice butterflies were out and nectaring.

We saw and got good photos of the Queen who was in the Wolfberry bush. 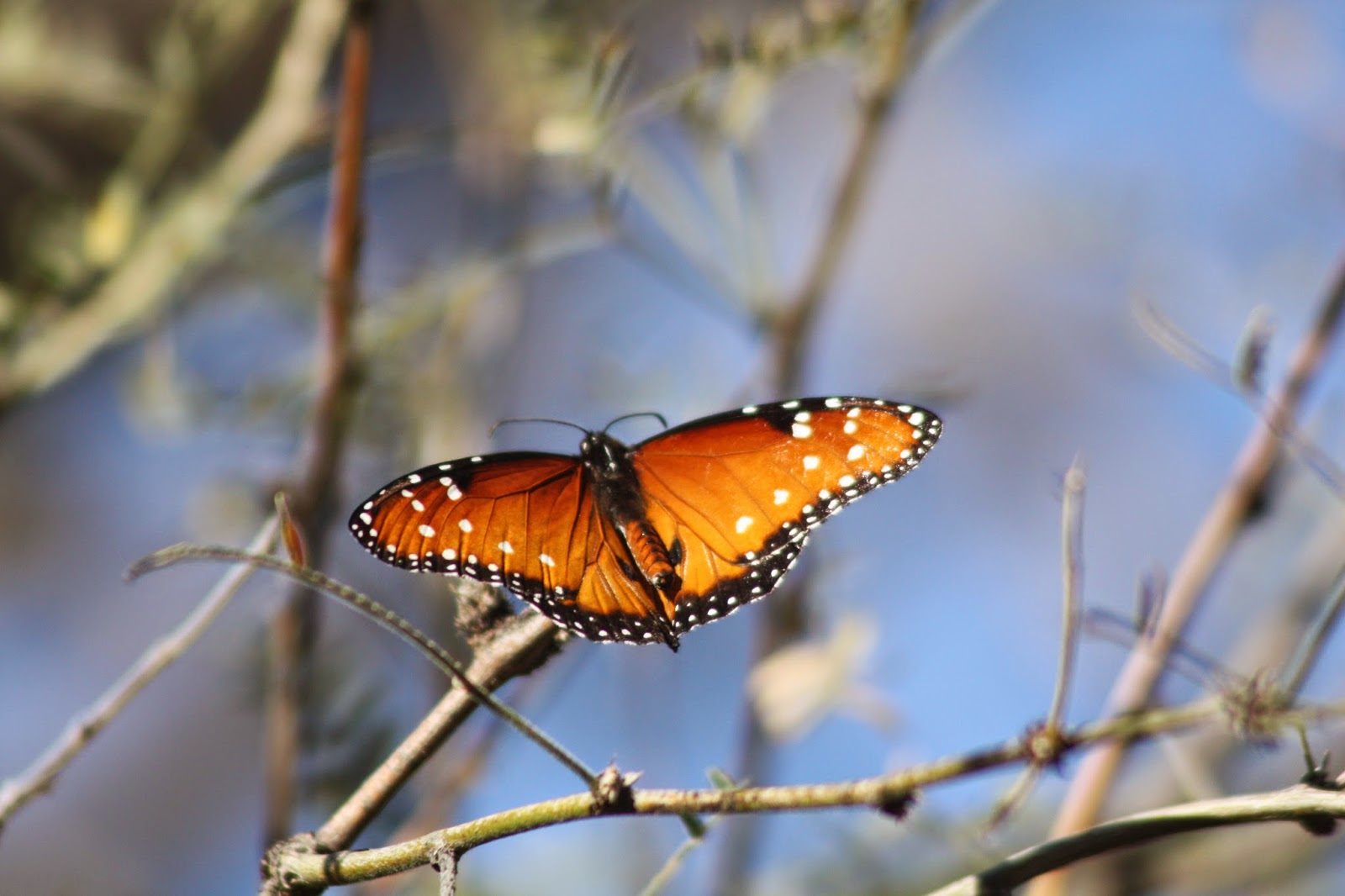 and the Sara Orangetip nectaring from a Fiddleneck bloom. 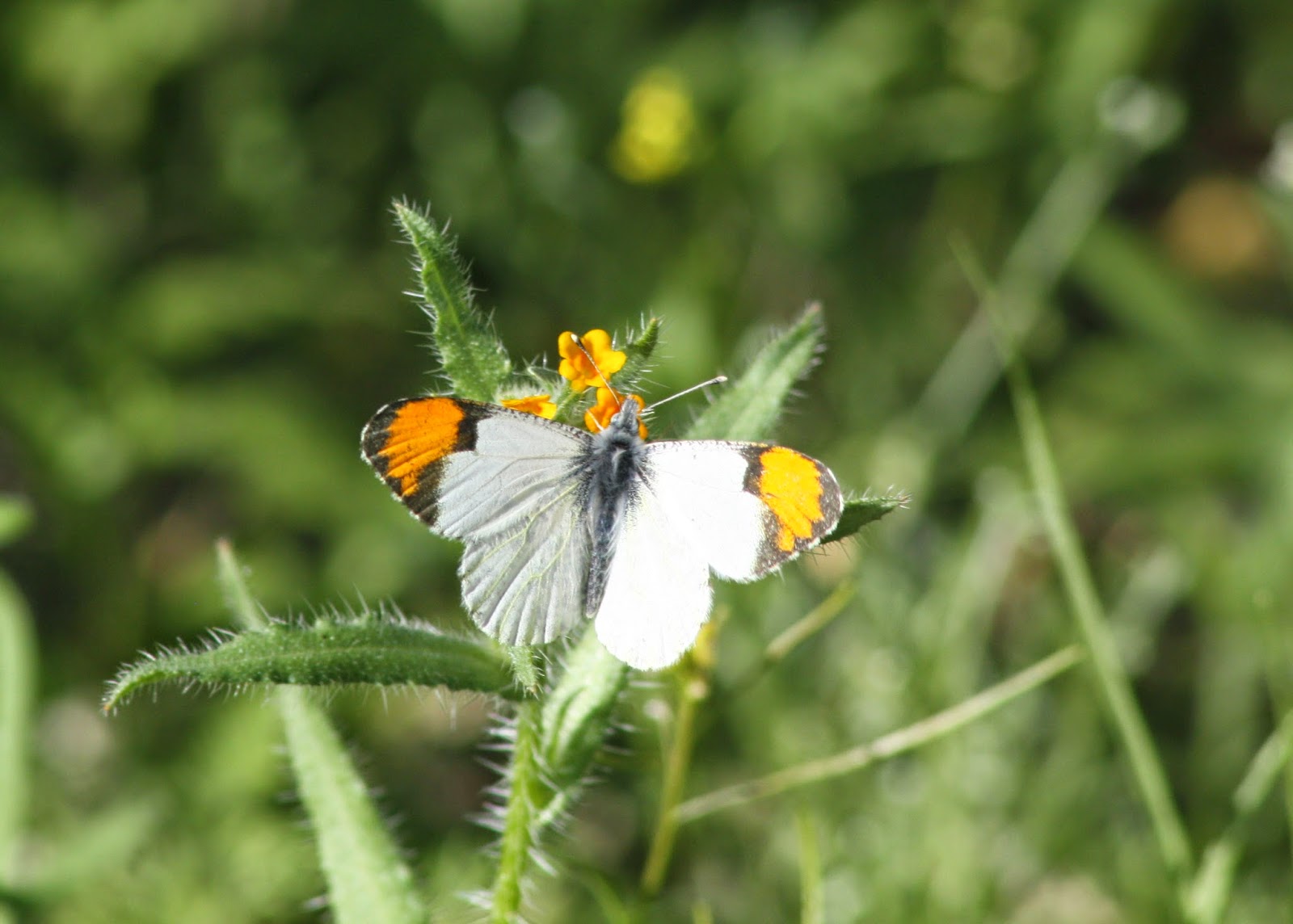 Also a  not so good photo of an American Snout. 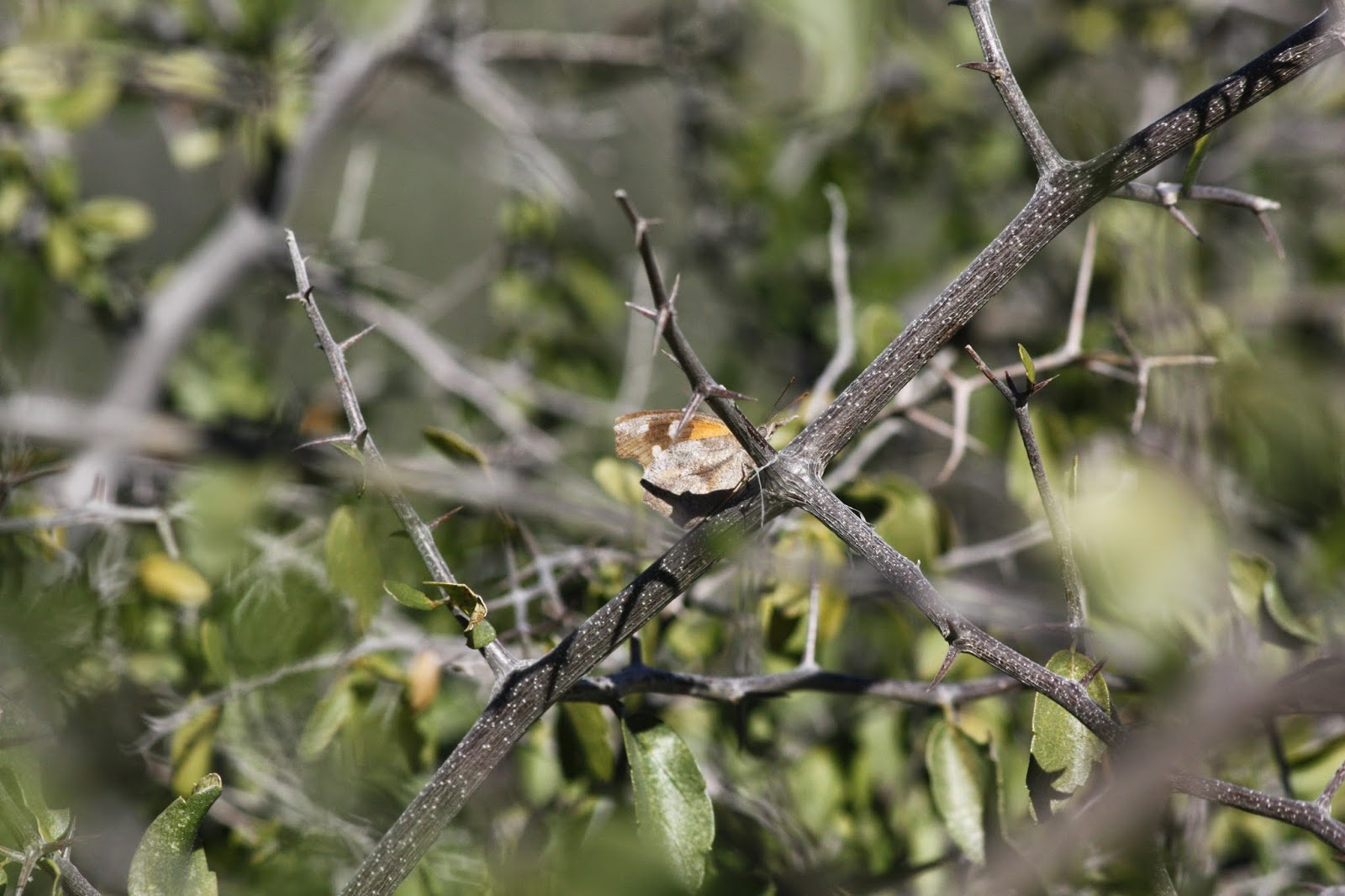 Wild flowers are also appearing with greater regularity each and every day.
Below, we think,  is some Lacepod Mustard. 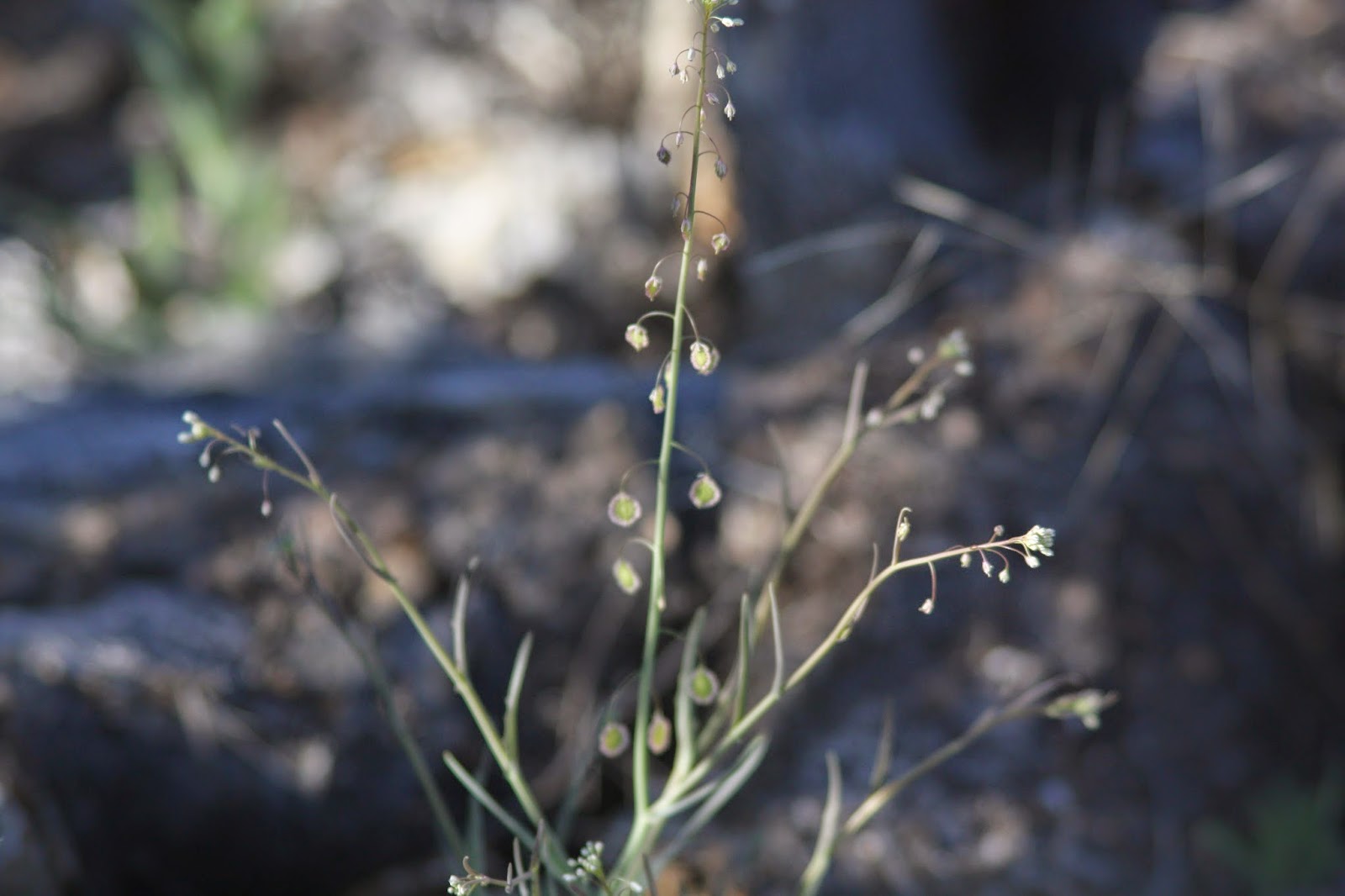 Then a Yellow Desert Evening Primrose.  They are now appearing in force. 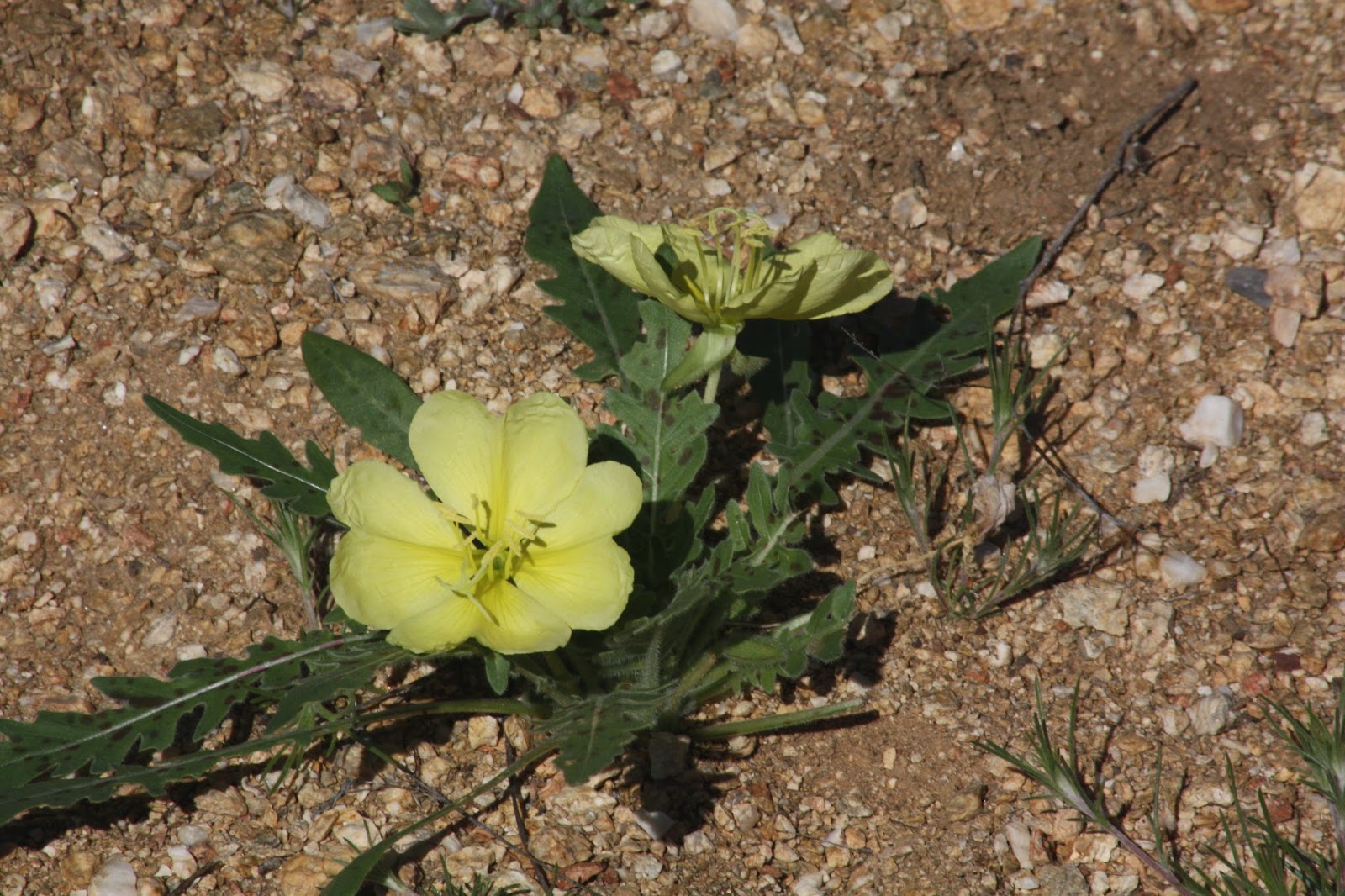 This is something called Toad Flax 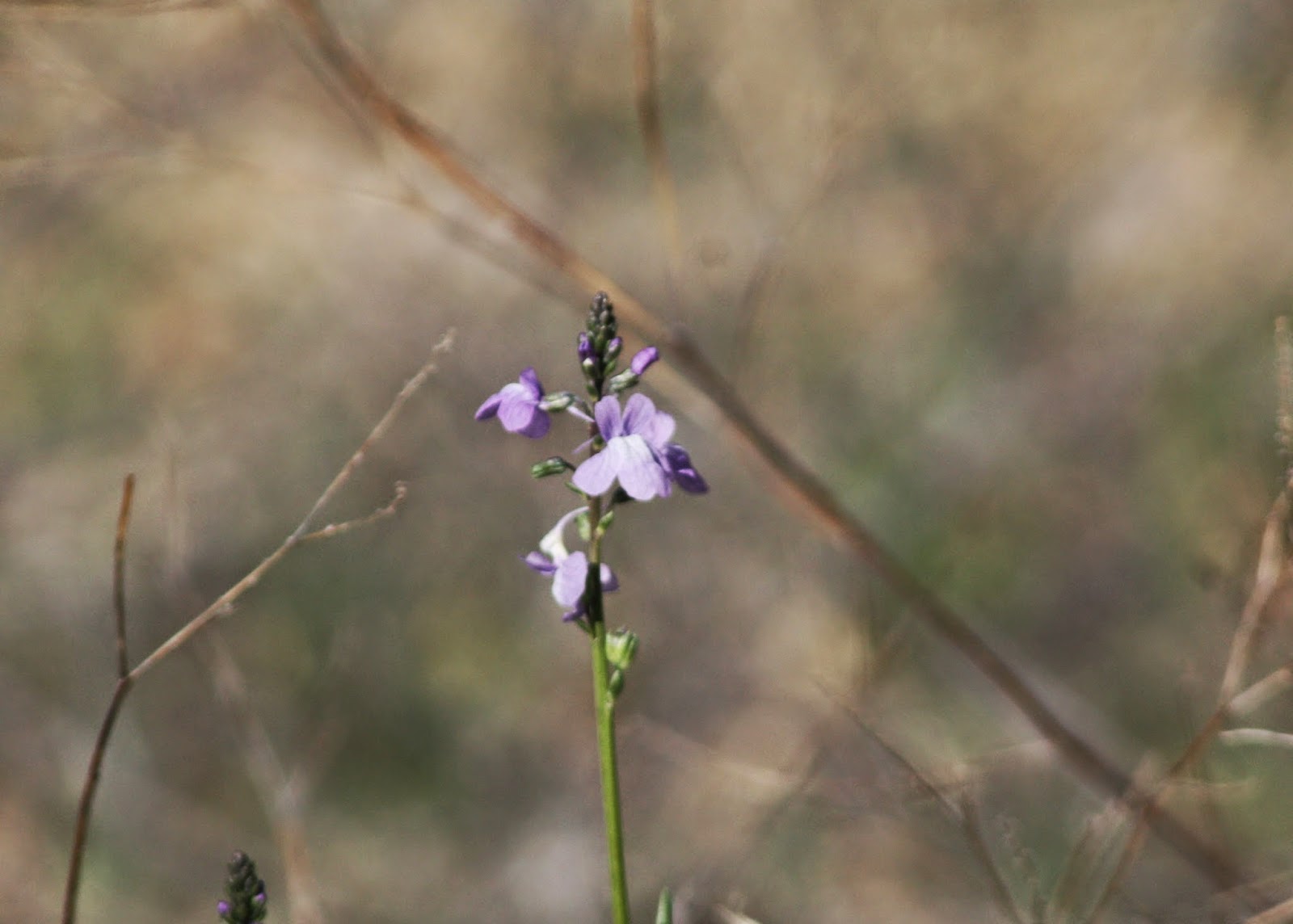 The miniscule Filaree are appearing in clumps rather than isolated. 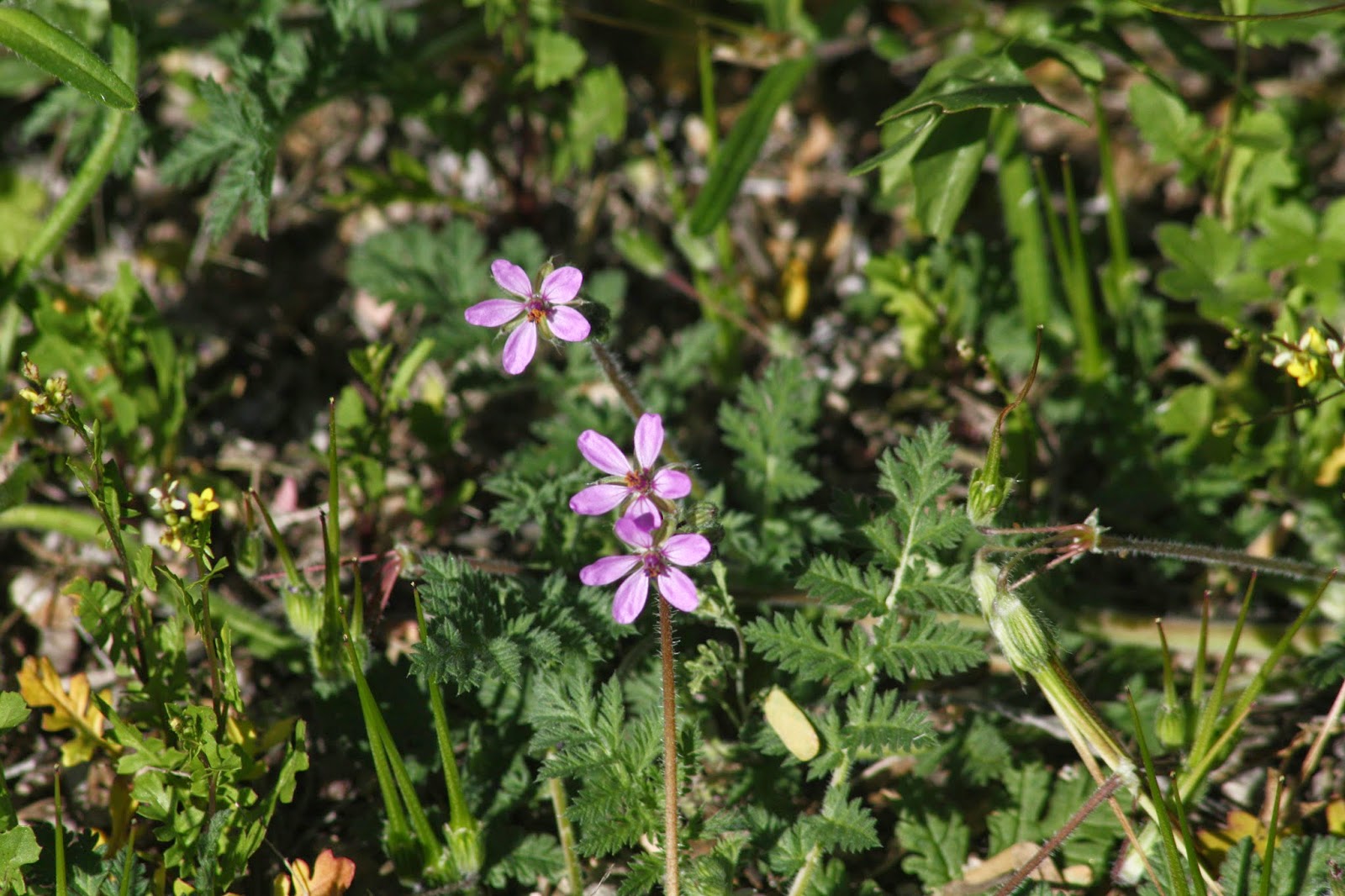 Cacti can get colorful too.  This tiny Pin Cushion is sprouting some red chili pepper like fruit. 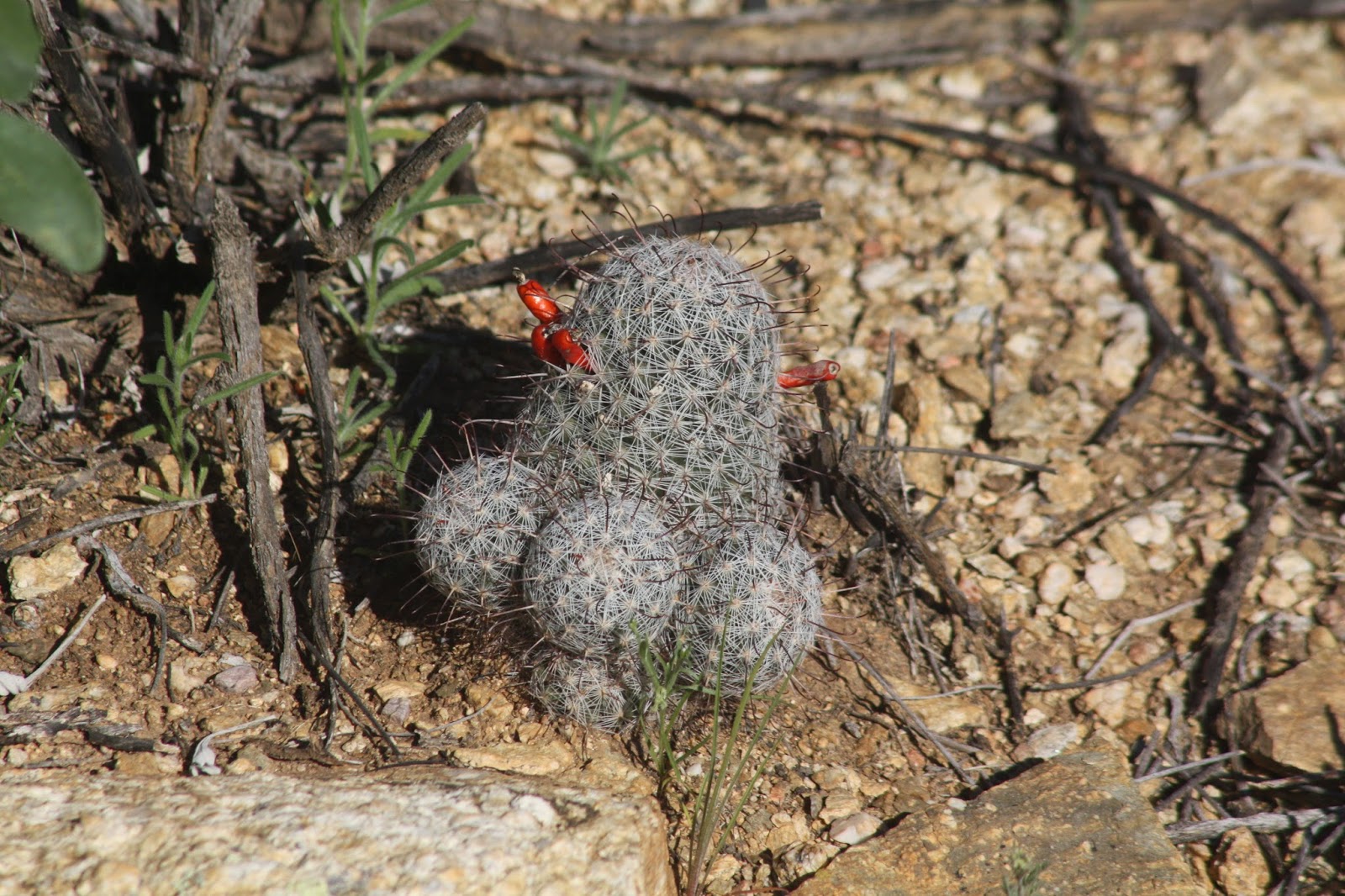 Birds continue to make for enjoyable sightings as well.  Below are four Western Bluebirds and Four Cedar Waxwings. 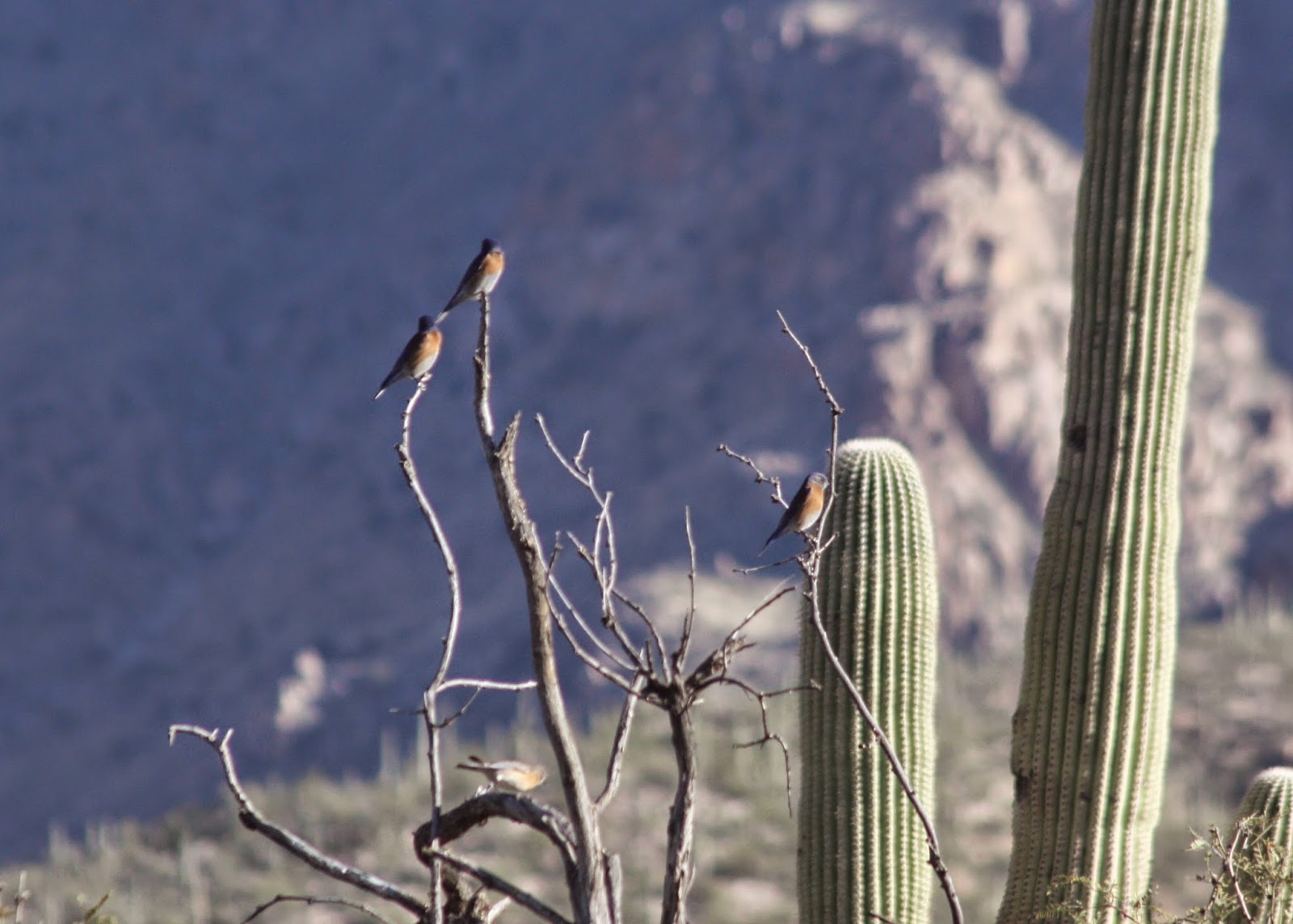 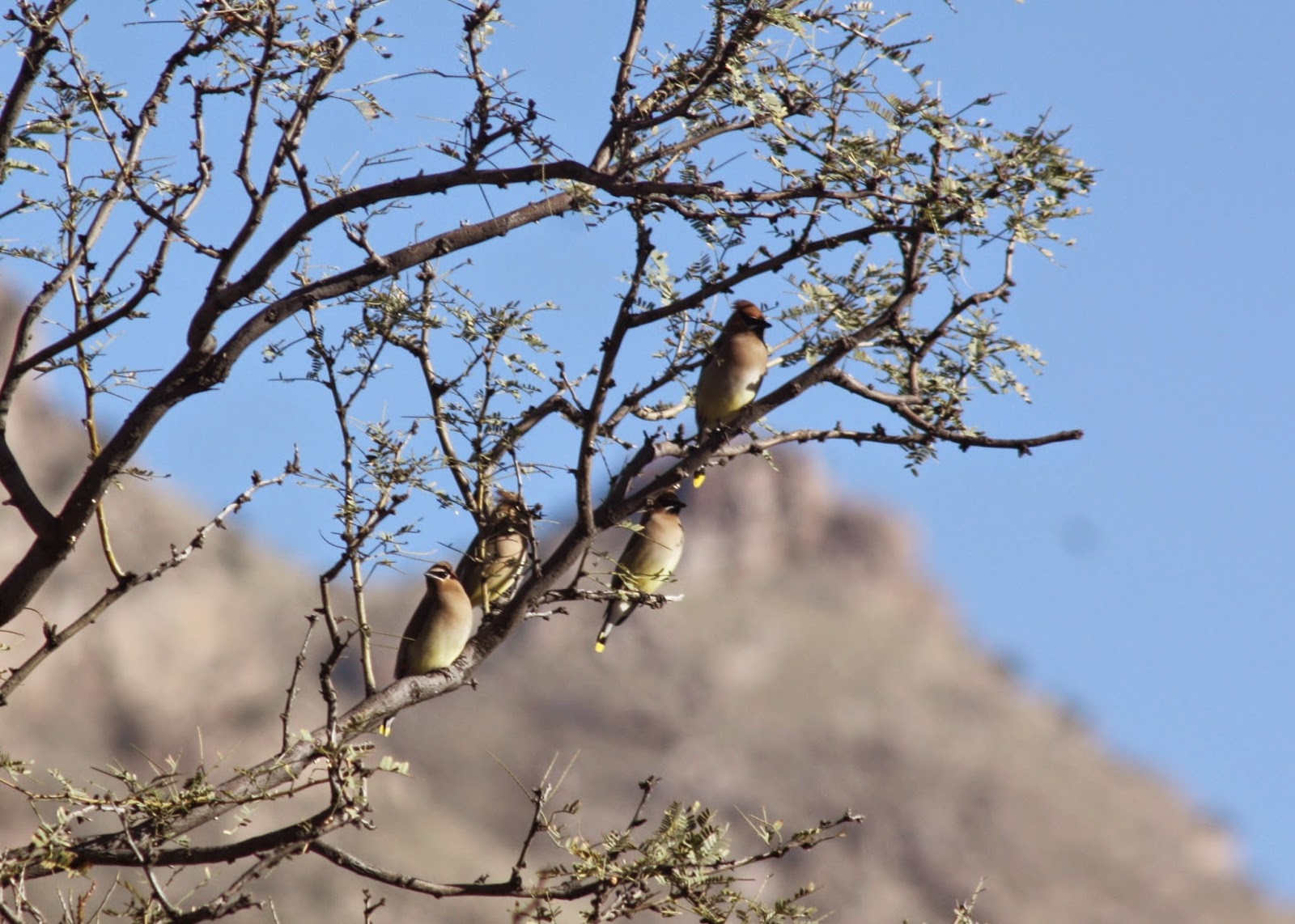 The Side blotched lizard is most common we've seen so far.  No Gila Monsters yet, but a sighting has been reported in the park. 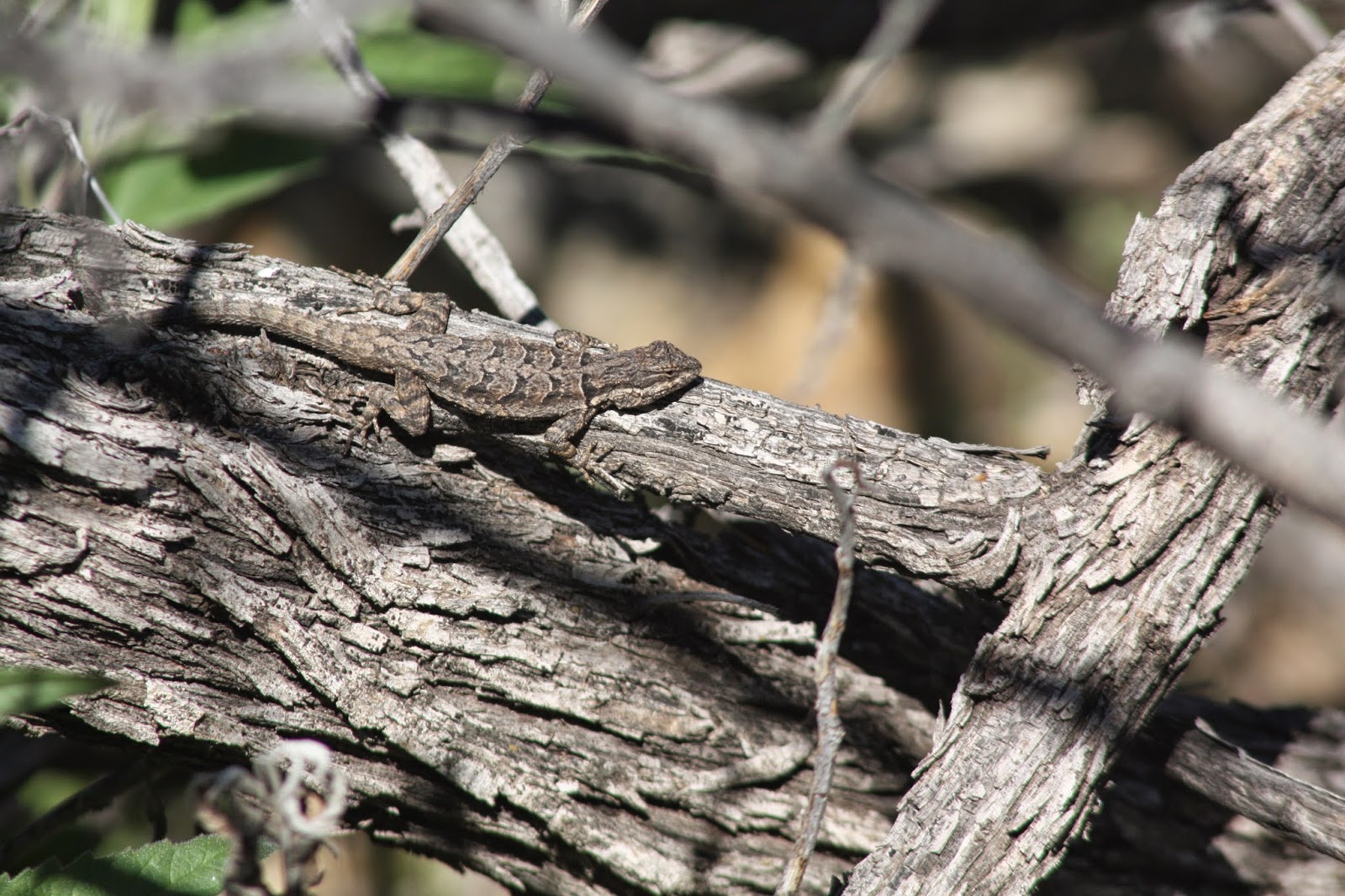 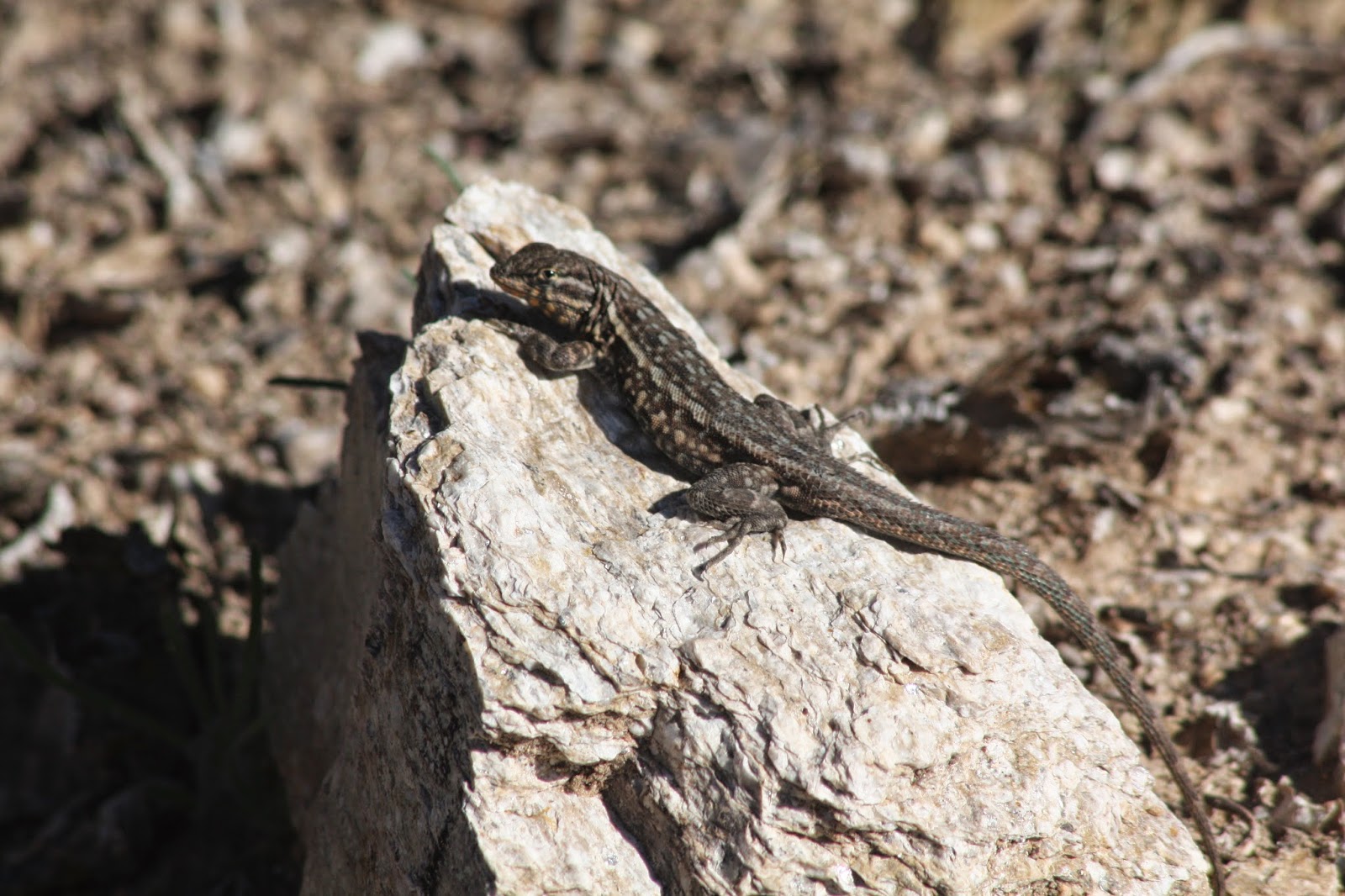 After the walk we had a lovely lunch with an old fraternity buddy and his wife over in Oro Valley.
We had not seen each other in five years. They couldn't make our 55th reunion.  Lots of old times as well as checking up on what our children were doing.

Mid afternoon found us at a lecture in the auditorium at the Western National Park Store. A Sonoran borderlands rancher by the name of Richard Collins was talking about his book titled "Riding Behind the Padre."   His rundown of various horseback rides along routes taken by Father Kino, the great southwest Jesuit Missionary, was mixed with common sense comments on history, the environment, immigration, and drug trafficking.  He was a reflective soft spoken man who lives and works on the border. His views were quite refreshing and far more practical than anything one hears from Washington or from the crazies around the country. He did not feel he was living in a war zone. He claimed he felt it was safer on his land than on the streets of any big city. Another of his quite ration views was that no fence will solve the border problem as long as Americans continue to purchase billions of dollars in illegal drugs each year.  Just as in Prohibition, if there was a desire there would be ample criminals to fulfill it.

The day was completed with drinks on the balcony,  a nice dinner,  and some nature programs on PBS.     Yup! A great day. 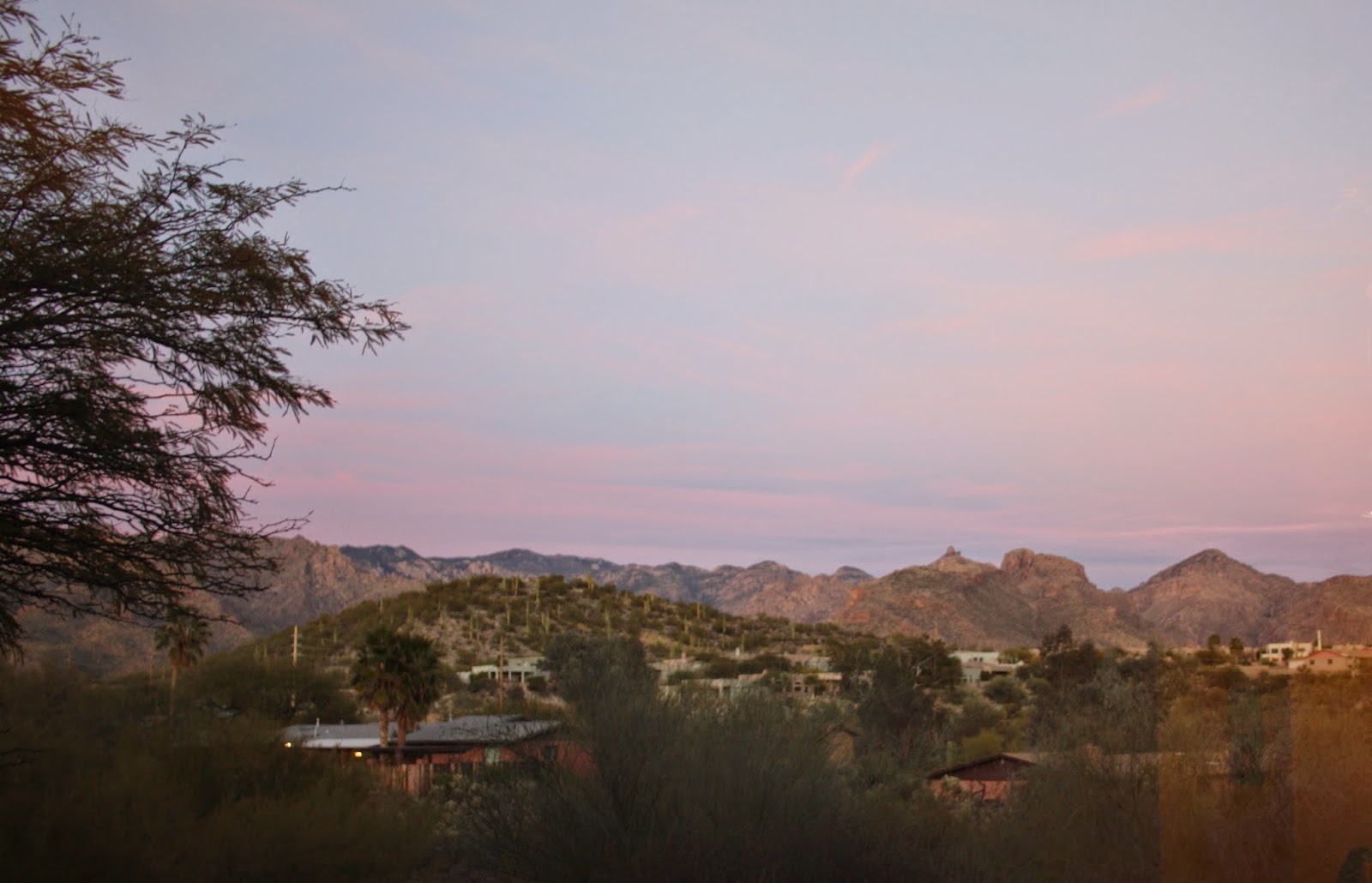