Arriving in Astoria  "Ocian in View, Oh the joy!"

Well here we are in Astoria. at the mouth of the Columbia River and the final destination for Lewis and Clark and the Corps of Discovery in 1805. During the night we ran all the way downriver and past Portland and by morning we were docked at a pier close to the downtown. 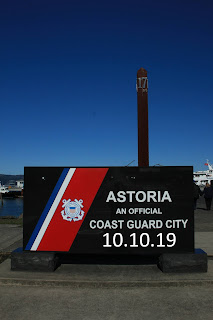 The river is more like a huge lake now and it clearly is a sailing heaven. 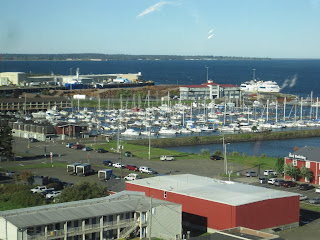 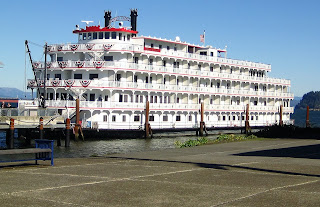 And a new sight-- ocean going vessels anchored. in the bay. 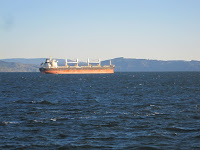 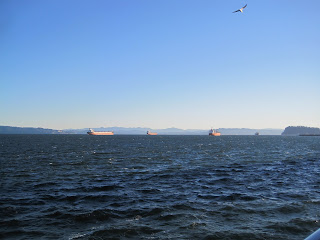 To get you further situated to what Lewis and Clark found, let's go to the highest hill in town that is made even higher by the Astoria Tower.  It is modeled after Trajan's Column in Rome and like the one in Rome depicts the history of the area in a series of pictures moving around the outside. 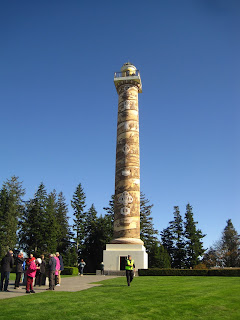 There was no elevator so we did not choose to make the climb, but our young tour photographer did share some photos from the top.  You can see the Pacific and the treacherous shifting Columbia Bar that protects the mouth of the river and has always been a challenge to sailors. 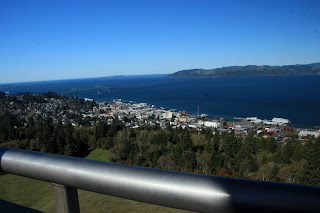 I discovered you could see almost as much from the parking lot as from the top of the tower.  Here is the same view from ground level. 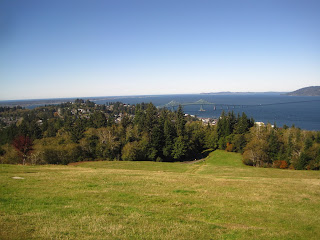 For some a map view can help envision the lower river.  The town and tower are on the south side of the river at the bottom of the map.  The pink color highlights the continued danger posed by the shifting sands of the bar at the mouth of the river.  This channel has been named "The Graveyard of the Pacific" and over 2000 vessels have sunk and more than 700 people have lost their lives since the 1700's. 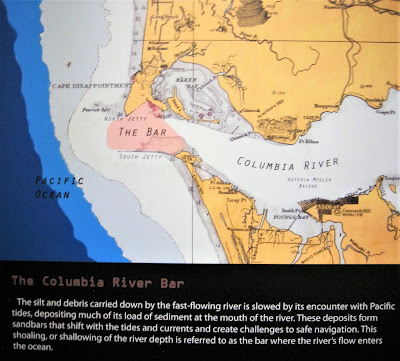 The magnificent Columbia River Maritime Museum, which was literally at dockside for us,  is packed with displays on the nautical history of the river from ancient times through WWII and the present. 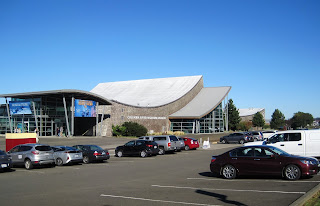 Several other rivers flow into the Columbia from the south. Looking again from  the Astoria Tower parking lot,, you can see them clearly. 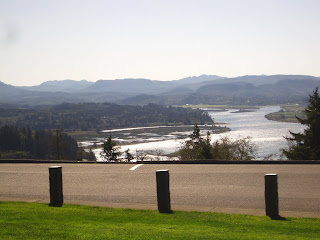 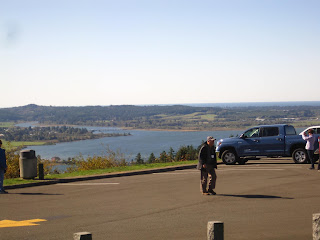 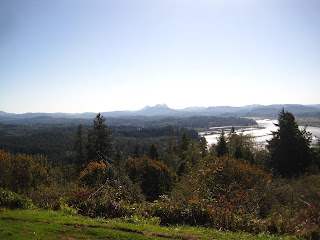 Our morning tour took us over the Astoria Bridge to the north side of the river.  This bridge replaced a ferry service when it opened in 1966.  It is four miles long and has a central span that allows even the largest ships to pass under it. 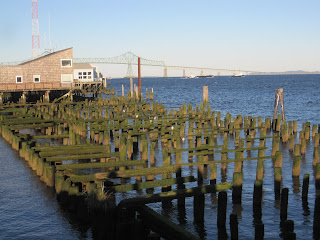 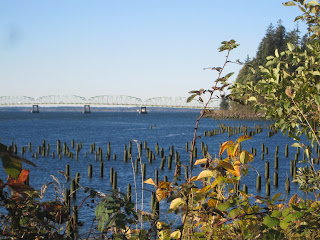 Here we are heading up to the highest part of the span. 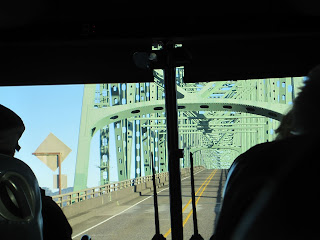 We still have a long way to go. 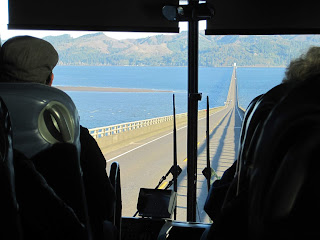 We are heading now for Dismal Nitch.  If you want to know why it was dismal and why it was a "nitch"  you will have to take a look at the next chapter. 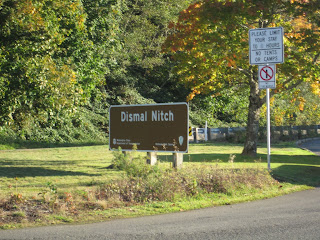